The region is setting the course for a smooth ride of success. 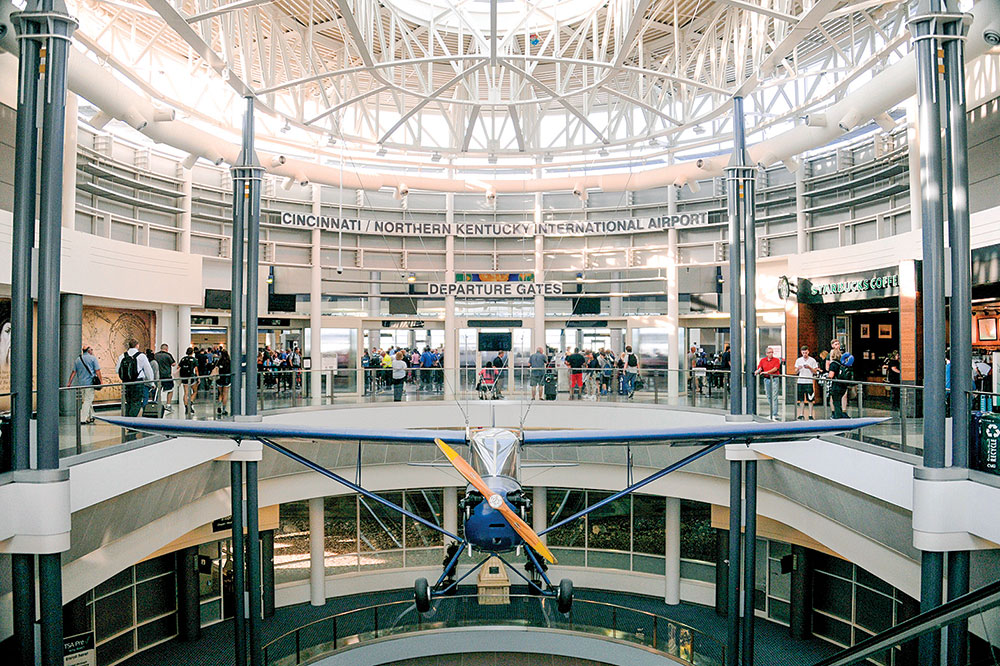 It’s rather easy to get to and from – and through – the urban cities, suburbs and wide-open spaces that make up Northern Kentucky.

Transportation assets include Interstates 71, 75, 275 and 471, which are major north/south and east/west connection points and a large reason the area’s average commute is only 22 minutes.

One Northern Kentucky resident whose commute time is even shorter is Katie Raverty-Evans, who lives just outside of Burlington in Boone County and works in Burlington as the government affairs manager for Best Way Disposal. Her commute time is only five minutes.

“I work in the waste and recycling industry, so the mobility of the region is important because our trucks are moving every day within Northern Kentucky communities,â€ she says.

“Our trucks travel every bit of road space in Northern Kentucky, plus my husband is a police officer, so he also drives these roads all the time.”

Raverty-Evans points out the obvious, that much road construction is occurring throughout the Northern Kentucky region.

“Sure, it’s inconvenient for the time being, but road system improvements are needed and everyone around here realizes that,â€ she says. “Once the construction is finished, travel in this region is going to be great.”

Ryan Heitkamp lives in Anderson Township, Ohio, and has an 18-mile commute each day to Armor USA in Hebron, where he is vice president of operations. The company manufactures vehicle, body and combat armor products. Like Raverty-Evans, Heitkamp also knows the road construction upgrades will benefit motorists. In the meantime, Armor USA has made some decisions to deal with the situation.

“For one thing, we have implemented a lot of flex schedules so employees can beat the traffic in the morning and afternoon as much as possible,â€ he says. “Road construction is always a headache, but the end results will be worth the wait.”

To point out a truly positive aspect of transportation in this region, Heitkamp is quick to mention the Cincinnati/Northern Kentucky International Airport (CVG).

“Armor USA is a French-based company, and CVG has flights into Paris every day, which is very convenient for us,â€ he says. “It’s quick to get through security at CVG – you don’t need to get there two hours early like at bigger airports. CVG is a big reason why Armor USA located in Hebron 20 years ago.” 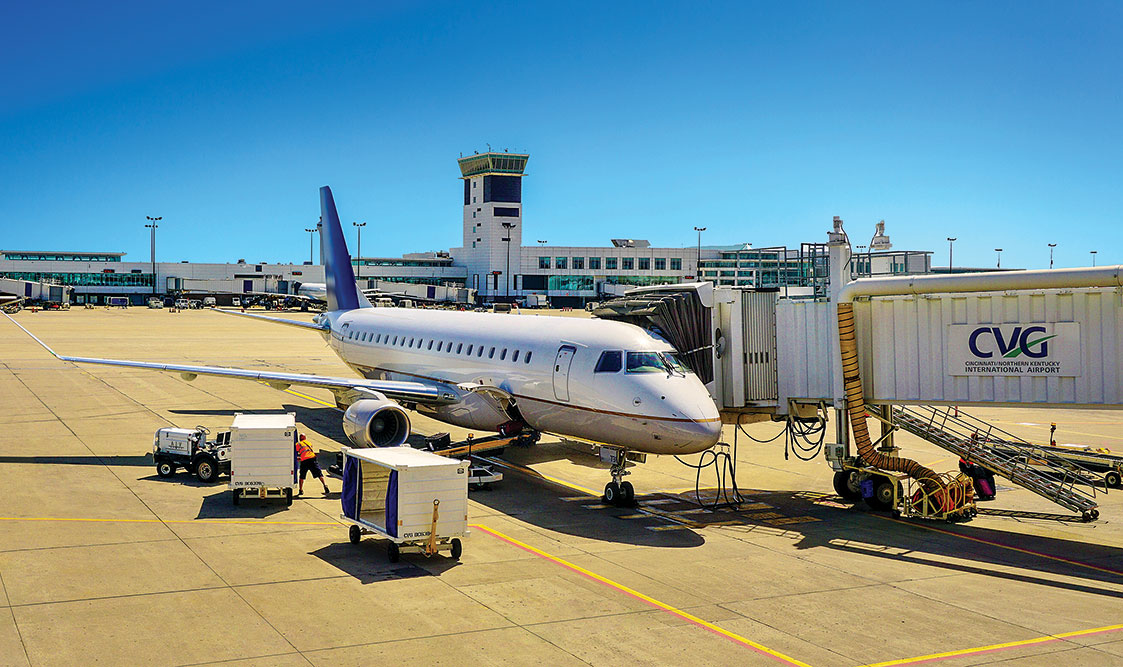 CVG served 8.9 million passengers in 2018 and remains a key economic driver in region, delivering an annual impact of over $4.4 billion and providing more than 31,000 direct and indirect jobs. In addition, CVG is the eighth-largest cargo airport in the U.S. and home to DHL’s North American hub, one of three global “Super Hubsâ€ from which DHL Express serves 220 countries.

In addition, Amazon has announced plans for a $1.5 billion cargo hub on the south side of the airfield that will support a fleet of over 100 Prime Air planes.

“For the past several years, CVG has been one of the fastest-growing airports in the U.S. for both passengers and cargo,â€ says Candace McGraw, CEO of CVG. “The airport connects people and goods to places all over the world, and within this region, we are the front door and often the first impression for visitors.”

McGraw adds that many projects are happening across the airport campus, including construction of a new aircraft maintenance and repair hangar, a new general cargo facility, a new roadway to the terminal and rental car facility, and development of the Amazon Air cargo hub.

“We take our role in the community very seriously, with a strategic plan focused on how we can be a good community and business partner,â€ McGraw says. “With low fares, 50-plus nonstop destinations and being a logistics epicenter, companies we serve are able to get their employees to interact face to face with clients to get business done, and they get their exported goods to other corporate locations around the world.”