Louisville is carving out a national reputation for inclusivity, pride and fun. Here's our guide to the city's thriving LGBTQ scene. 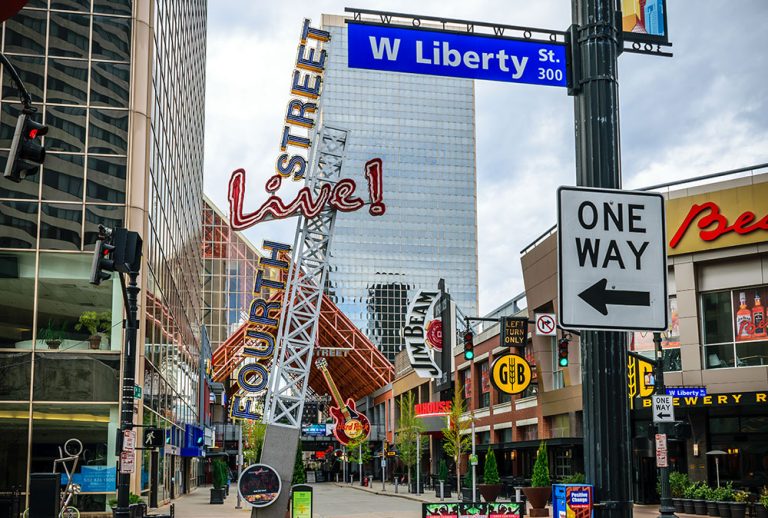 Louisville may be best known as home to Muhammad Ali and the Kentucky Derby, but it is quickly making its mark as a queer-friendly destination. With a host of LGBTQ-friendly neighborhoods, events and businesses, this vibrant city welcomes those seeking an inclusive place to live, work and play.

If you are looking to move to or visit Kentucky, but want to find the most accepting environment for your family, here are five reasons Louisville should be on your radar.

Thanks to Mayor Greg Fischer, Louisville makes Kentucky proud by being the first and only city in the state to earn a perfect score on the Human Rights Campaign 2017 Municipal Equality Index (MEI) which examines how inclusive a city’s municipal laws, policies and services are of LGBTQ people who live there. Fischer is a staunch supporter of the LGBTQ community and promotes working towards a city that is inclusive and embraces diversity.

Just minutes from downtown, Old Louisville is one of the city’s most diverse neighborhoods and home to Central Park where residents enjoy relaxing picnics, concerts and the summer tradition of free theater in the park during the Kentucky Shakespeare Festival. The gay-owned Vu Guesthouse and Vapor are both located in the Smoketown neighborhood. Vu is a stunning 34-room luxury boutique hotel born out of a renovated tobacco warehouse, and adjacent to it visitors can enjoy Vapor’s amenities as a men’s spa, fitness center and bathhouse.

Purrswaytions, the city’s only lesbian bar, is located in the Germantown neighborhood (and everyone is welcome, of course). While the Clifton neighborhood, which is known for its diversity, draws the artsy set in with an array of locally owned boutique shops and art studios.

Louisville shows its pride not once, but twice a year with two well-attended festivals. Locals show their true colors every June as they don their rainbow covered clothing at Kentuckiana Pride where festival-goers enjoy perusing the festival, attending concerts and joining the annual parade over the course of two days. The community brings on the fun and fanfare again for one day each September with the Louisville Pride Festival. The event includes a day filled with music, dancing, drag performances, art and an array of local vendors.

The queer community is guaranteed to feel at home in Louisville with its array of LGBTQ-Friendly Venues. Pandora Productions is a gay theater company that offers performances throughout the year. Along with the pride festivals, Louisville has an annual LGBT Film Festival that is currently in its eighth year. This event is specifically designed to celebrate the LGBT community by sharing its stories through narrative and documentary films.

Locals can catch an array of queer performances and dance parties at Play. And even mid-day meals are fun with Le Moo’s famous drag brunch. Louisville also has its own LGBT magazine, where residents can find out everything they need to know about their community.

According to data from a 2015 Gallup survey, Louisville has a surprisingly large queer population. In fact, on the list of metropolitan areas with the highest number of LGBT residents, Louisville comes in at number 11. With San Francisco unsurprisingly at number one and LA at number eight, this is no small feat. For those interested in moving to the area, it guarantees access to a sizeable community in a city that not only embraces but also values diversity and promotes equality and acceptance of all.