Skip to content
Home > KY > Louisville > Where to Live Now > 6 Reasons to Move to Louisville, KY

6 Reasons to Move to Louisville, KY 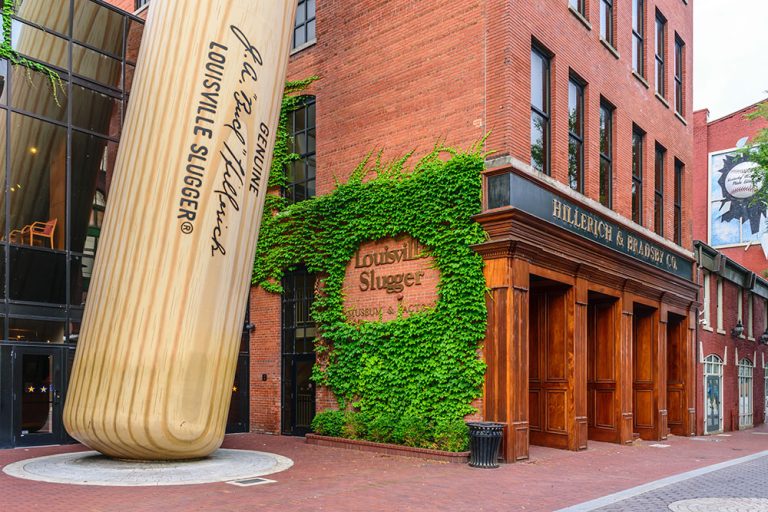 If all you know about Louisville is that it’s home to the annual Kentucky Derby at Churchill Downs, you may be surprised to learn about the many year-round amenities that lure more and more people to Kentucky’s largest city. The city often ranks on lists of the best places to live in Kentucky and it’s easy to see why.

From a long-established and lively independent dining scene to award-winning higher-education initiatives, here are six reasons that will make you consider moving to Louisville, even if you haven’t yet figured out the “correct” way to pronounce it:

1. Louisville’s many independent restaurants and award-winning chefs ensure dining out is always an adventure.

Ask locals why they love living in Louisville, and “great restaurantsâ€ is usually in their first or second reason. Home to the famous Louisville Slugger baseball bat, the city appropriately also has plenty of chefs who knock it out of the park with their creative fare and earn national acclaim while doing so. There are far too many to list here (Best Chefs America includes 22 chefs in its prestigious listing), but just a few restaurants that often come highly recommended include Proof on Main at the 21c Museum Hotel, the English Grill at The Brown Hotel and Seviche, A Latin Restaurant.

2. Louisville has many opportunities for getting a quality education, plus an aggressive degree-attainment goal.

Louisville residents are smart and getting smarter. Jefferson County Public Schools serves approximately 80 percent of Louisville’s 100,000-plus grade school students, and while Great Schools rates the system a 4 out of 10, JCPS still has a lot going for it, including 8 schools on the U.S. News & World Report list of Best High Schools in the U.S. and two on Washington Post’s list of America’s Most Challenging High Schools. The system is also home to Dupont Manual High, which U.S. News & World Report distinguished as the #1 school in Kentucky rankings. Meanwhile, Greater Louisville has 32 colleges, universities and other post secondary institutions serving more than 50,000 students – a fact that aids the mission of 55,000 Degrees, a public-private partnership launched in late 2010 with the goal of ensuring 50 percent of population here holds a bachelor’s or associate degree by 2020.

3. Louisville has lots of live music scattered across venues and festivals of all sizes.

Louisville has a lively and ever-growing music scene with several quality venues of varying sizes, which means the city draws a broad range of artists in terms of their respective ticket-selling power. Music fans can catch major artists like Fleetwood Mac, Journey and Taylor Swift at KFC Yum! Center, for example, or go see performers such as Ryan Adams, Jason Isbell or Steely Dan at The Louisville Palace Theatre. Meanwhile, it pays to keep an eye on the event calendars for medium-sized venues, such as Headliners Music Hall and Mercury Ballroom, for shows by both established and up-and-coming artists in these more intimate settings. All of that doesn’t scratch the surface of the plentiful live music you’ll hear at the city’s many festivals and special events, such as Forecastle, Louder Than Life, Waterfront Wednesdays at Waterfront Park or Abbey Road on the River, just to name a few.

Louisville is carving out a national reputation for inclusivity, pride and fun. Here’s our guide to the city’s thriving LGBTQ scene.

4. Louisville has several cool, walkable neighborhoods to consider when looking for a home.

Although Louisville doesn’t score exceptionally well for overall walkability according to Walkscore, there are several neighborhoods within the city that score exceptionally well for biking, jogging and accomplishing many general errands without having to get in your car. These include Old Louisville just south of downtown (the third-largest historic preservation district in the U.S.) and the hip Highlands to the east of downtown, which includes the smaller area known as Cherokee Triangle, where the home in which Hunter S. Thompson grew up still stands. A few other popular neighborhoods include the Butchertown area, which is also near downtown; St. Matthews for its central location and mix of home sizes and styles from different eras; and Norton Commons to the northeast of the city, which is a newer neighborhood designed with homes built to resemble an older, small-town neighborhood.

Summer music festivals can be found all over the U.S. — don’t miss these big shows in smaller cities.

Those who love playing outdoors should feel at home in Louisville, which has some of the most parkland per capita in the country. The city’s parks system comprises more than 15,000 acres, and it’s especially attractive since much of it was designed and planned by the Father of American Landscape Architecture, Frederick Law Olmsted. The system is one of only four Olmsted designed (he also designed New York’s Central Park, the U.S. Capitol grounds and the Biltmore grounds in North Carolina) and includes a total of 18 parks and six parkways that he and his successor firm developed. There are many more public recreation spaces beyond these, as well, including many miles of paved trails for biking, walking and running.

6. Louisville has all the arts.

Professional opera? Check. Professional ballet? Sure. Professional orchestra? Yep. Professional theatre? Sure. Children’s theatre? Of course. Rounding out this list is a fabulous fact for art lovers: Louisville is not only one of a handful of cities in the country with all of the aforementioned resident performing arts groups, but also has many renowned visual arts outlets as well, including the 21c Museum Hotel and Speed Art Museum. For a novel way to explore local galleries, hop on a trolley on the first and last Fridays of the month. First Friday Trolley Hops take passengers along the Main, Market and Fourth Street corridor downtown, while F.A.T. (Franklin Avenue Trolley) Friday Trolley Hops are held at the end of the month and help people explore shops, studios, and galleries along the Historic Frankfort Avenue corridor.