Business is Booming in Southwest Louisiana 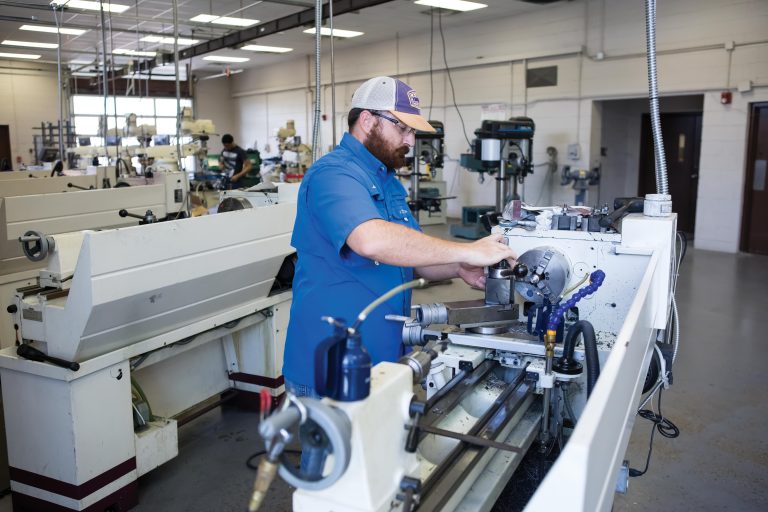 Business is booming in Southwest Louisiana, where industrial investments totaling $117 billion have been announced or are under way and employers of all sizes are thriving, from the largest energy producers to start-ups growing with the assistance of the SEED Center business incubator at McNeese State University.

“We are a tightly woven network of public-private partnerships working together to grow our region. Southwest Louisiana is made up of people who are passionate about where they live and want to share the joys associated with being a Louisianan,” says George Swift, president and CEO of the Southwest Louisiana Economic Development Alliance.

“We work. We play. We eat. We dance. We enjoy being outdoors and have more things to do than we have days of the year. When someone moves to Southwest Louisiana, they stay. They develop lifelong connections, start families and stay for generations,” he says.

“Southwest Louisiana has over $117 billion in announced projects and projects under way, and this was not by accident. Southwest Louisiana is at the intersection of water, road and rail, making it a highly desirable place to start and expand business. We house the 11th-largest deep-water port in the nation, rest on the bustling Interstate 10, and are crisscrossed with pipelines and the Union Pacific and BNSF railways,” says Swift.

Key sectors of the economy include oil and gas production, aviation, advanced manufacturing, agriculture and forestry, gaming and hospitality, and health care. Southwest Louisiana is home to commercial-scale production of rice, other grains, seafood, value-added cotton textiles and forest products that are a significant economic driver for the region.

The advent of abundant, affordable natural gas in the Gulf of Mexico region puts Southwest Louisiana in the right place at the right time for major industrial investment, Pierson says.

“But Southwest Louisiana positioned itself for this growth through smart initiatives by The Alliance and its investors and through collaborative work by parish and municipal governments throughout the region,” Pierson says.

Those efforts are gaining national recognition. Both Site Selection and Southern Business magazines have taken note of the region’s economic development and job creation successes, which include Entergy’s planned $872 million power plant in Lake Charles. In addition, Entergy is launching its Site Selection Center to link growing businesses with available properties and regional economic development partners.

Startups are thriving with the assistance of the SEED Center, which opened in 2014 and has hosted more than 30 companies. A notable success story is Waitr, an online food delivery business now operating in 18 metro areas, says Pierson.

The SEED Center houses a variety of resources including the Chamber of Southwest Louisiana, SCORE, PTAC, MSU Small Business Development Center, Imperial Calcasieu Regional Planning & Development Commission and the Business Incubator all located under one roof.

“SWLA has long had an entrepreneurial spirit as is evident in the many and variety of small business owners in the region,” says Adrian L. Wallace, executive director of the SEED Center.

Southwest Louisiana’s economic success and growth in employment are the result of preparation and continuing commitment, says Pierson.

“We’ve worked diligently with SOWELA Technical Community College, McNeese State University and other technical and community college campuses in the region to prepare for this tremendous growth, and that includes state funding of the $20 million SOWELA Regional Training Center that’s preparing the workforce for Sasol and other manufacturers,” he says.