8 Reasons to Move to Louisiana 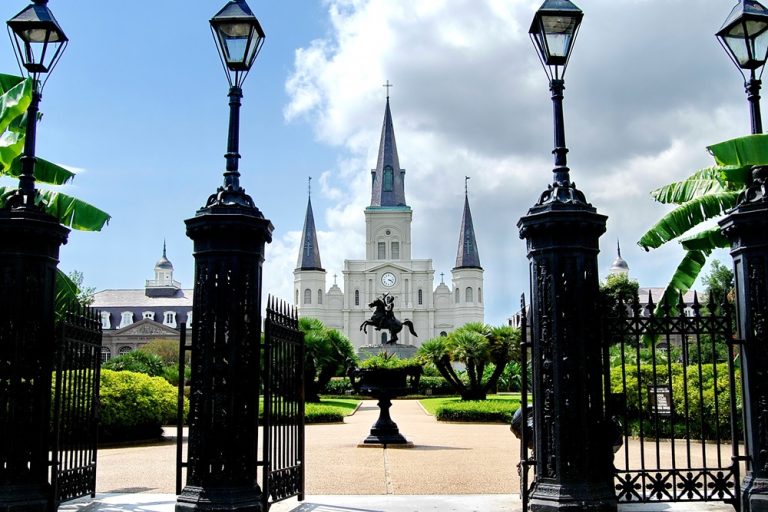 Courtesy of Susan C. Griffin under a CC 3.0 license.

From the banks of the bayou to the Big Easy, Louisiana is a spicy mélange of cuisine, culture, arts and architecture with a musical soundtrack like nowhere else in the country.

The fabled French Quarter, with its Mardi Gras parades and Bourbon Street revelry, might attract all the attention, but New Orleans offers a smorgasbord of delights for every palette. Visitors and locals alike travel on the iconic street cars, including the 13.2-mile St. Charles line. The city features an amazing array of award-winning restaurants with every type of cuisine under culinary expertise of such world-renowned names as Emeril Lagasse, Donald Link and Leah Chase. Tours include the famous above-ground cemeteries are tour destinations, but there also is a wide range of culinary, plantation, architecture, swamp and ghost tours. History buffs can take a paddlewheel boat to the Chalmette Battlefield, site of the Battle of New Orleans from the War of 1812; or experience the National World War II Museum.

The iconic St. Louis Cathedral, which overlooks Jackson Square, welcomes visitors. Of course, a stop across the street at Café du Monde for a beignet is almost mandatory.  Stir in a little jazz, blues, Cajun, or Zydeco music and it’s hard to ignore the offerings of the Crescent City, which has battled back following the devastation of Hurricane Katrina in 2005.

For a spicy day trip, travel to Avery Island, about 140 miles east of New Orleans, for a visit to the McIlhenny Co., makes of the trademarked Tabasco Sauce. Edmund McIlhenny grew his first crop of red peppers on Avery Island in 1868 and the company still is family owned. Visitors can tour the factory and museum, take a cooking class, or dine at the Tabasco Restaurant. Be forewarned – sampling the Tabasco ice cream is a unique experience. To continue your culinary trip, the Conrad Rice Mill, the oldest working rice mill in the U.S., is located in New Iberia, about 10 miles from Avery Island. The company is best known for its Konriko brand.

New Orleans is home to the NBA Pelicans and a Triple-A baseball team that changed its name from the long-standing Zephyrs to the Baby Cakes prior to the 2017 season, but make no mistake, this is the south and football is king. Black-and-gold clad New Orleans fans are devoted to their Saints. Chants of “Who dat? Who dat? Who dat say dey gonna beat dem Saints?” can be heard throughout the city on game day. Some 80 miles east on I-10, Baton Rouge is home to Louisiana State University, whose nationally recognized Tigers play in the rugged Southeastern Conference. Tulane, Louisiana Tech, Louisiana-Monroe, and Louisiana-Lafayette’s Ragin’ Cajuns all also play at the top Football Bowl Series (FBS) level. The historic Grambling State Tigers now play one step down in the Football Championship Series (FCS) in the Southwestern Athletic Conference.

While the New Orleans version of Mardi Gras draws hundreds of thousands of visitors each year, several other communities, including Lafayette and Houma, also hold Mardi Gras celebrations. The New Orleans Jazz & Heritage Festival brings the biggest names in music to the city in late April and early May. Festivals celebrating almost everything imaginable are held in every corner of the state throughout the year. The Louisiana Shrimp & Petroleum Festival in Morgan City dates to 1936.  Shreveport’s Red River Revel, which began in 1976, has grown into an eight-day autumn extravaganza with 80 performers on four stages, along with visual artists. Other festivals of note include the Ponchatoula Strawberry Festival in Ponchatoula and the Festival International de Louisiane in Lafayette, both held in April, and the Louisiana Crawfish Festival, held in March in Chalmette.

The Louisiana Community and Technical College System (LCTCS) had 28,853 graduates in 2015-16, its largest class ever, and 15,805 transfers to universities in 2015-16. The LCTCS oversees 13 community colleges and 40 technical college campuses.

The New Orleans Jazz & Heritage Festival brings the biggest names from all genres of music to the city in late April and early May. Live music is heard nightly in New Orleans, especially Frenchman Street, and most civic and cultural festivals throughout the state feature live music. On the radio side, American Routes is a long-running weekly two-hour radio program produced in New Orleans featuring a wide range American music. For an impromptu performance, check out the amazing street musicians in the French Quarter – and throw a little something in the hat.

With its multi-ethnic heritage, Louisiana literally is a melting pot of culinary magic. Menus and dinner tables feature dishes such as crawfish, gumbo, jambalaya. shrimp etouffee, and red beans and rice. Pastries and desserts include beignets, pralines and King Cakes. Sausage connoisseurs are divided between boudin and andouille, while sandwich lovers debate the merits of muffaletta vs. po’ boys. Roux, sauces, and endless variety of spices; as well as baking, boiling, barbecuing, browning and blackening; ensure that no two recipes are the same. Savvy diners can actually distinguish the difference between Cajun and Creole offerings.

Louisiana also is the nation’s second-largest seafood supplier with fish, shrimp, oysters, crabs, crawfish – and even alligator – among its products.