Beaches, skiing, the best sports teams in the world: What isn't there to do in the Bay State? 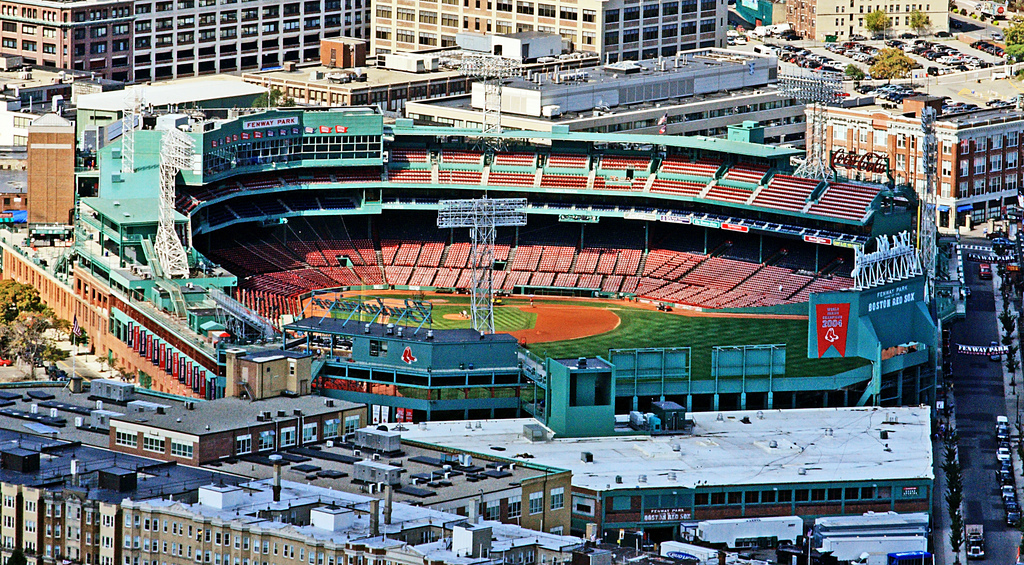 While it may not be the first state on your list of ones to visit (at least outside of the Cape), Massachusetts has a lot of fun options for tourists and residents alike. And the entertainment goes all year. From skiing at Wachusett, to basking on some of the best beaches in the world, here are 10 the best things to do when visiting the Bay State.

1. Cheer for the home team

Every spring and summer, the Boston Red Sox entertain New England and beyond with their skills on the field. Even people who aren’t in love with baseball will find that a trip to Fenway Park is worth the time. It is the oldest baseball park in the nation and looks almost the same as it did on its opening day in 1912.

Most sports fans also know that New England is home to three other world class teams: the Patriots (NFL), the Celtics (NBA), and the Bruins (NHL). While you may not be fans of them, if you’re going to be in the area for a while, you may want to consider switching your allegiance. Boston sports fan are a passionate, rowdy bunch!

2. Ferry out to the islands

When you hear people refer to “the Cape and the islands,” you may wonder what islands they’re talking about. Well, here’s the answer: Martha’s Vineyard and Nantucket.

The island of Martha’s Vineyard contains six towns, each of which offers a charming experience to visitors. Enjoy the shopping, dining and miles of enchanting public beaches, and those who like all things maritime will particularly love visiting the five lighthouses that dot the island’s coast.

Nantucket is the smaller of the two, and less touristy. Once the whaling capital of the world, it’s also immensely historic. If you’re looking for a quieter, more relaxing beach trip, this is the island for you.

The world-famous Boston Symphony Orchestra gave its first performance in 1881, and since then has delighted the ears of music lovers. Symphony Hall in Boston also is more than 100 years old, and its ideal acoustics enhance the superb talents of the musicians who play there.

Sports fanatics will want to visit the Naismith Memorial Basketball Hall of Fame in Springfield. The museum features 40,000 square feet of exciting exhibits, including ones that let visitors practice their skills on the court. Appropriately enough, the museum has branded itself with the superlative, “Hoops Heaven…the earthly home of the game’s immortals.”

The Salem Witch Hunts mark a dark, yet fascinating time in Massachusetts history, and visitors today can see where it all happened. Notable attractions include a 3-D Salem Time Machine and the Salem Witch Museum, and there is also a pirate museum and a stunning replica of a 1797 sailing vessel.

6. Rock out in Plymouth

Every year, nearly one million people flock to Plymouth Rock where the pilgrims first landed in 1620. The scenic park around the rock features lovely waterfront views and crafted landscaping, and the park contains an impressive replica of The Mayflower that carried the first intrepid pilgrims to America.

7. Take a run down Wachusett

When looking for a place to ski, most New Englanders opt for the more mountainous states in the area: Vermont, New Hampshire, and Maine. Yet, Massachusetts has its own respectable ski areas, most notably Wachusett Mountain in Priceton, MA. If you’ve been in the area for a while, you’ll remember their ’90s, Doobie Brothers-inspired jingle. (They turned “Listen to the Music” into “Wa-ah-Wachusett.”) You might also remember/still know how fun of a mountain it is to ski on. So if you’re in the area in the winter, and have an urge to get out on the snow, check it out!

8. Bask in the Berkshires’ beauty

Anyone who enjoys the outdoors will admire the Berkshires. There, visitors can hike, golf, swim, ski, go whitewater rafting or ride a zip line, among other things. The area has many cultural attractions, such as visual and performing arts centers.

Castle Hill on the Crane Estate can easily fill an afternoon with wonder. Visitors can tour the Great House, a superb mansion furnished with exquisite period pieces. The area around the mansion contains lovely trails and a variety of wildlife for visitors to enjoy.

In December 1773, angry colonists threw the tea party of the millennium, dumping a fortune’s worth of tea off British ships in Boston Harbor. Today in Boston, history lovers can dive into the Boston Tea Party experience. Actors are on hand to play the part of colonists, and visitors can even toss some tea off of a ship.