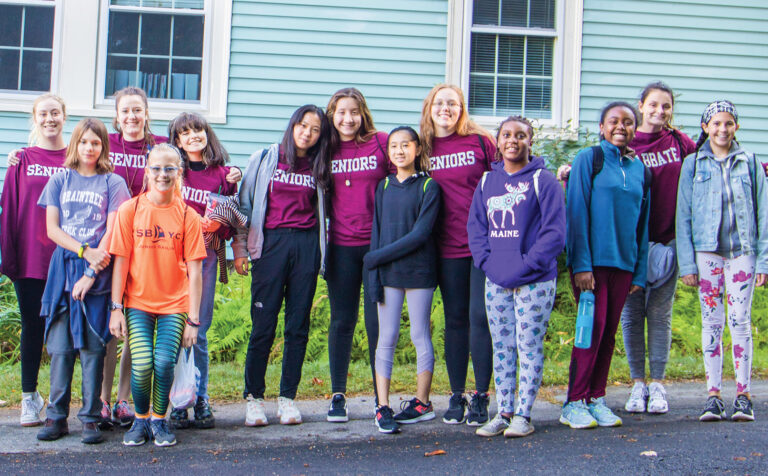 When Frank Santoro was the principal of Quincy High School, he surveyed students and staff to determine their families’ countries of origin. Then, he wanted to raise a flag for each country in the school’s cafeteria. By the time his tenure ended, 84 flags had been hung.

Santoro’s flag project is just one example of how Quincy Public Schools embraces its diverse student population. Quincy Public Schools is one of the most diverse school systems in the state. According to U.S. News & World Report, minorities make up 60% of enrollment, and nearly 19% of students are English language learners.

Santoro, who now serves as a member of the Quincy School Committee and chairs the newly formed equity, diversity and inclusion (EDI) subcommittee, says one of the goals of the subcommittee is to recruit staff that reflects the diversity of the student population.

“Students are more attentive if they are learning from people who not only look like them but also understand them. Another goal of the subcommittee is to take a look at professional development and train teachers to embrace diversity – to learn how other cultures live and what their priorities are,” Santoro says.

Similarly, the district’s parent organization, the Citywide PTO, has formed its diversity, equity and inclusion subcommittee to provide a space for parents to focus on DEI issues. In 2022, the group hosted the first Multicultural Festival. The festival featured ethnic food, live entertainment and booths representing 19 different countries.

Quincy’s students also play a role in promoting diversity and inclusion in the schools. Quincy High School students, for example, formed a Latin Club and a chapter of Harvard’s National Model United Nations. The school — along with Broad Meadows Middle School — is also a member school of Operation Day’s Work, a national organization that promotes global activism among youth.

“We’ve even had a group of students at one of our high schools create different reading lists for their English classes that are more reflective of the school’s diverse population,” Santoro says.

Rolling Out the Welcome Mat

“We’ve been very receptive to immigrant families. Quincy Asian Resources Inc., for example, works with the schools to help new families make the transition easier. Some of our schools are 70% Asian. We’ve hired translators and make sure that if we’re having a presentation at one of the schools, we offer it in five or six different languages,” he says.

Quincy’s private schools also embrace diversity in their student populations and offerings. The Woodward School, for example, draws its students from 35 different towns in the region as well as other countries, and nearly half of those students identify as students of color.

“We’re organically diverse, but students still need to feel comfortable in their school. The more diversity, equity and inclusion that we have, the more we can support our students and make Woodward a vibrant community,” says Alex Magay, headmaster at Woodward School, a female-exclusive private school.

Magay says the school’s DEI efforts begin with the staff.

“They participate in workshops to learn about unconscious bias. We work really hard to make it a part of our DNA so we can have those uncomfortable conversations and learn from each other,” he says.

Stephanie Perini-Hegarty, a Woodward School parent and board member, says she appreciates the incorporation of diversity into her children’s academic experience.

“There are many benefits to diversity,” she says. “Students develop an awareness of others around them, and they’re able to hear and accept other points of view. It also helps with classroom interactions and social interactions, not to mention communication, critical thinking and problem solving, and hopefully, that spills out into their community and life outside of school.”