The rapidly growing region is ripe for new neighbors from all walks of life and welcomes immigrants with open arms. 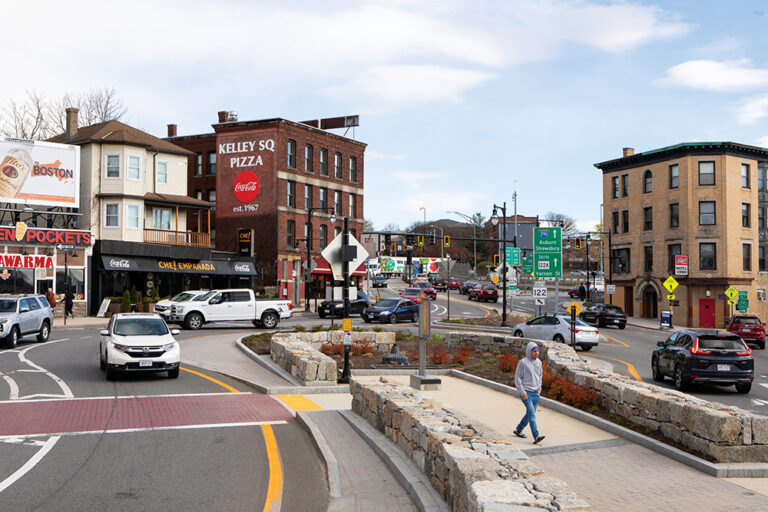 The fast-growing community of Worcester offers abundant career opportunities and plenty to do all year round. In addition, this attractive setting pulls in a diverse workforce from around the region and worldwide.

Worcester’s population grew by more than 14% between 2010 and 2020, much of it fueled by an increase in immigrant populations and Hispanic, Black and Asian populations.

The region offers many resources that enable a smooth transition for immigrants into the community.

The Southeast Asian Coalition of Central Massachusetts (SEACMA) in Worcester was started in 1999 with a mission to assist immigrants and refugees from Southeast Asia to successfully integrate and thrive while preserving their cultural heritage. The agency has also assisted refugees from around the world, including recent refugees from Afghanistan.

Every June, SEACMA’s Asian Festival draws thousands of people, who enjoy more than 30 performances representing 13 Asian nations. Throughout the day, attendees are able to witness a showcase of Asian art, music, food, clothing and more.

Saigon native Anh Vu Sawyer is the executive director for SEACMA and has the ability to influence adaptive practices for her neighbors and people all over the region. Sawyer serves on Massachusetts Gov. Charlie Baker’s Advisory Council for Refugees and Immigrants and is on Attorney General Maura Healey’s Advisory Council on New Americans.

“SEACMA offers opportunities for Southeast Asians to be active in civic and community engagement,” she says. “At the start of the pandemic, SEACMA located 650,000 surgical masks to donate to hospitals and first responders. SEACMA was among the first groups to deliver hot meals and culturally relevant groceries to elders and COVID-positive families.”

The most popular industries for immigrant communities are food and beverage, health care, real estate, and salon and cosmetic services.

“Worcester has always been welcoming to Southeast Asians and other immigrants and refugees,” Sawyer says. “They love this city and are eager to give back. Southeast Asians are born entrepreneurs, highly resourceful and amazing problem solvers.”

Affordable living is another big draw for people moving to the area. The average price of a single-family home in Worcester is around $380,000 — about a third of the average cost of a home in Boston ($965,000). Worcester’s home prices are also much lower than the state’s average price of $485,000. Condominiums in Worcester are also relatively affordable, with the median price being $215,000 in 2022. Meanwhile, the median price of a condo in Massachusett s is $440,000.

More housing is on the way to relieve demand in Worcester. The area currently has 3,900 housing units either proposed, in the pipeline or under construction. Recent projects include residential developments by Madison Properties near Polar Park, new loft apartments in the former Chevalier Furniture building in the Canal District, Boston Capital Development’s plans for the former Table Talk Pies property and the transformation of the historic former courthouse into the Courthouse Lofts.

Worcester is also a safe place to live and raise a family. U.S. News & World Report ranked Worcester third on its list of the 25 safest communities in the country.

This is another aspect that draws immigrants. Sawyer said one of the biggest reasons immigrants cite as their reason to relocate is “war.” The comfort of a safe and supportive network of other immigrants makes Worcester an ideal destination. But the attributes immigrants enjoy in Worcester — affordable homes, a sense of community, robust employment opportunities and diversity — are the same that make Worcester a livable city for all.

To learn more about the Worcester area, check out the latest edition of  Livability Worcester, MA.