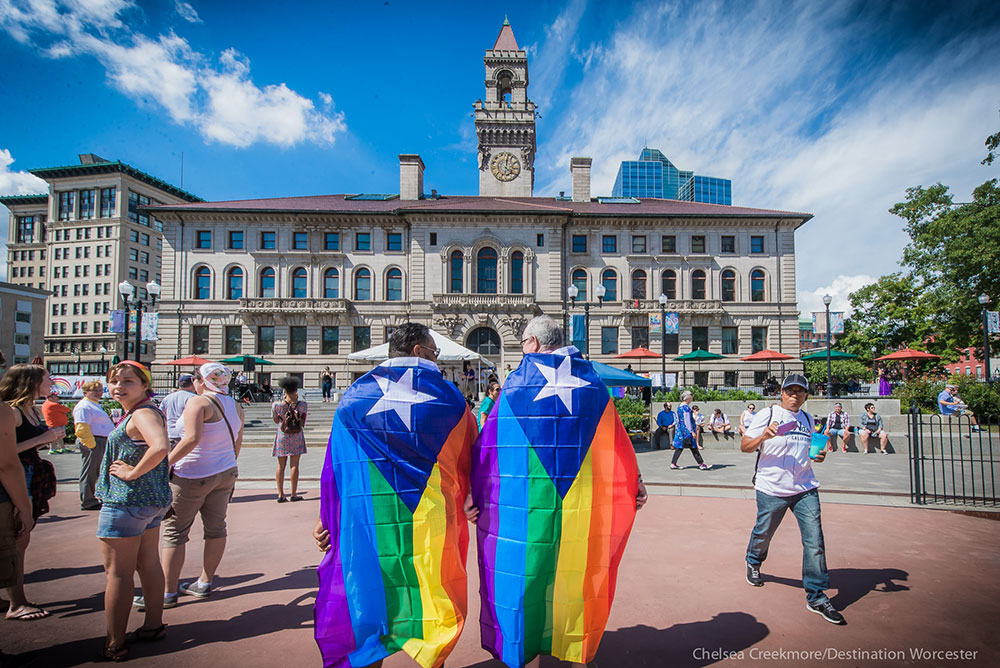 When Clark University professor Robert Tobin and fellow academics began researching the LGBTQ+ movement’s history in Worcester, one of the first documents they located was a beautiful elegy to the Ports O’ Call, a longstanding gay bar.

Written by Worcester resident Allen Young and published in a Boston gay newspaper, the poem was later reprinted in an influential 1978 anthology titled “Lavender Culture.”

Once Tobin and his colleagues found the elegy, their interest in the decades-long history of Gay Worcester was piqued. Their research culminated in the “LGBTQ+ Worcester — For the Record,” a 2019 exhibit at the Worcester Historical Museum. Tobin was awarded the Key to the City of Worcester a year later for his work on the exhibit.

Tobin says he was impressed with how early on the LGBTQ+ movement gained traction in Worcester.

“Before coming to this project, I had no idea that, as early as the 1960s, there was a gay bar in Worcester,” Tobin says. “It was called The New Yorker until it changed its name to the Ports O’ Call. We had a gay pride parade in 1975, just five years after the first one in New York City.”

The exhibit’s timing and the creation of an LGBTQ+ archive synced up with the 50th anniversary of New York’s Stonewall Uprising and the advent of the modern gay liberation movement. As a result, it honored diverse and radical leaders.

During the team’s research, Tobin discovered, for instance, that in the 1970s, Worcester had a branch of the Metropolitan Community Church, which ministered primarily to the LGBTQ+ community. The Rev. Shelley Hamilton used her pulpit to criticize the oppressive structures of the nuclear family. She said that “the feminist and gay movements” are the key, he says.

“The courage of these people still amazes me,” Tobin says.