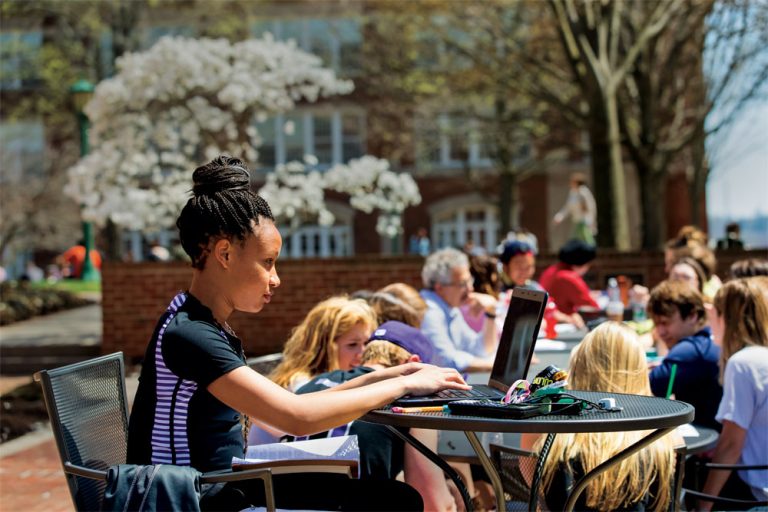 Maryland is recognized around the world as a leader in emerging industries including biohealth, information technology and cybersecurity, and Greater Baltimore is at the center of that innovation.

The region provides a rich environment for established companies and startups alike, thanks in part to the presence of national research assets such as Johns Hopkins University, the U.S. Army’s Aberdeen Proving Ground, numerous federal agencies and installations, and the deep pool of knowledge workers they attract.

Fort Meade, which already was home to the National Security Agency, became the headquarters of the newly formed U.S. Cyber Command in 2010. Lockheed Martin’s 56,000-square-foot Cyber Center of Excellence opened in 2013 in Anne Arundel County.

As Greater Baltimore’s innovators grow, they hold the promise of making our lives healthier and more secure.

Columbia-based WellDoc, for example, has the mission of accomplishing nothing less ambitious than radically improving the lives of people living with chronic diseases.

WellDoc, which makes the BlueStar digital platform for chronic disease management, currently focuses on Type 2 diabetes and is pursuing developments in other therapeutic areas. It is the first digital health company based on a life science business model.

“I would describe this as significant … for WellDoc in how our business model will be able to evolve,” he says.

The company teamed up with consumer electronics giant Samsung to offer an integrated tool to people living with diabetes.

A new version of the BlueStar app will be available to consumers through the Samsung Health app. BlueStar analyzes data entered by the patient and creates personalized management plans and progress reports.

Other Greater Baltimore innovators are growing, as well.

At CyberPoint, which has deep technical expertise in cybersecurity, teams of world-class engineers, mathematicians, computer scientists and other experts support a wide range of commercial, federal government, and international customers.

CyberPoint helps organizations shield their critical systems and infrastructure from advanced exploitation techniques and sophisticated threats where over-the-counter solutions are not up to the challenge.

Pii, which was founded in 1994, has grown from 12 employees to 500 scientists and support staff and more than 430,000 square feet of space in the United States and Europe.

Others have taken notice of the deep reserve of talent in Greater Baltimore’s innovation economy. Global cyber security company Forcepoint, which is part of Raytheon, acquired Baltimore-based RedOwl. Austin-based Forcepoint is keeping RedOwl’s office open as a center of excellence and may expand operations over time.

RedOwl is a leader in security analytics focused on helping customers understand and manage human risk. Forcepoint views people, instead of technology, as the key to cybersecurity. The combination of RedOwl’s and Forcepoint’s technologies is expected to provide the industry’s only comprehensive solution for understanding and responding to the behaviors and intent of people.

“The opportunity to deliver a holistic solution around proactive human oversight is exciting; joining Forcepoint will accelerate our ability to deliver these important capabilities to our customer,” says RedOwl CEO Guy Filippelli.