Skip to content
Home > MD > Bethesda > Where to Live Now > 10 Reasons To Move To Bethesda, MD

10 Reasons To Move To Bethesda, MD 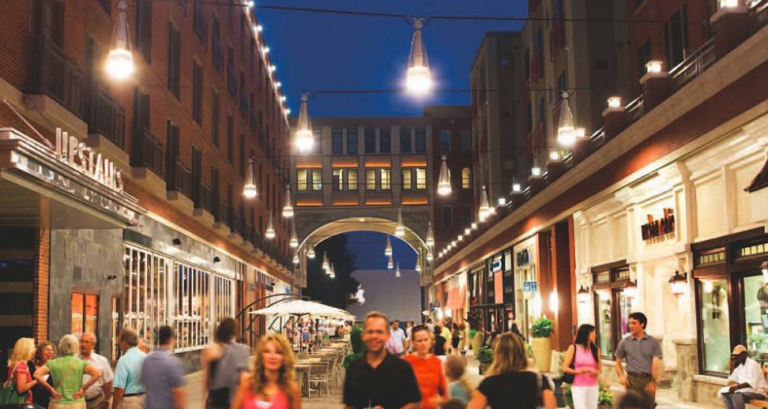 Known for its medical prowess as home to the National Institutes of Health and the National Naval Medical Center, along with its proximity to Washington, D.C., Bethesda is also a family-friendly urban center whose top-tier education, arts and cuisine make residents happy to call it home. The city’s live theater and art galleries, upscale shopping and nationally recognized schools, biomedical-research centers making life-saving breakthroughs – and much more – make Bethesda a sought-after residential destination. Here are 10 of the many attributes that keep locals and visitors alike singing the city’s praises as one of America’s best places to live.

A visit to Olazzo on Norfolk Avenue makes local Michelle Baker smile. “I love their Happy Hour $2 off wine and apps, mozzarella garlic bread – it’s to die for – and lasagna bolognese. It’s delicious,” she says.

A Show at Strathmore

It might be a cliché, but it’s no overstatement to note that there isn’t a bad seat in the house at Strathmore, a premier live-arts venue in the heart of Bethesda. Locals consider it a must-visit destination for music and much more.

Bethesda is home to several hundred restaurants serving up every imaginable flavor. For David and Mary Hand, it’s hard to top “an anniversary dinner at Bacchus of Lebanon, where we had our first date.” Their favorite dish: lamb and chicken kabobs, rice with almonds. (Try the richly flavorful hummus, too.)

Walt Whitman High School is renowned as Maryland’s No. 1 school and No. 55 in the nation as ranked by U.S. News & World Report, and it’s emblematic of a commitment to education that makes Bethesda’s school system a key selling point for families seeking a place for their children to thrive.

A Frolic at Cabin John

Families rave about the play areas and green spaces at Cabin John Regional Park, which is a go-to destination not only for parents and kids but also for couples, exercisers and those seeking an in-town getaway.

A former amusement park renovated into a partnership for arts and culture, Glen Echo Park is home to 14 artists and arts organizations, social dance, a restored 1921 carousel, two children’s theaters, weekend drop-in arts programs for kids and much more.

An iPic at Pike & Rose

A “bright and inspired urban neighborhood in North Bethesda,” Pike & Rose includes shops, restaurants and an iPic movie theater. “My husband loves it because it has reclining chairs with blankets, and you order food and drinks on an iPad,” Michelle Baker says.

Restaurants in the part of Bethesda that has been around a while “are more quiet,” says David Hand. His favorite spots reflect the city’s eclectic culinary offerings: Positano Ristorante Italiano, Tia Queta (for savory Mexican fare), Le Panetteria, Lilit Cafe and Le Vieux Logis on Georgetown Road (along with the aforementioned Bacchus of Lebanon).