Skip to content
Home > MD > Silver Spring > Where to Live Now > Why Silver Spring, MD Is a Top 100 Best Place to Live

Why Silver Spring, MD Is a Top 100 Best Place to Live 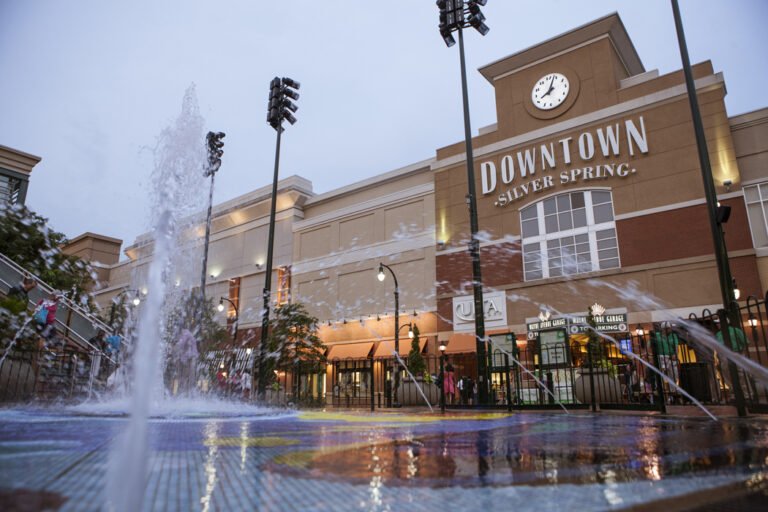 Splash in the interactive fountain, stroll through the park, sample the best international cuisine, see a classic film in a world-famous theater. Silver Spring, Md., may be just 6 miles from the nation’s capital, but in terms of lifestyle, it feels miles away.

A suburban city in Montgomery County, Md., one of the fastest-growing counties in the U.S., Silver Spring ranks number 72 on Livability.com’s Best Places to Live 2015 list for many reasons, chief among them are its infrastructure, demographics and housing.

Its population mix is a particular strength, says Reemberto Rodriguez, director of the county’s Silver Spring Regional Center and a 10-year resident of the city.

“From a planning perspective, Silver Spring is one of the places in the U.S. actually seeking diversity,â€ Rodriguez says. “If you ask anyone why they came here, from big developers to residents, their number one, two and three answer is diversity. Silver Spring is not that way by happenstance; it is intentionally diverse, and people come here for that.”

Silver Spring’s population of 72,000 has a higher percentage than the state average of people with at least a bachelor’s degree. The city is about 46 percent Caucasian, 27 percent Latino and 26 percent African American, adding up to an exciting mix reflected in the city’s cultural offerings, public events, dining and shopping.

The city’s downtown area has undergone dramatic improvements in recent years, with the advent of the Arts and Entertainment District designation, the development of the downtown Silver Spring shopping and entertainment destination, the American Film Institute’s renovation of the historic Silver Theatre, and the opening of the Fillmore Silver Spring music venue.

The city’s infrastructure includes easy access to three airports and good public transportation. It is expected to improve even more with the construction of the Purple Line that will put more than 100,000 people within an easy walk to commuter rail, Rodriguez says. The city’s plentiful parks are another plus, particularly Rock Creek Park and Sligo Creek Park. A beautiful new library has just opened.

The jewel in the city’s infrastructure crown, Rodriguez says, is the 5-year-old Civic Center and Veteran’s Plaza.

“The plaza and building have become the place for celebrations and festivals in a way none of us could have imagined, the region’s No. 1 place for communities to celebrate,â€ Rodriguez says. “There is no other urban space in the U.S. of this nature that consistently has a large number of community celebrations, hosted not by the public sector, but by things like Telemundo or the Ethiopian community – festivals done for the general population by others.”

With its growing attractiveness come challenges. Housing is expensive, offset to an extent by county regulations requiring new residential development to contain at least 12.5 percent affordable units. But as the area grows, so do some frustrations.

“Right now Silver Spring is having an amazing, almost insatiable demand for housing. In a good way, we are creating a whole new neighborhood, and we want folks to live and work here,â€ Rodriguez says. “But at any given time, there are a handful of developments finishing up, a handful in the middle and a handful waiting to begin construction. Static we are not.”

“Right now Silver Spring is having an amazing, almost insatiable demand for housing. In a good way, we are creating a whole new neighborhood, and we want folks to live and work here.