Things to Do in Detroit 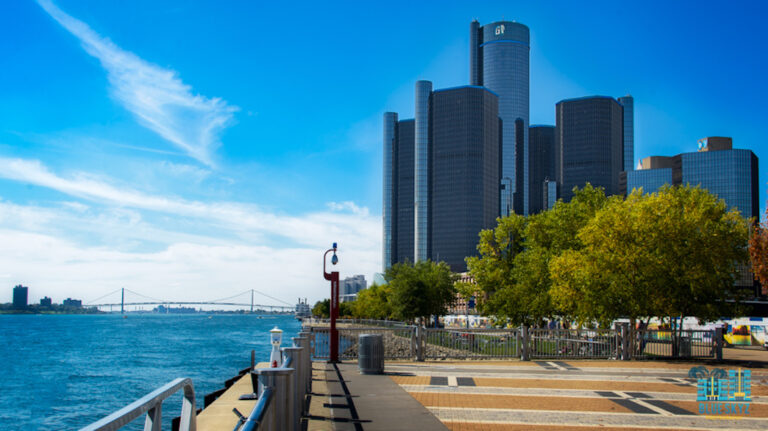 Detroit is experiencing rejuvenation these days, especially in its Midtown, downtown and New District areas. Here are 10 interesting excursion ideas for residents and visitors to The Motor City:

Participate in an interesting tour of the 73-story GM Renaissance Center, the most photographed landmark on the Detroit skyline. The guided tours are free and take one hour, and they begin at the Pure Detroit Shop in Tower 400 on Level 1. Tours occur twice daily on Monday-Friday beginning at noon and 2 p.m., on a first-come basis.

A total of 150 fresh food and specialty businesses set up shop each week at Eastern Market, the largest open-air flowerbed market in the United States. The popular attraction/destination is especially busy on Saturdays when farmers bring their poultry and livestock as well as fruits and vegetables. Saturday crowds can number up to 40,000 patrons in the summer months.

Home to the Detroit Tigers of Major League Baseball, the open-air Comerica Park opened in 2000 as replacement for historic Tiger Stadium. Seating capacity at the downtown ballpark is 41,641, and a must-see before or during a game is the leftfield concourse with bronze statues of Ty Cobb, Al Kaline, Willie Horton, Hank Greenberg, Charlie Gehringer and Hal Newhouser.

Two of the most renowned Coney Island hot dog restaurants in the nation – Lafayette Coney Island and American Coney Island – do business next door to one another on W. Lafayette Blvd. in downtown Detroit. Both eateries are open 24 hours, and the walls of each establishment feature autographed pictures of many celebrities who frequented the restaurants during trips to Motor City.

Try your luck at gambling and then relax in one of 400 rooms and suites at MotorCity Casino Hotel, an $825 million complex that features 3,000 slot machines, 59 game tables and two poker rooms. A live-music theater with seating capacity for 2,400 also graces the establishment. Two other casinos call Detroit home – Greektown Casino-Hotel and MGM Grand Detroit.

Nicknamed “The Joe,” Joe Louis Arena houses one of the NHL’s most recognizable hockey franchises – the Detroit Red Wings – and was named for former heavyweight boxing champion Joe Louis, who grew up in Detroit. The 20,000-seat downtown stadium is owned by the city and sits adjacent to COBO Center, on the banks of the Detroit River.

The five-story, chandelier-adorned Detroit Princess Riverboat gives passengers an interesting two-hour cruise along the Detroit River. The trip starts at Hart Plaza and ventures past the Ambassador Bridge, past Belle Isle, and back to the dock. Passengers can stroll the spacious outdoor deck or enjoy the views from enclosed indoor balconies that are temperature controlled.

Entertainment events are plentiful from May through September at Philip A. Hart Plaza, a downtown gathering spot along the Detroit River than can accommodate 40,000 people for festivals, concerts and other events. Some of the more popular summertime festivals at Hart Plaza are the Detroit International Jazz Festival, African World Festival and the Arab & Chaldean Festival.

A crown jewel on Woodward Avenue in Detroit’s New District, the 5,048-seat Fox Theatre has staged entertainment since first opening as a movie palace in 1928. The Fox underwent a major renovation in 1988 and today welcomes top concert acts, with recent past performances by Eminem, Aretha Franklin, Chelsea Handler, Jack White, Beck and The Moody Blues.