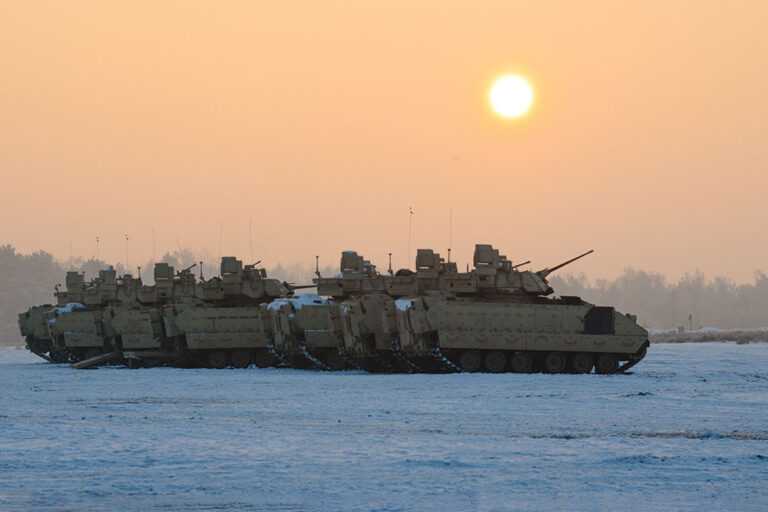 The work performed inside the 1.2 million-square-foot “factory on the hill” at 76 S. Getty Street in Muskegon contributes to the United States’ safety.

That’s been true for more than 100 years. The company is an industry leader in the design, development, manufacture, remanufacture, assembly, test and post-production support of military engines, transmissions, suspensions and turret drive systems.

The large facility gives RENK America the unique ability to control the entire engineering to production release cycle, assuring that a quality product is delivered to the customer on schedule.

RENK America has partnered with the U.S. military for decades, supporting the nation’s soldiers. The most recognized names in military vehicles are powered by engines and transmissions made by RENK America, including the American Hercules recovery vehicle, the Bradley Fighting Vehicle, PIM Howitzer and many more.

The statue of former Iraq President Saddam Hussein was brought to the ground on April 9, 2003, by an M-88 Hercules recovery vehicle powered by an engine built in Muskegon.

“Muskegon is woven into the very fabric of RENK America and the defense industry.”

RENK America has operated the facility since 2004, building engines and transmissions that are in service and logging millions of operational miles around the world. Still, the plant’s history dates back to 1905, when it was the historic home of Continental Motors Corp.

The company began by building automobile engines and later also became known for its aircraft engines. During World War I, production at the Muskegon plant shifted to truck engines and, by the early 1930s, it produced 90 percent of the country’s light aircraft engines.

Then came World War II, and the nation again relied upon the Muskegon plant to provide engines for American armed forces in the air, on the land and on the sea. With other companies in the region also shifting to military production to support the war effort, Muskegon became known as an “Arsenal of Democracy.” 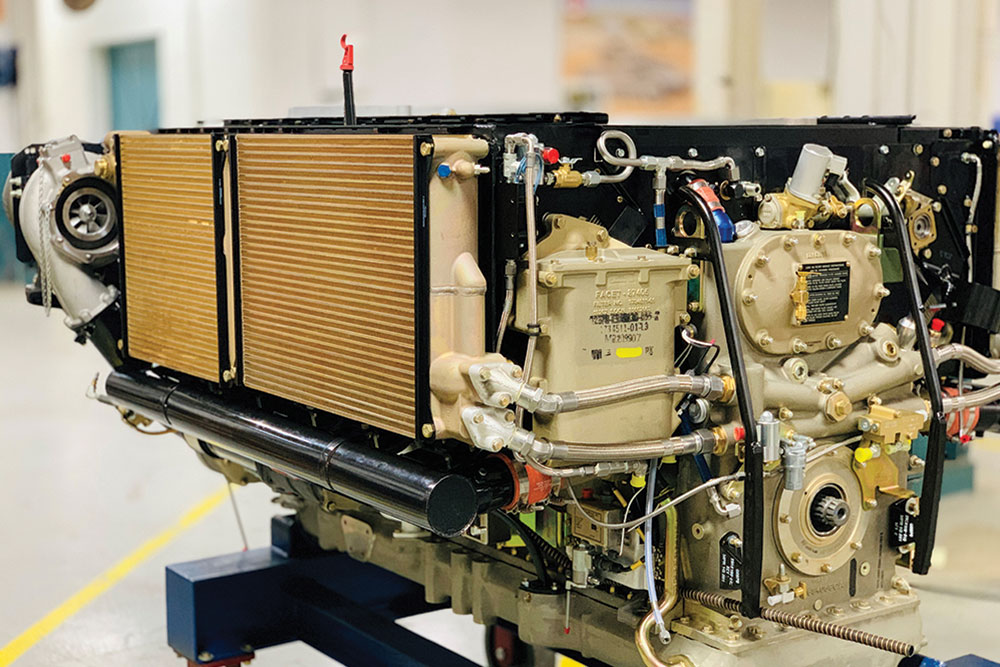 Continental operated on the 170-acre Getty site until Teledyne, Inc. purchased it in the early 1970s. In 1996, Teledyne sold the site to General Dynamics. In 2004, it was bought by RENK America to continue military contract work.

RENK America continues to invest in its manufacturing capability, doubling the number of transmissions and engines produced from 2017 to 2020. The company continues to innovate and drive out costs while increasing product reliability.

The factory on the hill remains a national asset and a Manufacturing Center of Excellence powering U.S. and Allied militaries’ combat arms. RENK America is one team, warfighter focused and committed to quality, accountability and integrity.