6 Things to Do in Traverse City, MI 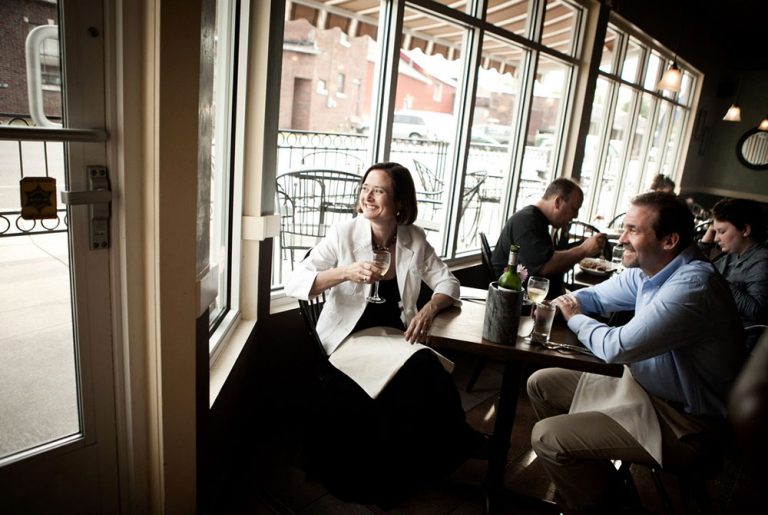 As refreshing as a cool summer breeze, Traverse City offers an inviting assortment of things to do. During peak summer months, visitors push the city’s population from around 15,000 to nearly 200,000. The amenities that tourists flock to are enjoyed by residents throughout the year and helped the city land a spot as a Top 100 Best Small Town.

“Most full-time residents, including myself, enjoy and appreciate the influx of diverse populations that flow into our community,” says Benjamin Marentette, city clerk for Traverse City. “Tourists arrive here all year, but certainly we are busiest during the summer.”

With fun in mind, here are a half-dozen things to do in Traverse City:

Step Up to the Plate

Head outdoors to enjoy recreational adventures that occur in Traverse City throughout the year. Choices include hilly-road biking, hiking trails, cross-country and downhill skiing, and sailing excursions on West Grand Traverse Bay and East Grand Traverse Bay that are formed by the waters of Lake Michigan.

Entertain your children with a morning or afternoon at Great Lakes Children’s Museum, whose mission is to build excitement and curiosity about the biology of the Traverse City region and everything the Great Lakes have to offer. Also available for children are winter tubing sessions at ski resorts like Hickory Hills, Timberlee and Timber Ridge, while 25-cent Saturday Morning Movies at the historic State Theatre take place all year.

Speaking of the State Theatre, the restored landmark building serves as a source of community pride. Besides a regular lineup of movies, the State is the main venue for the popular annual Traverse City Film Festival, which in late July and early August showcases a number of thought-provoking films. Another popular entertainment venue for locals and tourists is City Opera House, which schedules numerous cultural programs including a National Writers Series.

Toast your stay in Traverse City with a glass of wine at any of the 25-plus wineries located within the region. Also operating in Traverse City are microbreweries like Acoustic, Mackinaw, North Peak, Terra Firma along with a Grand Traverse Distillery. For nightspots, places like The Parlor offers great craft cocktails, while Kilkenney’s has an Irish pub atmosphere, and Little Bohemia offers food, jazz and blues.

Treat yourself and family to fun times at the annual National Cherry Festival, which arrives in Traverse City for eight days beginning around the Fourth of July. Hundreds of thousands of people attend the event, with activities such as pie-eating contests, a Grand Royale Parade, air show, concerts and cherry pit spitting contests.

“The National Cherry Festival has more than 150 events and activities, and about 85 percent of them are free,” Marentette says. “It’s another of the many reasons why Traverse City is such a special place.”