Why Traverse City, MI, Is a Best Small Town

A thriving economy, beautiful scenery and a tight-knit community gave Traverse City a boost to the top of our rankings. 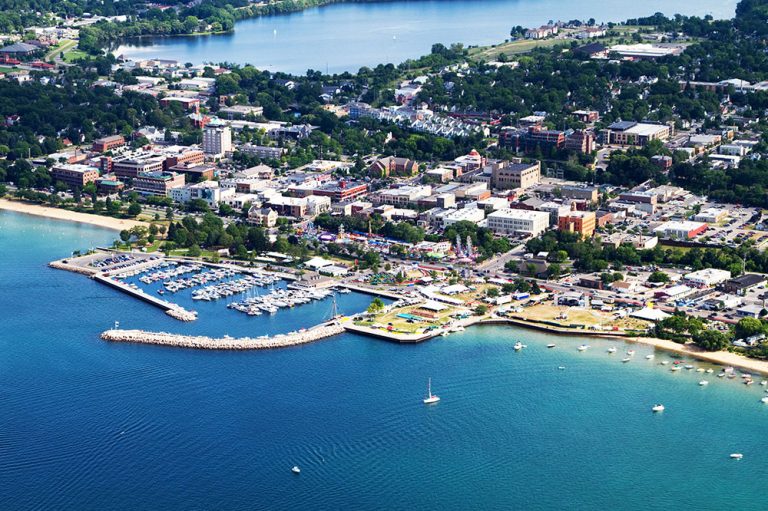 Residents of Traverse City, Mich., welcome fresh experiences and year-round opportunities that add to their excellent quality of life. A steady stream of tourists cycle through the city, experiencing for a short time what those living in Traverse City enjoy on a daily basis. A high standard of living and an assortment of amenities landed Traverse City on Livability.com’s list of Top 100 Best Small Towns 2015, plus this community of 15,000 residents was named among the 10 Best Places to Retire in the U.S. by U.S. News & World Report.

“There is a lot going on here that puts wide smiles on people’s faces, including pure air that just feels great to breathe in,” says Benjamin Marentette, city clerk for Traverse City. “Besides our well-known tourism sector, we have quite a diverse economy. Not many people know about that.”

Yes, tourism in Traverse City is a massive industry, especially in the summer months. Visitors and residents find many things to do in Traverse City, but the community also enjoys nationally recognized health care thanks to Munson Medical Center. The hospital has 5,000 employees and is recognized annually for top cardiovascular care along with many other medical services.

Hundreds of Traverse City residents are involved with the agricultural industry, especially since this area is the largest producer of tart cherries in the U.S. The countryside is also ideal for producing grapes, making Traverse City one of the largest centers of wine production in the Midwest.

“In addition, our city hosts many clean manufacturing operations as well as banking and finance companies, plus entrepreneurial ventures such as digital firms, search engine optimization businesses, and law practices that specialize in intellectual property,” Marentette says. “More and more young professionals are moving here because economic opportunities are abundant, and Traverse City is a great place for outdoor recreation like mountain biking, road biking, sailing, kayaking, skiing, snowmobiling, hiking and more.”

Good schools are available to residents, with Traverse City Area Public Schools ranked high in curriculum offerings such as award-winning music and performing arts programs, along with a top world-language curriculum that includes Mandarin Chinese. As for higher education options, they include Western Michigan University-Traverse City, Northwestern Michigan College (a community college), and a Northwestern Michigan College University Center where 10 universities offer a variety of bachelor’s, master’s and doctorate degree programs.

“For residents who enjoy an occasional large-city fix, they can hop on a direct flight from our Cherry Capital Airport and be in Chicago in less than an hour,” Marentette says. “The airport also has service to Minneapolis and Detroit and occasional direct flights to Denver and New York City. Traverse City is a small city with big-city offerings, plus we are in the midst of some of the most beautiful nature in the world. What a great place!”