Household brands such as Target, General Mills and Land O'Lakes are are drawn to Minnesota. 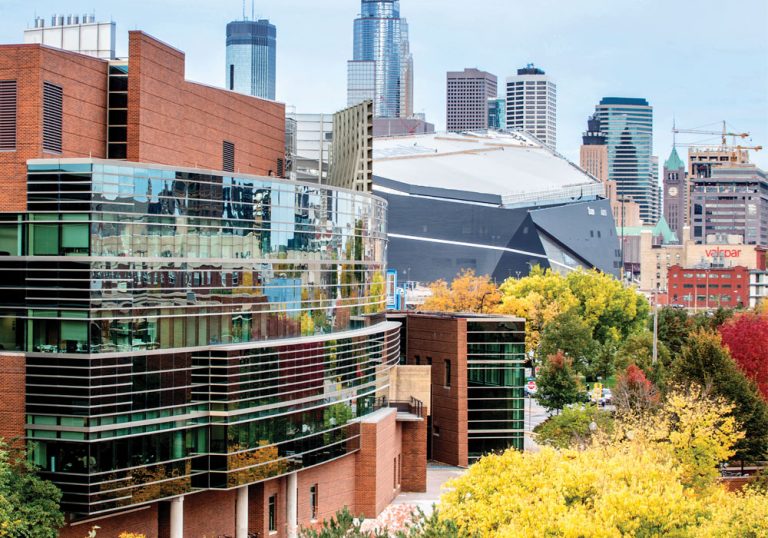 Companies with household names like 3M, General Mills, Land O’Lakes, Target and Best Buy, as well international brands like Uponor, a multinational maker of plumbing, heating and cooling systems, share something in common.

They are finding success in Minnesota, where they benefit from unparalleled advantages, including a highly educated and motivated workforce, comprehensive infrastructure and business support services, and an unmatched quality of life.

Advances fashioned in Minnesota are giving the world cleaner water, improving our health and creating products in demand across the globe. The state’s new marketing includes the slogan “Welcome to the North: Your compass points north for a reason.” And that reason is that business is done differently in Minnesota, where a work-life balance isn’t an illusion.

Minnesota achieved the top ranking in both the Gallup Job Creation Index and CNBC’s America’s Top State for Business ranking for 2015, a year that saw 87 expansion projects that resulted in 6,596 new jobs and more than $668 million in corporate investment.

“We’ve been a bit of a secret for many years. We’re honored that these rankings finally recognize Minnesota’s strong economy and business climate – and the many positives of operating a business in this state. We’re tremendously proud of the businesses here and their success,” says Kevin McKinnon, deputy commissioner of the Minnesota Department of Employment and Economic Development (DEED).

One of those businesses, Smiths Medical, fielded offers from locations in other states but chose to grow in Minnesota. The medical device manufacturer announced it would consolidate operations at its new headquarters in Plymouth.

“The new facility allows us to create a modern and engaging work environment, while the decision to consolidate in the Twin Cities allows us to capitalize on the great talent and business environment in the region,” says Jeff McCaulley, president and CEO of Smiths Medical.

Why Minnesota is the Best Place for Millennials

Minnesota is the destination of choice for Post Holdings, as well. The maker of Post brand cereals moved its cereal headquarters from New Jersey to Lakeville after acquiring Minnesota-based MOM Brands. Post makes well-known products that include Honey Bunches of Oats, Raisin Bran and Grape-Nuts. MOM Brands’ products include Malt-O-Meal and private-label cereals.

“Combining our businesses in Lakeville will create a powerful branded platform for both branded cereal and further acquisitions,” Rob Vitale, Post Holdings’ president and CEO, said at the time of the announcement.

Other businesses are growing in Minnesota, as well.

Arctic Cat, the maker of snowmobiles and other off-road vehicles, is investing more than $25 million in a new facility in Thief River Falls and creating 40 new jobs. Uponor, a Finland-based company, announced an expansion of its North American headquarters in Apple Valley. The company is investing $18 million and creating 100 new jobs.

Viracon, the Owatonna manufacturer of high-performance glass, is investing $50 million in its plant and adding 300,000 square feet while creating 100 new positions. Kraft Heinz, the global food and beverage company, will invest more than $100 million and add 50 jobs in an expansion in New Ulm.

Companies arriving and expanding in Minnesota join an impressive list of companies that includes 17 Fortune 500 companies and seven of the nation’s largest private companies.

When McKinnon asks businesses why they selected Minnesota, three reasons rise to the top, he says.

First, companies with plants in other states will talk about how profitable their Minnesota facility  is and how incredibly proud they are of its productivity, he says. “Much of the credit goes to the well-educated and hard-working people we have – both those who grew up here and those who’ve come here seeking new opportunities,” McKinnon says.

Second, corporate executives are attracted by the state’s infrastructure, including bricks-and-mortar assets – like roads, MSP International Airport and the largest and busiest port on the Great Lakes – as well as the state’s well developed infrastructure of business support services.

“Finally, businesses choose Minnesota because of the environment and quality of life here in the North … We’re frequently on Top 10 lists of the best places to live and to raise a family. The size and diversity of the state’s economy makes it relatively easy for people to find employment opportunities in their chosen industry or a similar industry,” McKinnon says.