Minnesota Manufacturing’s Backbone is the Workforce 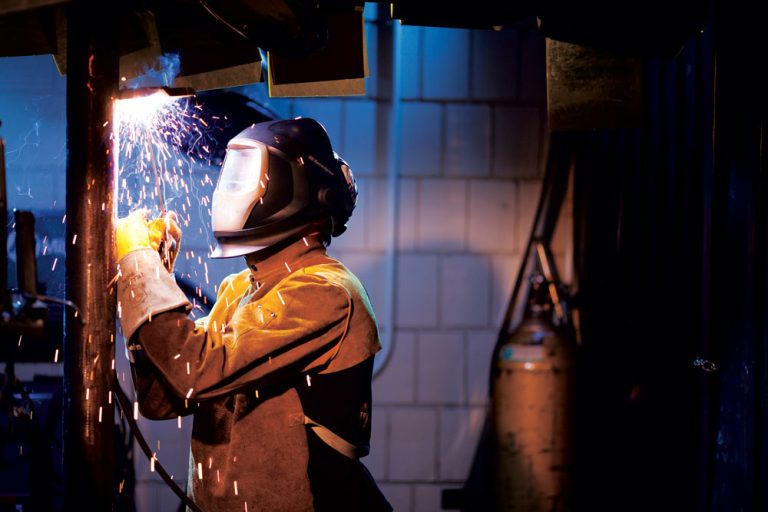 Take a flight in a modern light aircraft, pilot a drone for business or pleasure, enjoy a meal or open a door or window in your home and you may be using – or eating – a product made in Minnesota.

Need to adjust your thermostat? If it had a label it might say “made by Honeywell in Minnesota.” The same goes for light aircraft made by Cirrus, cereal products made by General Mills, drones developed by Sensurion Aerospace and doors and windows made by Andersen and Marvin.

Other well-known companies with a Minnesota address include Polaris a manufacturer of popular off-road vehicles; 3M, whose products are found in homes and businesses worldwide; and Emerson, a provider of automation services and products for businesses and households. They are among the more than 8,200 manufacturing establishments in Minnesota working across a broad range of industries, including aerospace, agriculture and farm equipment, sensors and robotics, construction components, HVAC technology and medical devices.

Why Minnesota’s Entrepreneurs are Thriving

Preceptis manufactures pediatric surgical technologies designed for the unique needs of children and their caregivers. Its Hummingbird TTS is designed to minimize pain during routine ear tube placement so physicians can use moderate sedation instead of general anesthesia. The result is the potential for less cost and less risk. The FDA warns that repeated anesthesia may affect the development of children’s brains. The company says there are more than 1.2 million ear-tube procedures in the United States each year.

“There are benefits to reduced anesthesia whenever possible. Preceptis was founded to bring these benefits to pediatric ear tube surgery by providing surgeons with new tools that enable it to be performed safely and effectively with less anesthesia,” says Dr. Mike Loushin, a pediatric anesthesiologist and founder of Preceptis Medical. Routine ear tube placement is a minor procedure that should not require general anesthesia, says Steve Anderson, CEO of Preceptis. “The FDA warning highlights the need for alternatives to general anesthesia for young children,” he says.

Minnesota is one of the world’s leading hubs for development of medical devices. An outstanding infrastructure exists to support product development, care of patients and even the payment for that care, says Doug Killion, president and CEO of Pursuit Vascular. The Maple Grove-based company has a family of single-use products designed to protect patients from dangerous infections associated with long-term catheter and port use. “Minnesota has a long history of success in med-tech, with hundreds of companies including Medtronic, Boston Scientific, and St. Jude Medical operating in the state.

The device has been cleared for sale by the FDA and recently completed two large-scale randomized clinical studies in the United States. Both studies demonstrated a 60 to 70 percent reduction in bloodstream infections when ClearGuard HD caps are used, the company says. Now the company is planning to introduce a portfolio of innovative single-use products.

Worldwide expansion of ClearGuard HD along with the introduction of new products for other clinical indications will require expansion into a new facility, says Killion. Minnesota’s critical mass of advanced manufacturers is a great benefit when it comes to hiring as well as working with suppliers, he says.

“The critical mass of advanced manufacturers is also very convenient when it comes time to sourcing key components and advanced manufacturing equipment,” Killion says. “Many of the components, production equipment and even the cleanroom that we build our product in are supplied by other Minnesota-based companies.”