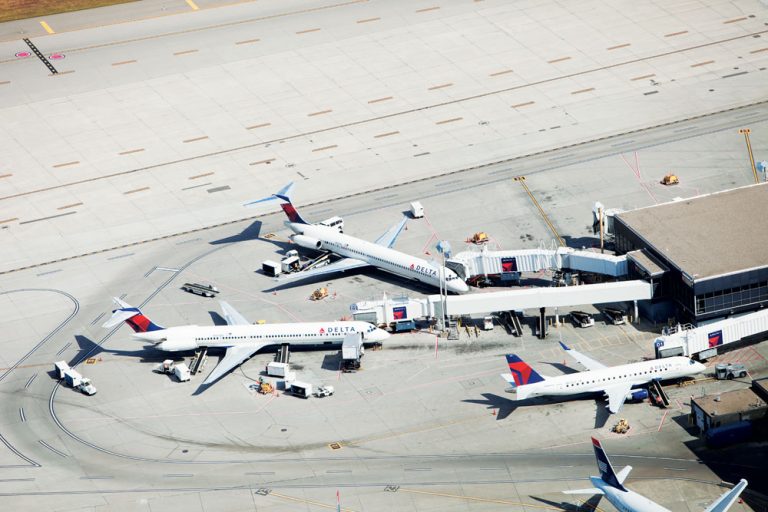 Minnesota’s robust economic output is supported by its world-class infrastructure network that includes Minneapolis-St. Paul International Airport, service from four Class I rail carriers and access to three major interstate highways that help move freight efficiently. The nation’s furthest inland port is in Duluth, the busiest Great Lakes port by cargo tonnage, handling an average of 35 million short tons of cargo. Nearly 900 vessels visit each year, connecting Minnesota with Canada and the rest of the world. All of these assets and the state’s geographic position make it an ideal location for companies.

“The geographic size of this state is impressive, and good infrastructure is in place to cover all that land,” says Jeff Rossate, executive director of the Office of Business Development for the Minnesota Department of Employment and Economic Development (DEED). “Our statewide infrastructure helps to keep our economy growing.”

The infrastructure network in Minnesota includes reliable and affordable electric and natural gas power. The state also is a leader in wind energy, offers abundant fresh water for production and has made major investments in broadband.

“There is a valuable return on investment here with tax dollars going toward transportation improvements, which results in Minnesota having some of the best-rated highways in the nation,” Rossate says. “That is ideal for distribution companies hauling goods throughout the Upper Midwest and into Canada.”

The state offers more than 12,000 miles of roadway, including major interstates I-35, I-90 and I-94. Both I-35 and I-94 pass through the economically robust Minneapolis-St. Paul metropolitan area, while I-90 travels east-west along the entire southern edge of the state.

In 2006, a statewide amendment passed that requires sales and usage taxes placed on motor vehicles to help fund transportation. At least 40 percent of all money raised through that amendment is dedicated to public transit projects, while 60 percent goes to road improvements and upkeep.

Four Class I rail carriers – BNSF, Canadian National, Canadian Pacific and Union Pacific – serve the state, which has more than two dozen rail corridors. Most of those corridors pass through Minneapolis-St. Paul or Duluth. “The rail industry serves many industries such as agriculture and manufacturing, and investment in rail is expected to grow in the near future due to plans for increased intermodal capacities by some of the carriers,” Rossate says. “Rail continues to be vital for serving several Upper Midwest destinations and many port cities in Canada.”

Minnesota also offers a water transport advantage to companies looking to move goods, with four ports on the Great Lakes led by the Port of Duluth-Superior. In addition, there are five ports along 222 miles of the Mississippi River in Minnesota that connect Great Lakes shipping to port cities as far south as the Gulf of Mexico.

“Duluth-Superior is very versatile for shipping to-and-from overseas destinations,” Rossate says. “Duluth-Superior can ship goods to the Mediterranean Sea in only about 18 days. That’s impressive.”

“Minneapolis-St. Paul International is a major passenger and freight hub for Delta Air Lines and is known for its on-time efficiency for takeoffs and arrivals,” Rossate says. “Having an airport with hub status is a big factor for a state’s economy.”

Other key airports in Minnesota are located in cities that include Bemidji, Brainerd, Duluth, International Falls, Rochester and St. Cloud.

“All aspects of transportation and infrastructure throughout the state are in good shape, and our roads, railroads and airports rarely close even during winter months,” Rossate says. “Companies looking for access to top-notch transportation corridors should consider locating in Minnesota.”