9 Things the Rest of the Country Should Thank Minnesota For

Beneath the snow and ice and 10,000 lakes, there's a state with a huge history. 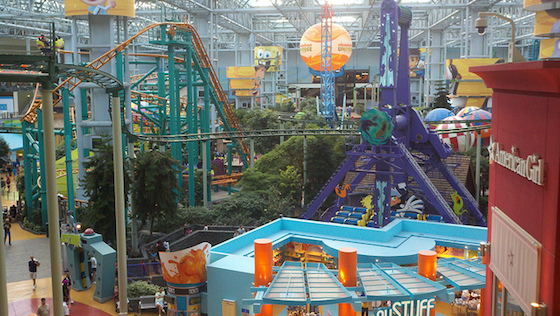 Courtesy of Benjamin Kabak under a CC 4.0 license.

When the rest of the country pictures Minnesota, it usually involves a mixture of snow and funny accents. However, that definitely sells it short . America has plenty to be thankful for when it comes to Minnesota, and we’re here to tell you some of our favorites, from singers to your favorite cereal.

Francis Scott Key Fitzgerald—author of perhaps the greatest American novel of all time—was born in St. Paul, Minnesota in 1896. Most Americans probably remember reading (or just buying the SparkNotes) The Great Gatsby in high school, which means pretty much every theme party of the upcoming Roaring 2020s will have him to thank.

Courtesy of Roadsidepictures under a CC 4.0 license.

Have you ever wrapped a present using Scotch Tape, had your fabric magically repel coffee thanks to Scotchgard, or left a passive aggressive Post-it Note for your roommate? Well 3M, which was founded in Two Harbors, Minnesota in 1902, is where they all came from. They also provide a good number of products for the state’s favorite sport—ice hockey.

Not only did this ’90s classic feature an ice hockey team in the Twin Cities, it was actually filmed entirely in Minnesota. They are the champions, indeed.

Courtesy of Brett Whaley under a CC 4.0 license.

The Mighty Mississippi—the fourth longest river in the world, and one of the most important sources for commerce, travel, and survival across the continent’s history—gets its start right at Lake Itasca in Minnesota. The image above shows the actual first few feet of the river.

Born Robert Allen Zimmerman of Duluth, MN, Dylan is one of the best-selling artists of all time. He actually enrolled in the University of Minnesota before starting his music career. Also, despite performing all over the world, he never forgot his roots: They show up in his songs from time to time, like “Girl from the North Country,” and he still has a ranch in Hanover where he retreats during his vacations.

Courtesy of Stefan P. under a CC 4.0 license.

The Mayo Clinic is not only the first, but the largest integrated nonprofit medical group practice in the entire world, as well as the top U.S. News & World Report U.S. hospital. Its groundbreaking research across all spectra of medicine is only here thanks to Dr. William Worall Mayo’s decision to move to Rochester, Minnesota in 1864.

Courtesy of Mike Mozart under a CC 4.0 license.

Besides the best cereals from your childhood like Cocoa Puffs and Trix, General Mills also has family favorites like Betty Crocker, Yoplait, and Häagen-Dazs. It was founded in 1928 in Minneapolis.

Courtesy of Benjamin Kabak under a CC 4.0 license.

Everyone knows about the Mall of America (and its amazing roller coasters), but did you know that Minnesota invented the enclosed shopping mall? Besides that, Best Buy and Target both first got their start in the state.

As it turns out, Star Lord and his pack of raptors don’t come from outer space, but from nearly the dead-center of Minnesota. For which I think most of us heartily say: thank you.