Places to Eat in Gillette, WY

Gillette, WY's restaurant scene is headlined by its steak houses. But save room for a trip to one of the city's enticing dessert shops. 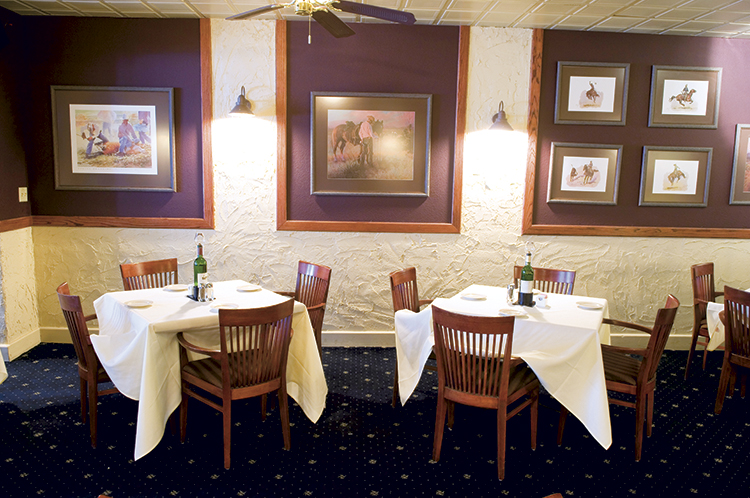 With more than its share of new restaurants, Gillette’s food scene is growing at a brisk pace. But don’t forget to save room for a trip to one of the city’s decadent dessert shops.

The Prime Rib Restaurant and Wine Cellar is an upscale yet casual restaurant that features five private dining rooms and more than 8,000 square feet of dining space. The slow-roasted prime rib is a main attraction, as is the state-of-the-art, glass-enclosed wine case, which houses nearly 3,500 bottles from around the world. For its part, The Chophouse Restaurant has earned a devoted following, thanks in part to its hand-cut Certified Angus Beef® steaks.

Mufa Café (M.U.F.A. stands for Melanie’s Unadulterated Food Acquisition) is the brainchild of owner Melanie Weatherstone, who envisioned creating a restaurant that would focus on serving foods rich in mono unsaturated fatty acids (M.U.F.A., again), which “happen to be the fats that are good for you,” Weatherstone says. The café, open for breakfast and lunch, has been a hit since it opened in November 2011, and remains best known for its omelets and salads.

People who like sweets will love Gillette. Buffalo Berry Frozen Yogurt is an independent, locally owned and operated self-serve frozen yogurt store that entices customers with 14 yogurt flavors and more than 50 toppings. Similarly, the local sweetFrog (the F.R.O.G. stands for Fully Rely On God), offers soft-serve premium frozen yogurt in nonfat, lowfat, supreme and no sugar added varieties, all of which are complemented by a selection of toppings from the toppings bar.