Skip to content
Home > MN > Minneapolis > Where to Live Now > 8 Reasons to Move to Minneapolis, MN

8 Reasons to Move to Minneapolis, MN 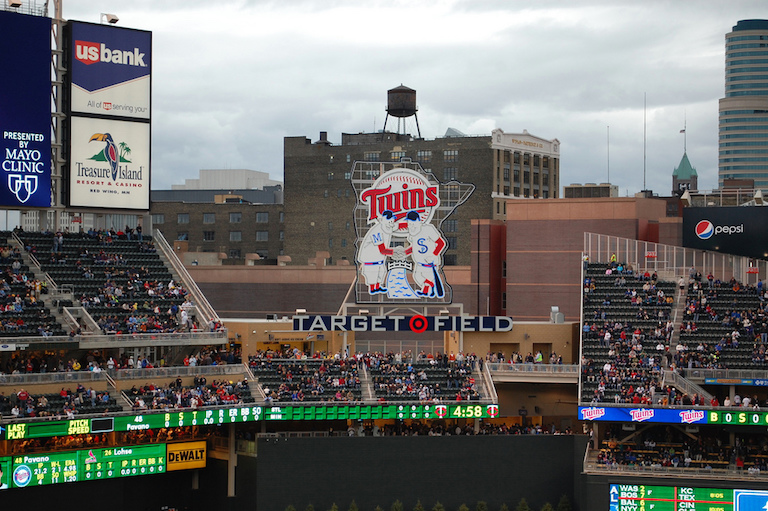 One of the most progressive cities in America is Minneapolis, with quality of life advantages like a dynamic economy, multiple entertainment choices, great restaurants and numerous recreational opportunities. Here are eight reasons why Minneapolis is an ideal city to locate:

The economy of Minneapolis is right on the money with Five Fortune 500 companies headquartered here, and the city is America’s largest center of commerce between Chicago and Seattle. Minneapolis employers look for talented young professionals all the time, and strong business sectors range almost from A to Z – including agriculture, banking, computers, education, food processing, graphic arts, healthcare, insurance, manufacturing, plastics, publishing and technology.

The food industry serves you right in Minneapolis, where restaurants like Heyday, Hola Arepa and Spoon and Stable all won national culinary awards for excellence in 2015. Other top eateries include Al’s Breakfast, Nighthawks and Terzo as well as Matt’s Bar, home of “jucy lucy” cheeseburgers. Adventurous diners can taste cuisines from Brazil, China, Germany, India, Japan, Mexico, Russia and Vietnam – all in Minneapolis.

Beautiful on the Outside

Pack your backpack and head to the Minneapolis Chain of Lakes, comprised of seven lakes and Minnehaha Creek all connected by well-maintained walking, running and bike paths. The lakes are ideal daytime getaways for boating, fishing, picnics, swimming and ice skating. Also, a 55-mile Grand Rounds National Scenic Byway provides a fantastic driving experience for motorists, plus there is a paved bikeway for riders and an asphalt walkway lined with beautiful scenery.

Now playing: Four professional sports teams in Minneapolis. Summertime belongs to the Minnesota Twins who play baseball at Target Field and won the World Series in 1987 and 1991, while fall means football and the purple-people-eater Minnesota Vikings. Basketball fans can root for the NBA’s Minnesota Timberwolves and WNBA’s Minnesota Lynx, and the NHL’s Minnesota Wild play their home games a few miles away in neighboring St. Paul.

With more theater seats per capita than any U.S. city except New York, Minneapolis has cultural landmarks like a three-stage, Tony Award-winning Guthrie Theater that overlooks the Mississippi River, plus three other recently renovated theaters are the Orpheum, Pantages and State. A three-building Cowles Center for Dance and the Performing Arts also stages plays and concerts, while visual arts fans can appreciate an award-winning Walker Art Center and its adjacent Minneapolis Sculpture Garden.

How many farmers markets are in Minneapolis? One, two? No, 40 markets, mini markets and farm stands do a growing business within the city limits, with the first markets opening in mid-April. The industry is so popular that the City of Minneapolis operates an up-to-date online website and map showing the address, season dates and opening times for every market. Check out www.minneapolismn.gov/farmersmarkets.

You can easily spend the entire day shopping in Minneapolis, where destinations can include quirky boutiques, avant-garde jewelry shops and a downtown district that houses major retailers like Macy’s, Martin Patrick 3, Saks Off Fifth and Target’s flagship store. Also downtown is Nicollet Mall that stretches for 12 blocks with hundreds of shopping options. BTW: There is no sales tax on apparel and shoes in Minneapolis.

Ranked among the best park systems in the nation, the Minneapolis Parks & Recreation Board oversees multiple sites that annually welcome more than 20 million total visitors. Minneapolis is also rated among the fittest cities in America, with residents privy to 250 park properties, 22 lakes, seven golf courses, 200 miles of biking and walking paths, and 47 recreation centers. Quick stat: There is a park located at least every six blocks in Minneapolis.