Skip to content
Home > MN > Rochester > Where to Live Now > Historic Structures Are Being Saved in Rochester, MN

Historic Structures Are Being Saved in Rochester, MN 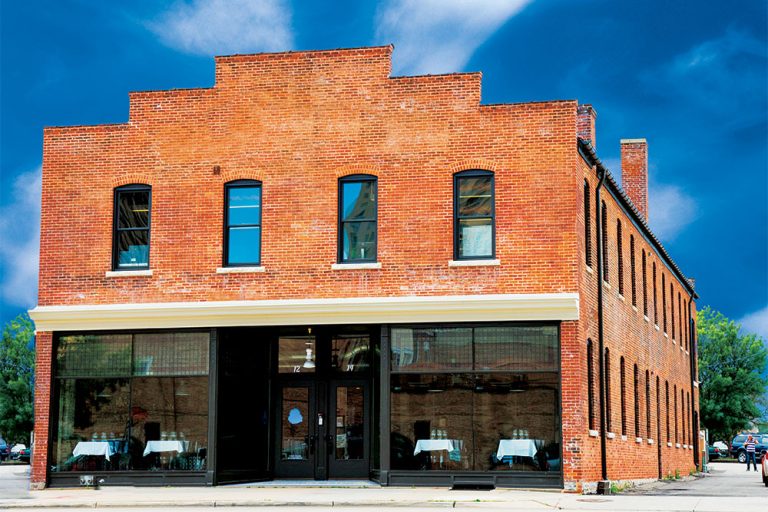 As Rochester’s economy continues to be fueled by the Mayo Clinic and the related growth of the medical industry, many would argue the city’s charm is accented by the buildings and structures that date back a century or longer.

To that end, Rochester is in the midst of preservation efforts by individuals and organizations alike. Buildings from as far back as the 1800s are still standing and, indeed, being used by today’s entrepreneurs, tech startups and other companies. Whether they’re experiencing minimal makeovers or extensive updates, these old structures and spaces give the city a certain spirit.

“Businesses really need to hang on to some of that character,” says Jeff Bell, a Rochester resident for the past 15 years, who owns a business in what is known as “The Vault” downtown. “It’s more than just being quaint, with a brick façade. It actually serves a purpose, allows things to happen that chrome, glass and steel do not.”

Bell moved his business — currently a one-man design operation called Fuse Digital Creative Services — to The Vault in the fall of 2016. He shares second-floor space in the 151-year-old building with several other tenants, including the Rochester Downtown Alliance as well as a tech startup, an artist and a writer, among others. The building is anchored on the first floor by the Grand Rounds Brewpub, Rochester’s only downtown brewery and restaurant serving locally brewed craft beer and pub-style food.

Bell says the upper floor of the building “hasn’t really changed much in 150 years. The floors creak, the doors are super tall, it’s really interesting.

“You know how in old ’40s movies you might see a private eye’s office with names on the door or in the glass. That’s exactly what it looks like — with the transom window up above that you open with a lever. It’s heated by steam. There’s a lot of character.”

The Vault’s nostalgic atmosphere isn’t the only benefit, Bell says. There’s a certain vibe about being downtown and in the historic district, networking and making connections.

“When I’m down here,” Bell says, “I’m meeting people all the time. The opportunities for conversations could be on the street, in the hall, at a coffee shop — it could be just about anywhere. It happens every week, and if I wasn’t down here those connections would be very hard to come by.”

Where History is Made

Another historic structure that’s seeing new life is the Conley-Maas Building on Fourth Street. Known as the 14 on 4 Building. Built in 1900, it was purchased by Traci and Hunter Downs in January 2016. Extensive updating began later that year, and tenants now include Bleu Duck Kitchen, BrandHoot and Collider, among others.

Though it’s not as old as The Vault or the Conley-Maas Building, the Old City Hall in downtown Rochester is also an example of historic preservation at work. It’s a renovated Art Deco structure built in 1932 that served as the seat of city government and is now an apartment building.

Not far outside of downtown another facility appeals due to its historic significance. The Mayowood Stone Barn was created by Dr. Charles H. Mayo in the early 1900s, and now serves primarily as a wedding venue and site for other events.

8 Reasons to move to Rochester

Of the 109 events scheduled at Mayowood in 2017, 90 are weddings, according to Melissa Walker, director of sales and events for Powers Ventures, which owns the facility.

“They like the history behind it,” Walker says of what makes Mayowood such a popular location for weddings. “They really like the (original) stones on the inside. It just looks more elegant.”

The site includes most of the original structures Dr. Mayo built, including the blacksmith shop, the milk house and horse stables. Another item of historic significance is the 300-year-old oak tree that serves as a centerpiece of sorts.

“It’s our iconic tree in the backyard that I would call our moneymaker,” Walker says. “Most people get married under it.”