Skip to content
Home > MN > Rochester > Where to Live Now > Why Rochester, MN is a Top 100 Best Place to Live

Why Rochester, MN is a Top 100 Best Place to Live

The home of the famed Mayo Clinic – and much more. 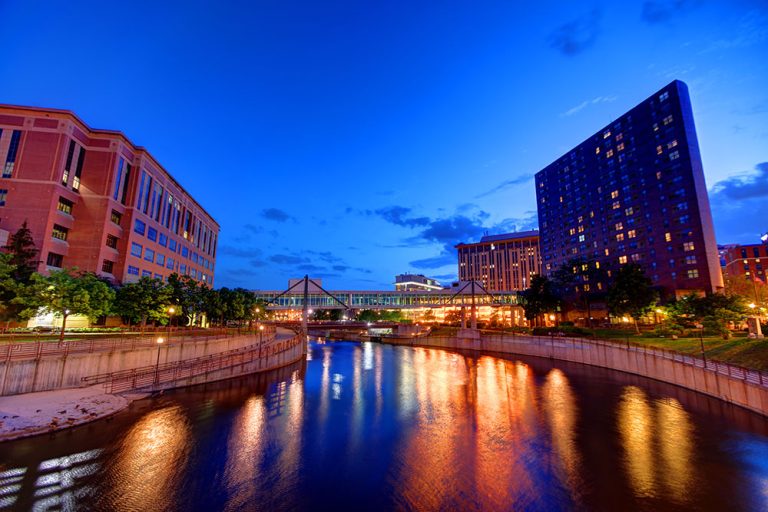 Rochester has its work cut out for it. Its anchor institution, the famed Mayo Clinic medical campus, is set to expand – big time. In the next 20 years, fueled by $6 billion in development from public and private sources, Mayo will build the “Destination Medical Centerâ€ here. That could lead to 40,000 new jobs and as many as 100,000 new residents according to Mayor Ardell Brede. Doubling the population of a city in that short of a span can knock the livability right out of a city as we’ve seen in areas under going shale-based boom times. But Mayor Brede thinks the city can and will be ready for it.

“I think 98 percent of the cities in the U.S. would love to have this challenge,â€ he says.

8 Reasons to Move to Rochester, MN

The Mayo clinic is a big deal, and in many ways has defined Rochester. It draws 2 million people each year to this town of nearly 120,000 from literally all over the globe. While in Rochester, they and their loved ones stay in hotels and spend money in the community. Many come for lengthy treatments. They bring more than cash; they bring culture and ideas.

This is how an institution can change a city. The Mayo Clinic, which employs 30,000, is such an economic powerhouse that it means Rochester has an economy, tourism, culture and amenities that are out of scale for a town its size. It also means that the city of just more than 100,000 residents, only an hour-or-so drive from Minneapolis–St. Paul, has its own international airport – and it can accommodate a 747 plane.

What it needs to do, soon, is accommodate more people. The Mayo Clinic isn’t the only thing expanding. The University of Minnesota is planning to expand its satellite campus, bringing more younger people into town. They too will need a place to live. More student housing is planned, and as with many other cities, Rochester is experimenting with adding residential density in the downtown. A multi-use development called Metropolitan Marketplace sold out before it was completed and has a lengthy waiting list.

This increase in youth and vibrancy has lead to some new amenities downtown like outdoor and rooftop seating.

“It seems that every restaurant has put a table or two outside, even if they hardly have room,â€ Mayor Brede says.

A weekly gathering with live bands, food booths, crafts and vendors continues to draw up to 20,000 people into the downtown on summer evenings.

“It’s a happening place,â€ Mayor Brede says. “We’re looking at how we can expand that in other areas of the city.”