Minnesota’s Quality of Life Attracts Newcomers – and Keeps Them Here

Minnesota's commitment to education, the arts, sustainability and transportation are helping to attract new residents 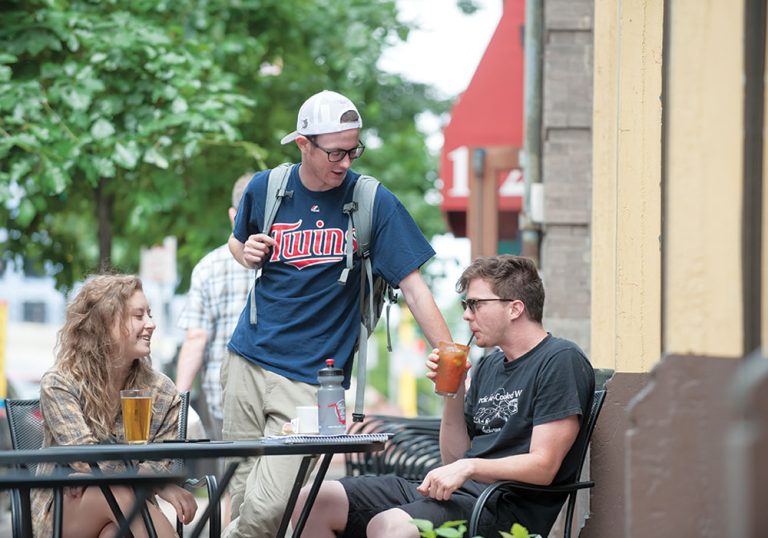 Jamie Millard came to Minnesota from her home state of Texas 10 years ago to go to college. She never left. That’s because once she arrived, Millard quickly discovered that the Land of 10,000 Lakes offered seemingly 10,000 reasons for her to stay.

“There is not one particular piece of the pie that makes this the ideal place for me to live, but it’s the sum of all of its parts together that really add up to a diverse experience,” says Millard, co-director of Pollen, a Minneapolis networking nonprofit that has more than 10,000 members. “From economic opportunity to arts and culture, to home affordability to a real diversity of industry, it’s just the perfect combination.”

Indeed, many people who live in Minnesota point to the high quality of life as the reason they call the state home, which is exemplified by the commitment the state makes to the arts. In 2008, Minnesota residents voted for a 25-year sales tax increase, with nearly 20 percent of the money going to an arts-and-cultural heritage fund. It is estimated that this will boost spending on the arts by more than $1.2 billion over the 25-year span.

“Arts and culture is one of the main things that sets Minnesota apart,” says Shelia Smith, executive director of Minnesota Citizens for the Arts. “No matter where you go in the state, you’re going to find fun things to do in arts and culture. And it’s a great place to raise a family because there are so many free and low-cost options for connecting with arts and culture organizations.”

For example, children under the age of 18 are admitted free to the Walker Arts Center in Minneapolis, which is perhaps best known for its Sculpture Garden and iconic Spoonbridge and Cherry.

“The cultural landscape of Minnesota is really of critical importance to our quality of life here,” says Bari Amadio, CEO of the Greater Rochester Arts and Cultural Trust. “People are often seeking activities as much as they’re seeking employment these days. They want this strong sense of identity and place, which is what the arts provide. And in Minnesota, it’s just engrained in our psyche.”

The State’s a Stage

There is more live theater per capita in Minnesota than anywhere else in the United States outside of New York City. From the Guthrie Theater in Minneapolis to mid-sized performance halls across the state, Minnesota has given new meaning to the concept of “Off-Broadway.”

This passion for the stage dates to the early 1900s, when German immigrants brought their community theater tradition with them to Minnesota, inspiring a thriving vaudeville scene. Then the opening of the Guthrie in 1963 sparked another theater renaissance that continues today.

“We have this long history of having an intense interest and being avid fans of theater,” Smith says. “Across the state, there are hundreds of performances to choose from every night.”

Minnesota also has a vibrant and growing culinary scene. Travel + Leisure magazine recently ranked Minneapolis/St. Paul No. 5 on its list of “Best Cities for Foodies,” stating that, “The Twin Cities clearly offer a calm haven for savoring your meal.”

But this love of food – and drink – extends across the state. Smoked fish and artisanal cheese, craft beer and fresh-roasted coffee. Minnesotans appreciate the tastes, smells and joys of a good meal.

“This is a place that thrives on hearty food,” says Eric Faust, owner of Duluth Coffee Company, which roasts its beans on site. “We like all that stuff that’s robust and full-flavored. It’s very different from what you see on the coasts, and it’s due to the type of people who are here.”

Sports fans can stay busy – with major pro teams in football, baseball, basketball and hockey – as well as plenty of great Division I college athletics. Football fans are particularly excited about Minneapolis hosting the 2018 Super Bowl in its new stadium. Throw in an abundance of festivals throughout the year – from the Minnesota State Fair to the Grumpy Old Men Festival in Wabasha to the New Ulm Oktoberfest – and there is a little something for all tastes in Minnesota.

“You really can create the life you want here because we have such diverse industries and activities,” Millard says. “I’ve become a huge cheerleader.”