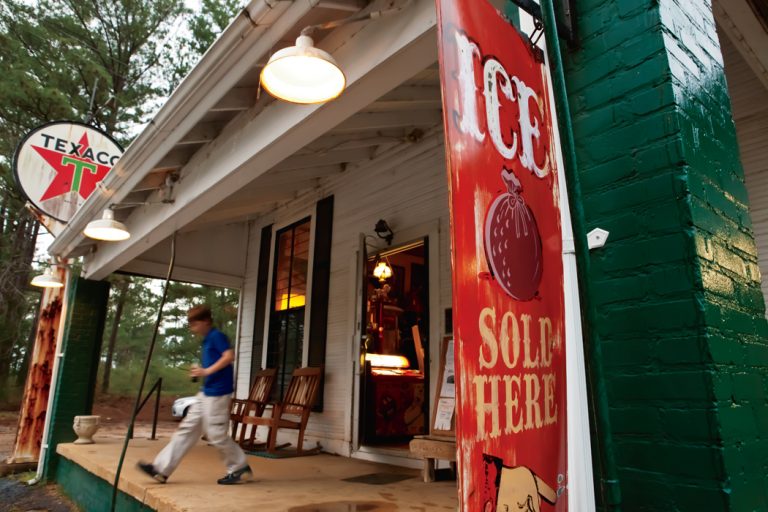 When Derron Radcliff went off to college, he figured he was saying goodbye to his hometown, on the way to life in a bigger city. It didn’t turn out that way, though, and Radcliff says he’s glad.

Instead of moving to the city after graduation, Radcliff was encouraged by his parents to bring a frustrating job search back home, a choice he says was a wise career move — as well as a fortunate life decision.

“I thought life was about a big fancy job in a competitive city, but I realized that this is home, where I have roots from both sides of my family, and that’s important,” says Radcliff, box office manager at MSU’s Riley Center. “And once I started getting involved in my career, I began to see things I didn’t realize as a child. It’s a small town, but everything you need is here.”

Like many native Meridianites, Radcliff is proud of what his hometown has to offer, pointing to the rich arts scene, a good educational system and small-town friendliness.

“Some people say there’s not a lot to do here, but I’ve found there’s always something going on,” he says.  “And the people are the friendliest you’ll ever meet. We have a lot of hometown pride, and people instill that community pride in their children. Even if you move away for a while, Meridian is still home.”

In March 2015, the East Mississippi Business Development Corporation launched a “Meridian is My Hometown” initiative to build that sense of community pride. The EMBDC asked individuals, businesses and organizations to take photos of themselves holding a sign that expressed their sentiments about Meridian and Lauderdale County, which they then posted on social media.

“It’s important to remind people that they live here by choice, that it’s a good place to live, and you should focus on expressing your pride in where you live,” says Meredith Rea of EMBDC. “We want to combat negativity and remind people that there are a lot of good things happening, good people and good organizations in Meridian.”

The campaign was remarkably successful: Photos poured in from individual residents, businesses as diverse as daycare centers and drive-ins, sororities and nonprofits. The Lauderdale School System sent a photo of a busload of schoolchildren holding a bus-length sign reading “Driving Our Community Towards Success” and Anderson Regional Medical Center employees posed in a perfect heart shape, noting, “We (heart) Meridian.”

Relative newcomer Major Mitchell Grey, shares those same positive feelings about Meridian. His 21-year career in the U.S. Marines has taken him to several posts, but Meridian has proven to be something special among them.

“This is a place where you get to see the true America again, the kind of place where people still sit on the front porch and say hello to you,” says Grey, commanding officer of Marine Aviation Training Support Squadron 1 at the Naval Air Station. “Here, you find Mom and Pop stores, the way things used to be before the interstates. People speak to you and know no strangers.”