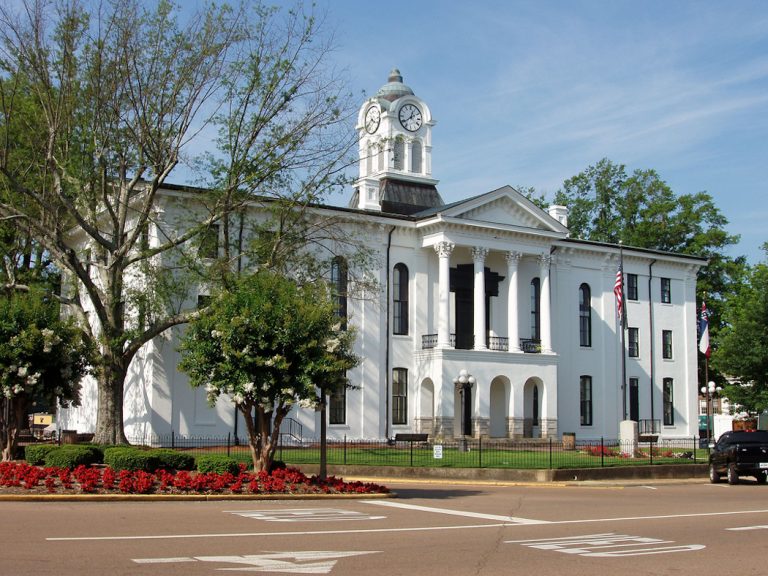 Courtesy of damian entwistle under a CC 4.0 license.

If you are a business owner looking for bright millennials for your workforce, Oxford is a good place to look. That’s because the median age in the city is 26 years old, largely due to Oxford housing the University of Mississippi (Ole Miss). Oxford has a lot going for it, and here are some things you might not know about this city in north central Mississippi:

Oxford was founded in 1837, and leaders named their new settlement after the British city of Oxford and its Oxford University. Local founding fathers hoped that the Oxford name would inspire the new Mississippi town to eventually establish its own university, and it did – University of Mississippi.

Nearly 50 buildings throughout the city are listed on the National Register of Historic Places, with about a dozen sites pre-dating the Civil War. One of the most visited historic buildings is the Lafayette County Courthouse (pictured), which opened in 1872.

The city of Oxford is served by the Oxford School District that has a “Star” rating – the highest ranking available in Mississippi.

Ranked among the best independent bookstores in the country is a two-story Square Books that has a nearby downtown sister store, Off Square Books, which deals only in used books.

Discover Why Oxford, MS is a Great Place to Live

The University of Mississippi houses the National Center for Natural Products Research, the only facility in America federally approved to grow marijuana for medical and scientific research.

The city’s largest music venue is The Lyric Oxford, originally constructed in the late 1800s. During the 1920s, the building was turned into a motion picture theater and eventually abandoned for decades, but the Lyric reopened in 2008 as a live music venue that today can seat 1,200 spectators.

Rowan Oak, former home of novelist William Faulkner, is a Greek Revival house constructed in the 1840s. The house is open for tours, and a highlight is the outline of Faulkner’s Pulitzer Prize–winning novel A Fable, penciled in graphite and red on the plaster wall of his study.

Experience the Best Things to Do in Oxford, MS

It is easy to travel to-and-from Oxford because eight highways serve the community, with all those roads traveling in different directions like spokes in a bicycle.