Skip to content
Home > MS > Tupelo > Experiences & Adventures > 9 Things Everyone Must Do in Tupelo, MS 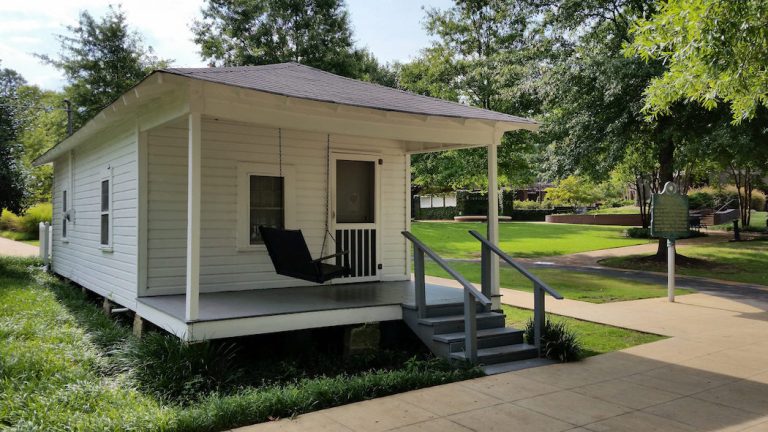 Courtesy of Wampa-One under a CC 4.0 license.

There’s a hunka-hunka lot to do in Tupelo, the birthplace of Elvis Presley and a city situated in northeast Mississippi between Memphis and Birmingham.

Visit top Elvis sites in Tupelo such as the Elvis Presley Birthplace Museum (pictured) along with Tupelo Hardware. The birthplace served as home to The King until age 13, while Tupelo Hardware sold Elvis’ mother, Gladys, his first guitar.

Attend major concerts and other events at BancorpSouth Arena & Conference Center, which has served the community since 1993. Some of the performers who have entertained at the arena include Elton John, The Eagles, Jason Aldean and Band of Horses.

Motor over to the Tupelo Automotive Museum and view more than 100 rare cars displayed in a large building across from BancorpSouth Arena. Vehicles include Liberace’s Corvette, a 1976 Lincoln owned by Elvis and a never-driven 1994 Dodge Viper.

Enjoy a number of interesting events that occur in Tupelo throughout the year, including the North Mississippi Cherry Blossom Festival that celebrates the cultures of both Japan and Mississippi each March. Other top attractions include a Tupelo Elvis Festival, Don’t Be Cruel BBQ Duel, Tupelo Craft Beer Festival, Dudie Burger Festival, GumTree Festival and a Tupelo Film Festival ranked among the Top 10 Film Festivals in America by Livability.com.

Take a Deep Dive into Recreation in Tupelo, MS

Headquartered in Tupelo is Natchez Trace Parkway, one of America’s Top 10 National Parks. Be sure to stop in at the Parkway’s Tupelo Visitors Center that features an information plaza, exhibits, gift shop and nature walk. The walk will take you from the visitor’s center to an Old Town Overlook and a Chickasaw Village Site.

There is excitement in store at the Mall at Barnes Crossing, which houses anchor stores like Barnes & Noble, Belk, Dick’s Sporting Goods, JC Penney and Sears. The one-floor mall has more than 90 specialty shops and an eight-screen Cinemark movie theater.

Tupelo has plenty of popular nightspots for those who enjoy after-hours camaraderie and entertainment, including a Park Heights Rooftop Bar that provides panoramic views of downtown Tupelo. Another good place to eat and drink is Thirsty Devil, a newly opened nightspot with weekly live music.