Tupelo, MS has a variety of livable‚ charming neighborhoods that offer everything from affordable bungalows to million-dollar executive homes. 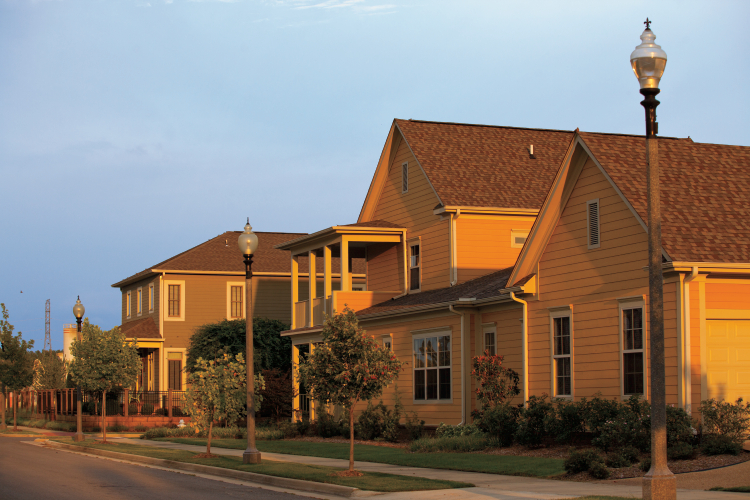 Most cities have nice areas. What’s striking about Tupelo is the variety of livable‚ charming neighborhoods that offer everything from affordable bungalows to million-dollar executive homes.

“Tupelo is very fortunate‚ and somewhat unusual for a city this size‚ to offer so many different kinds of neighborhoods that are good places to live‚” says Shane Homan‚ vice president of planning and property management for the Community Development Foundation.

Zell Long‚ assistant director for the city’s Community Development Division‚ concurs. “One of the real highlights of Tupelo is the diversity‚ not only in the people themselves but the types of neighborhoods we have‚” Long says.

The fact that the downtown area – which includes both apartment and single-family housing – continues to thrive is another factor that sets Tupelo apart. “We’ve never let the downtown fall by the wayside like some cities‚ and we have always been able to maintain a diverse mix of people‚” says Debbie Brangenberg‚ executive director of the Tupelo Main Street Association.

Downtown has nearly two dozen “upper floor” housing units. “That isn’t a lot‚ but every one of them has had a waiting list for years‚” Brangenberg says.

Additional housing will be part of the ambitious Fairpark District project‚ a 50-acre development adjacent to downtown that already is home to the new City Hall and eventually will include retail and office space.

Brangenberg herself lives close to downtown in tree-lined Highland Circle‚ where large homes from the 1920s and ’30s sit in a circle‚ backing up to common ground used for neighborhood social events.

Long says one reason the city’s neighborhoods stay vibrant is the resurgence of several neighborhood associations‚ which have helped keep areas livable that otherwise might have become blighted.

Haven Acres‚ for example‚ is a lower-income area that a decade ago was neglected and crime-ridden. After a neighborhood association formed and partnered with the city‚ crime was cut by 86 percent‚ street lighting and other infrastructure were improved‚ and a 20-year-goal of building a community center was realized. “The turnaround was really remarkable‚” Long says.

Presley Heights in East Tupelo is another success story. After neighbors there organized and implemented several beautification projects‚ they were so inspired they started an annual garden tour and street festival that draw residents from across the city to celebrate the area’s abundant azaleas.

Even Tupelo’s new developments often have character not found in a typical subdivision. The Villages‚ being built in West Tupelo‚ will include single-family and multifamily housing and some neighborhood-oriented services and retail‚ all in a gated‚ landscaped site with a central clubhouse to connect people to the community. “It’s a much more urban‚ unique environment than you might expect to see in a modern subdivision‚” Homan says.

That Tupelo has maintained so many desirable kinds of neighborhoods is a credit to “the government‚ the people and the overall attitude of Tupelo‚” Brangenberg says. “We try to be proactive. We try to plan for the future. We recognize issues and address them. You can see the results across the city.”