Tupelo's many recreation, entertainment, arts and dining options are providing a high quality of life for area residents. 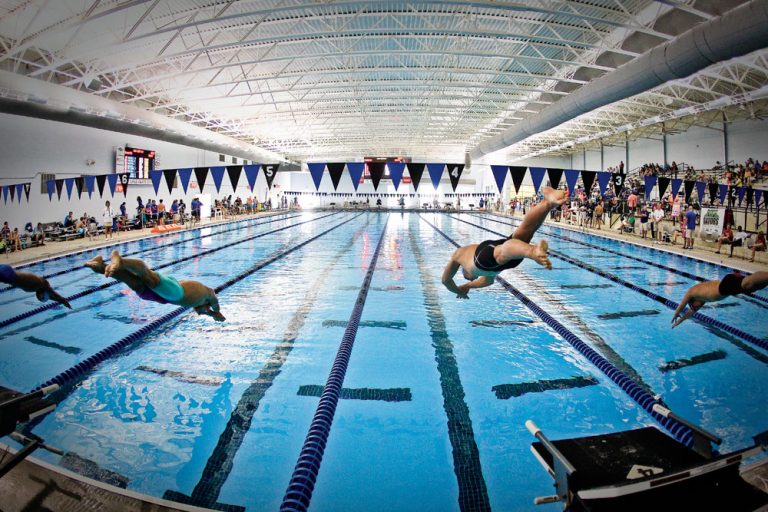 Tupelo’s rich arts and dining scenes and its many recreation and entertainment options unquestionably enrich the quality of life for local residents.

Jesse Bandre moved to Tupelo from Columbus in 2011 when he opened the first district office of Exceed Technologies, Inc. here. Bandre, his wife, Merenda, and their two daughters now live in the Barnes Crossing area.

“We’ve been to almost every local venue, park, event and campground here, but still find something new to do every single weekend,” Jesse Bandre says.

People come from miles around to visit Tupelo’s 1,400 acres of city parkland in 18 parks. In addition, there are eight state parks, including Natchez Trace and Tombigbee with its 90-acre Lake Lee, plus four national forests within an hour’s drive. The city’s 12 walking tracks/trails are popular among runners, hikers and cyclists.

“We have a great variety of places to train and run, and I’ve often enjoyed runs through downtown, Gumtree Park and Fairpark, typically stopping to take selfies with the Elvis statue!” says Jennifer Martin, a member of the Tupelo Running Club, which holds races throughout the year that benefit local charities.

Ballard Park’s Sportsplex hosts many activities including soccer, baseball, lacrosse, rugby and Ultimate Frisbee, and houses 16 professionally lighted soccer/multipurpose fields, nine lighted youth baseball fields and four lighted Tee-ball fields. Among the area’s other popular parks are Veteran’s Park, Elvis Presley Lake & Campground, the recently renovated Gumtree Park, Saltillo City Park, and the Natchez Trace Parkway Visitor’s Center, which is Trace headquarters and where visitors can learn about the area’s original inhabitants. The city’s Aquatics Water Park is a popular place on summer days, and the Bark Park in Veteran’s Park gives dogs and their owners a place to romp.

There are many leagues across the city that offer opportunities to play tennis, coed kickball, disc golf, adult softball and flag football, as well as youth football, soccer, baseball, softball and cheerleading.

Things Everyone Should Do in Tupelo, MS

The Arts Are Alive

Tupelo is also known for its varied arts scene, which is hailed for increasing the area’s quality of life while attracting thousands of visitors – and their tourist dollars – each year. There are museums to suit any interest – whether you enjoy a history lesson told through the classic cars at the Tupelo Automobile Museum, or taking in visual art at the Gumtree Museum of Art, or learning more about the city’s native son at the Elvis Presley Birthplace & Museum, which is part of the Mississippi Blues Trail.

Those interested in dance can get their fill at Tupelo Ballroom Dance Club and at Tupelo Ballet, which offers dance training and performances. Other popular performing arts venues include Tupelo Community Theatre and Saltillo Performing Arts. Entertaining audiences for 46 years, the North Mississippi Symphony Orchestra attracts musicians to Tupelo from throughout the Southeast and beyond.

Several local art exhibits and galleries feature Mississippi artists, including Caron Gallery and Art at Tupelo City Hall. And there are plenty of purchasing opportunities at the annual Gumtree Festival, which is now in its 47th year and features artists from across the Southeast.

How Tupelo, MS Provides Quality Care to the Community

Let Us Entertain You

Locals say they also appreciate all the entertainment options the Tupelo area offers, with more theater events, festivals and concert series than you can shake a stick at.

“We found we could honestly do something every day that was different from the last,” Jesse Bandre says.

Bandre serves on the Tupelo Down on Main Street board, which organizes the Summer Concert Series – widely popular free concerts in July, August and September. The group also helps organize Reed’s Christmas Parade, now in its 70th year.

Nothing could be more home-grown than the five-day Elvis Presley Festival, which celebrates its 20th anniversary in 2018 and honors the impact of The King’s music on the world. Held in June, the festival features live music from both local and national artists, as well as a 5k run, food and a pet parade. The Verona Heritage Festival celebrates the town where Elvis’ parents were married, back in 1933. Presley’s relatives often attend and activities include an antique car show, homemade ice cream, an arts and crafts show, living history celebrations and, of course, live music.

In springtime, there’s the Gumtree Festival, Mississippi’s premier arts fest, and Presley Heights Azalea Festival, a free event in Veteran’s Park that features live entertainment, children’s activities, food and vendors from across the South. Tupelo Blue Suede Cruise is held each May to combine classic cars and classic rock.

For foodies, the Don’t Be Cruel BBQ Duel is a good-natured competition held in downtown’s Fairpark. The Tupelo Chili Festival, now in its 19th year, features music, food and a chili cookoff that has teams competing for prizes.

Indoor entertainment can be found at the Helen Foster Lecture series at the Lee County Library, which presents a wide range of local and nationally known speakers and presentations. The non-profit Link Centre hosts a variety of film, music and dining events. BancorpSouth Arena is a 10,000-seat multi-purpose venue that offers dozens of events and shows year-round. Cinemark Movies 8 and Malco Tupelo Commons Cinema show the latest releases.

“Visitors from all over the world come to Tupelo to experience its unique brand of Southern culture,” says Jennie Bradford Curlee with Tupelo Convention & Visitors Bureau. “Visitors are often surprised at the big-city amenities available in a small-town setting.”

In addition to the many local festivals and events that include food and beverage options, the Tupelo Ale Trail is a progressive craft beer tasting held at downtown shops.

The city’s newest attraction is a Visitor’s Center, through the Tupelo Convention & Visitors Bureau, that has interactive exhibits showcasing local attractions and the Elvis-Tupelo connection.

“There’s truly something to do 365 days a year for local residents and visitors to this five-time All-America City,” Bradford Curlee says.