Missoula's landscape gives it a head start, but its amenities keep it a best place to live 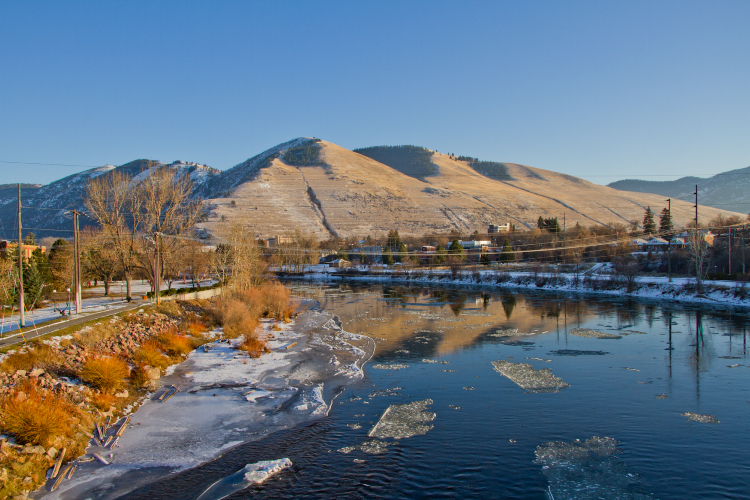 On a recent August night, Paul McCartney found that the Long and Winding Road of his world tour had taken him to an unlikely place. Every one of Missoula’s 66,000 residents could fit inside of some of the stadia the former Beatle often performs at. Yet, here he was on stage at Washington-Grizzly Stadium playing the hits from his decades-long career.

If you have ever wondered what difference having a major university can make to a city of this size, look no further than the guy at the piano singing, “Hey, Jude.” Without the tireless efforts of the staff at the University of Montana (reportedly over the course of many years) the event likely would never have happened. It’s a blockbuster, for sure, but it’s the many smaller day-to-day events that demonstrate how the university and city feed off of each other.

“We have big-city amenities in a small city package,” Mayor John Engen says. Those amenities include the occasional big-name concert, as well as local theater and music, great microbrews like Big Sky Brewing Co.’s (whose Moose Drool brown ale pays tribute to its Montana heritage), and a natural landscape that is unrivaled. As of 2015, it will also mean free and frequent bus service in the downtown area.

Mayor Engen sees great potential in the downtown area that he calls both a wish list and a work in progress.

“In the last 12 to 15 months, I’ve had more inquiries about senior and student housing, downtown living and commercial development than I had in my first two terms as mayor,” he says.

Missoula still maintains its small-town and college-town feel, though.

“One of the jokes about Missoula is that citizenship requires you to own a Subaru Outback and at least one Labrador retriever,” he says.

Labradors aren’t the only dogs in town. The mayor has the honor, if you will, of calling the annual “Wiener Dog” races as part of Pet Fest. The annual animal-adoption event has grown so popular it needed to move to a larger venue in 2014.

It’s not quite a Paul McCartney-sized crowd just yet, but if Missoulians keep adopting more dogs, it might just get there.