Skip to content
Home > NC > Chapel Hill > Where to Live Now > Why Chapel Hill, NC is One of the Best 100 Places to Live

Why Chapel Hill, NC is One of the Best 100 Places to Live 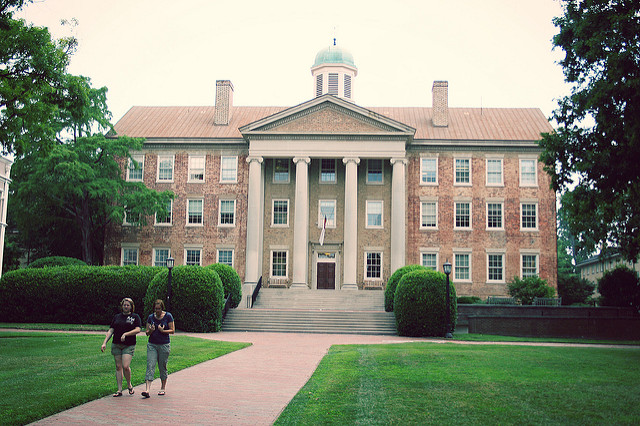 Chapel Hill, NC, is one of those communities that really does offer the best of both worlds. With a population of less than 60,000, Chapel Hill is able to maintain a small-town feel, but in just half an hour drive, residents have access to Durham and the capital city of Raleigh. Not only that – in about three hours, Chapel Hill families can find themselves either sea kayaking along the Carolina shore or hiking in the Great Smoky Mountains of western North Carolina.

Yet most Chapel Hill residents will tell you the best of North Carolina is right in their own backyard, and those amenities helped land Chapel Hill, nicknamed “The Southern Part of Heaven,” on the 2017 Livability.com list of the Best 100 Places to Live.

“We’re a small town with a big metropolitan attitude,” says Chapel Hill Mayor Pam Hemminger. “What makes Chapel Hill different, besides amenities, is we’re a very progressive and inclusive and innovative community, and that attracts a lot of diversity, which we love. Chapel Hill is unique in that manner. The people come here because they know we respect them and want to be inclusive.”

Why You Should Get Outside in Chapel Hill, NC

A big reason for the city’s diversity is the University of North Carolina at Chapel Hill, a top-ranked research institution and one of the oldest public universities in the country. UNC boasts a diverse enrollment of nearly 30,000 and is consistently named one of the best values for academic quality in higher education. It’s no wonder then that Chapel Hill has been ranked one of the smartest cities in the country. Nearly 95 percent of Chapel Hill residents have a high school diploma, and 76 percent have earned a bachelor’s degree.

“We’re getting more inquiries than ever before from businesses wanting to move here because we have a very talented workforce with people coming out of the university from all levels – undergraduate, graduate – and that’s very attractive to businesses that want to be here,” Hemminger says. “And with the university, there have been more than 450 spin-off companies from research and emerging technology, so Chapel Hill is also a very good place to start a business. But you find a lot of families want to live here because of our great K-12 school system.”

In fact, the Chapel Hill Carrboro City Schools system is one of the best systems in the state, and Orange County Schools, which also serves Chapel Hill, is also highly ranked. Chapel Hill High School, for example, was ranked eighth in the state by U.S. News & World Report.

While Chapel Hill is a town that works hard; its residents also know how to play hard – whether it’s cheering on the North Carolina Tarheels, stargazing at the Morehead Planetarium and Science Center, enjoying nature and staying active in the town’s parks and greenways or joining in a game of pickleball.

“Pickleball has become huge here; we’re really into it,” Hemminger says. “We’re very green. We pride ourselves on walkability, and we’re making our multi-mobile paths connect so that the city is even more walkable. We also just opened more miles of greenway trails. There are a lot of healthy living amenities here.”

If food is considered a pastime, it has a large following in Chapel Hill. The town’s diverse food scene and flourishing farm-to-table movement helped land it on the Livability.com list of the 10 Best Foodie Cities.

“The food movement is here big time, which people find very interesting. Our food movement is not only organic; we have the whole span of the foodie culture,” Hemminger says. “We have a place called Top of the Hill. It’s a restaurant bar on top of a building that has an outdoor patio and offers stunning views of downtown Chapel Hill. It’s just incredible, and they serve blueberry beer. People love our food nightlife in Chapel Hill. It’s fun; you can walk downtown; and it’s very safe.”