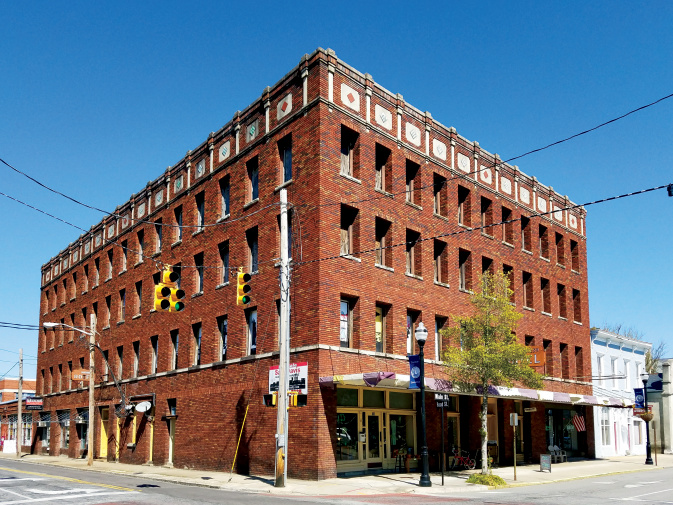 Several old things are becoming new again in the Elizabeth City area, where several planned renovation projects are poised to help transform the city and region.

“There is a lot of untapped potential in this area, and these infrastructure improvements are making the area more attractive,” says Christina Rehklau, director of the Elizabeth City Area Convention & Visitors Bureau.

Part of the appeal of Elizabeth City is its proximity to North Carolina’s picturesque Outer Banks, which currently are about a 45-minute drive away, a trip that will be even shorter after construction of the Mid-Currituck Bridge.

But it is a bridge project within Elizabeth City that has sparked much of the recent development. After five years of construction, work was completed in 2016 on the Elizabeth Street Bridge, replacing the aging two-lane structure – part of the primary route into and out of downtown – with a modern four-lane causeway crossing the Pasquotank River.

“That is opening up our downtown for development after a number of years of being in a construction phase,” says Deborah Malenfant, executive director of the Elizabeth City Downtown organization. “Elizabeth City is right on the tipping point now. There are quite a few things going on that, once we start seeing some solid movement, it’s going to create significant momentum.”

Here is a quick look at four projects in the Elizabeth City area making headlines in 2017:

A 32-acre, 72-unit complex built in 1976 was the primary housing for the nearby United States Coast Guard base for more than 30 years. But the USCG closed the facility in 2011 in favor of giving members housing vouchers to live wherever they wanted.

Developer James Rose purchased the gated community in 2016 with plans to spend nearly $2 million renovating the units. The first apartments became available earlier this year. Rose says eventually he would like to build new units on the site, which currently has several acres of open land.

“It’s only partially developed, so there’s still a lot they can do with that property,” Elizabeth City City Manager Richard Olson says. “Even though the Coast Guard didn’t spend much money on it in recent years, the overall project has good bones. And it’s in a great location.”

In addition to being less than a mile from the Coast Guard base, the complex also is close to Elizabeth City State University, which has nearly 2,500 students.

While there are plenty of B&Bs and chain hotels in the Elizabeth City area, one thing the city doesn’t have is a true boutique hotel. That is about to change with the renovation of the Southern Hotel, a 54-room structure that was built in 1872 but has not operated as a hotel in decades.

“This was sort of the first big indication that it’s a new day in Elizabeth City,” says Wayne Harris, director of the Elizabeth City/Pasquotank County Economic Development Commission. “That’s going to be a $13-million project in a very iconic building. It will be a major catalyst for other downtown redevelopment.”

Developer SAGA Construction plans to renovate the interior of the building to reflect its original late 1800s appearance. The company hopes to have the hotel operational by the end of 2018.

Investors are looking to tap into downtown’s resurgence with not one, but two, new brewpubs. The Elizabeth City Brewing Company will be located on Water Street in the two-story Fowler Building, which was built in 1902, while the Ghost Harbor Brewing Company is set to open in a former livery stable on Colonial Avenue.

“The brewpubs will be near the other end of Main Street from the Southern Hotel, so the projects kind of serve as bookends of our downtown,” Malenfant says. “When those projects come to fruition, our downtown will be much stronger.

“Breweries and brewpubs have served as an economic development focus in many downtown areas across the nation. It will create a vibe in our downtown that will be beneficial.”

Meanwhile, Camden Towne Center is being built on 18 acres of land near the county courthouse and high school in the Camden community. The first phase includes a 11,000-square-foot structure housing a pharmacy, hair salon, restaurants and medical practices.

Camden County Economic Developer Charlie Bauman says he is pleased with how the development “runs parallel with the county’s efforts to recruit more retail and service-oriented entities to the community by the need expressed by our growing consumer market.”

“Camden is really starting to grow from being more of a bedroom community to now having a population large enough to support certain services,” Owens says.