If you're searching for a new place to live, here's why you should set your course for this charming North Carolina city. 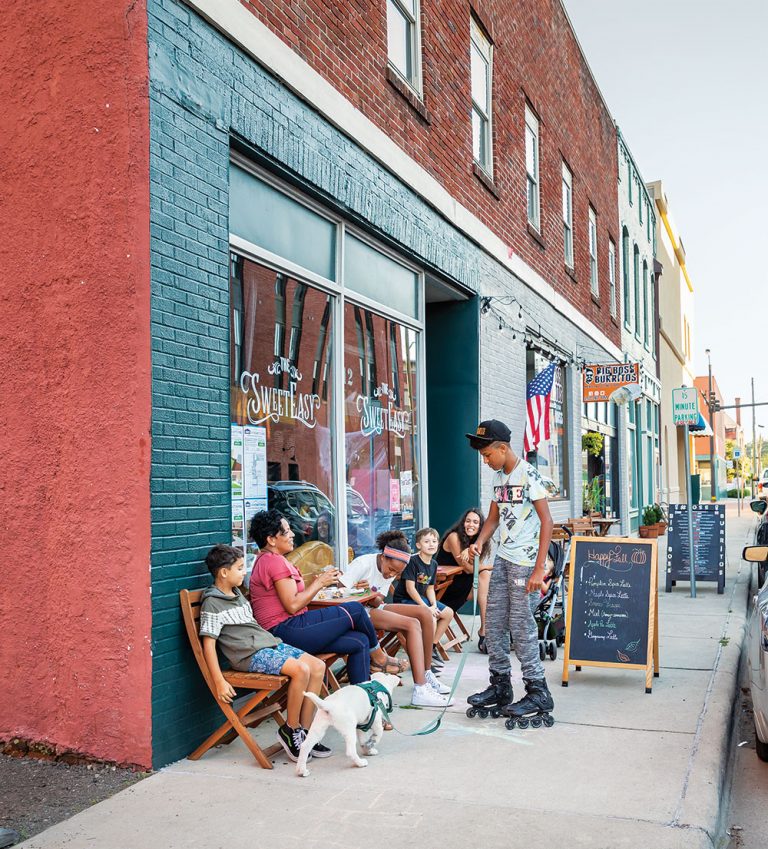 So you’ve landed that new job, and it’s fully remote! That means you can live anywhere you want. Or maybe you’re ready to retire and are longing for an idyllic (and affordable!) place where people know your name. No matter your situation, here’s why you should put moving to Elizabeth City near the top of your list.

1. Soak up some waterfront living.

Elizabeth City is known as the Harbor of Hospitality for its 14 boat slips at Mariners’ Wharf, where people can dock free of charge for up to 48 hours. That means you can ditch your car and take your boat for a night out on the town. And in the region, there are plenty of opportunities to go kayaking, sailing and much more.

Outdoor enthusiasts can explore 20,000 acres of state parks in the region.

2. You can afford to live here.

The cost of living in Elizabeth City is lower than in many North Carolina communities and the national average. The average home value here is $186,000, about a third less than the North Carolina average (Zillow, January 2022). Money magazine ranked Elizabeth City among the Best Places to Live on the Coast. RetireNC.com named Elizabeth City a Certified Retirement Community, a status that recognizes the city as an active and inviting community for retirees.

Elizabeth City boasts a revitalized downtown that is historic and vibrant. Stroll the streets to find unique shops, coffeehouses and art galleries that blend with restaurants offering everything from fine Southern cooking to sushi.

We have 14 delicious reasons why you won’t go hungry here.

4. Find a great job in the region.

A good word to describe Elizabeth City’s economy is diverse, as it boasts key employment sectors such as agriculture (Pasquotank County has 130 farms!), military and defense, energy, manufacturing and tourism.

5. Actually, your career can soar here.

Elizabeth City State University (ECSU) is helping its students prepare for lucrative aviation careers with the U.S. Coast Guard or United Airlines. A historically Black university, ECSU has partnered with the Coast Guard to launch the College Student Pre-Commissioning Initiative (CSPI). The CSPI program offers opportunities for ECSU students to follow multiple career paths toward becoming aviation officers. Meanwhile, the university has also partnered with United Airlines to train students to become the next generation of commercial airline pilots. United Airlines officials say 50% of their hiring goal over the next 10 years includes women and people of color.

6. You’ll have great neighbors in the Coast Guard.

Everyone in the region knows the importance of Coast Guard Air Station (CGAS) Elizabeth City, which is a large employer with about 850 officers and enlisted personnel. Coast Guard officers often speak at schools about the operations that take place at CGAS Elizabeth City, and the personnel stage an elaborate Fourth of July demonstration and celebration. The base is so valued that the Elizabeth City Area Chamber of Commerce has a Military Affairs Committee and organizes an annual Coast Guard Week.

Orville and Wilbur Wright enjoyed vacationing in Elizabeth City in the early 1900s prior to their historic aircraft flight at Kitty Hawk in 1903.

If you can’t find fun things to do in Elizabeth City, you aren’t looking hard enough. For art devotees, First Friday ArtWalk takes place each month from 4-7 p.m. downtown, and the Music on the Green concert series takes place from 6-8 p.m. every Tuesday in August and September at Mariners’ Wharf Park. Also at Mariners’ Wharf Park is the Downtown Waterfront Market, which is held on Saturdays during summer months. Exercise enthusiasts can take part in the annual Coast Guard Half Marathon & Guardians of the Atlantic 5K, scheduled for March 2022. Late November brings the Elizabeth City Holiday Celebration & Grand Illumination.

Women-Owned Businesses Thrive in this City

Meet the women who are driving the revitalization of downtown Elizabeth City, NC.

8. This is an excellent place to work remotely.

Professionals who have made the decision to ditch the office and work from another location have discovered that Elizabeth City has everything they need, says Sandi Ayres, owner of Fusion Office Business Centers, which provides flex office space and services that allow professionals to work remotely while having a sense of community. “I see such growth and change in Elizabeth City,” Ayres says. “It’s evolving into this really cool place to do business, hang out, enjoy a dinner outside with friends and family, and shop.” Elizabeth City is within driving distance of the ocean, the countryside, the mountains and bigger cities, and it has a true small-town feel. “It’s also a great family-friendly place to live.”

Get to Know Elizabeth City