Eastern NC Is a Global Magnet for Foreign Investment

The Eastern North Carolina region has more than 50 major international industries selecting the area for their company's U.S. operations. 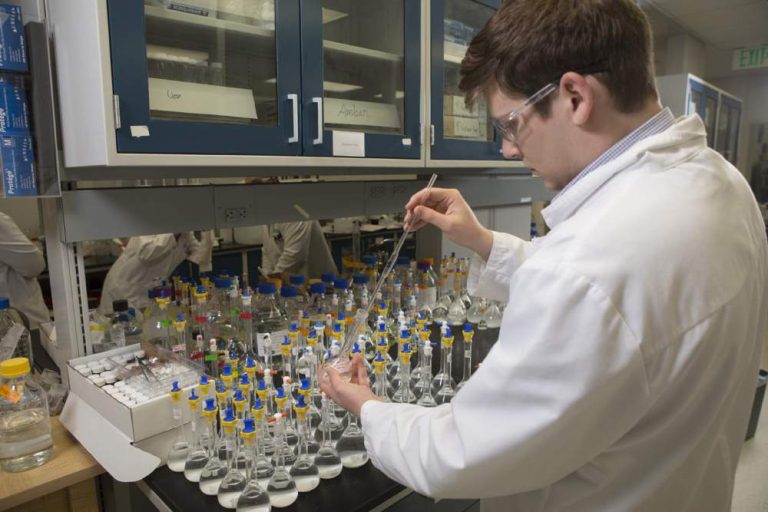 Eastern North Carolina has gained worldwide attention from major international companies for its availability of skilled labor, impressive educational system, logistics and transportation network, and quality of life appeal. The region’s pro-business climate and cooperation between federal, state and local governments, as well as economic development agencies, have encouraged more than 50 international firms from 20 different countries to invest in the area through the establishment of new facilities as well as mergers and acquisitions of existing firms.

One of the top draws for foreign firms is Eastern North Carolina’s abundance of educational institutions, which include a major research university and 11 community colleges that provide customized workforce development training for industry. The region’s advanced communications infrastructure and highly developed transportation system are also key assets for firms with global operations. The area offers proximity to multiple seaports and is home to the multimodal North Carolina Global TransPark, which features an airport with an 11,500-foot runway that can accommodate the world’s largest cargo jets. Other advantages include networking and industry support programs for foreign companies, and two foreign trade zones. The trade zones offer cost savings for custom duties, personal property tax, sales and use tax, and additional savings on interest, labor and shipping costs. The area also benefits from a large pool of former military employees, many with second language skills and foreign work experience.

Several Japanese firms operate facilities in the region, including Fuji Silysia Chemical USA, which makes silica gel products in Greenville; LiveDo USA, which makes incontinence products in Wilson; and True Marine that makes boats in Morehead City, as well as automotive suppliers like ASMO Greenville of NC, Inc., Keihin Carolina System Technology (Tarboro), Bridgestone/Firestone (Wilson) and Uchiyama (Goldsboro). With a workforce of more than 2,000 at its passenger and light truck tire manufacturing facility in Wilson, Bridgestone/Firestone is one of the region’s largest employers. In Greenville, ASMO employs more than 500 and is adding 200 new jobs by 2016 at its facility, which makes DC motors and automotive systems. The company’s $50 million expansion utilized grant funds from the state’s Job Development Investment Grant (JDIG) program, with assistance from several local agencies and utilities. The incentive provided ASMO with more than $1.2 million in aggregate benefits based on job creation and performance. German appliance manufacturer BSH Home Appliances has expanded its plant in New Bern multiple times, and Carolina Technical Plastics, a subsidiary of German plastics producer Wirthwein, operates an injection molding plant there that is also thriving.

Netherlands-based DSM Pharmaceuticals, which recently announced a merger with Patheon, has invested hundreds of millions of dollars into its 640-acre site in Greenville since locating its biopharmaceutical drug facility there in 2001. DSM North America President Hugh Welsh says the company looks forward to continuing its growth in the region.

“Eastern North Carolina offers us access to a skilled and engaged workforce, excellent relationships with regional universities, and cooperating and enabling local, regional, and state government and economic development authorities,” Welsh says. Additionally, the community “shares our values of creating brighter lives for people today and generations to come,” he says.

Italian-owned companies BioChemtex and Nutkao USA Inc. have both announced plans to locate plants in the area. BioChemtex is investing $200 million in a biomass ethanol production plant that will employ 65 and create an estimated 250 indirect jobs throughout the area. The plant will be one of the only facilities in the nation to make liquid fuel on a commercial scale from purpose-grown energy crops. Nutkao, a producer of nut-based products, is building a $17 million nut butter manufacturing facility in Rocky Mount that will create nearly 100 new jobs. Eastern North Carolina’s logistics and transportation infrastructure played a key role in persuading the firm to locate its U.S. operations there, according to Nutkao President Davide Braida.

“We are in the fast-moving consumer goods business, and North Carolina is very well located from both inbound (raw materials) and outbound (finished products) logistics costs standpoint,” he says. “Also the availability of the workforce with the correct ratio of skills and costs and the availability of a shell building will help us shorten our plant project.”