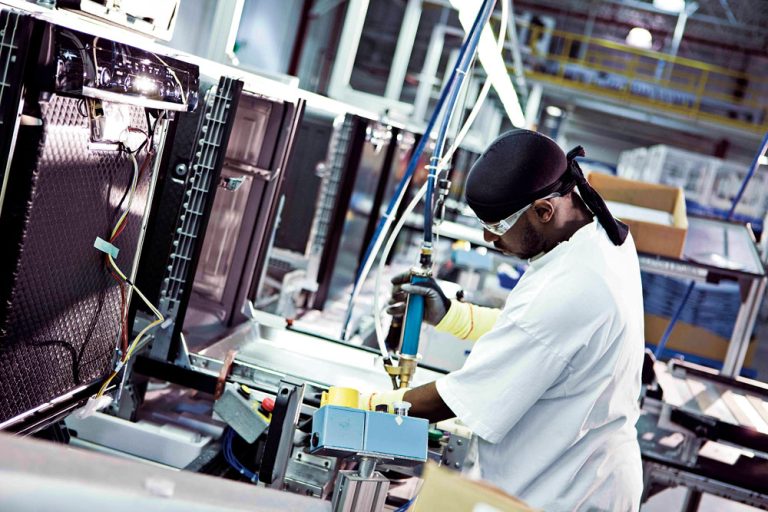 From tech startups to global manufacturers, companies of all sizes are finding success in Eastern North Carolina thanks to the region’s deep talent pool, educational assets including East Carolina University, low cost of living and a diverse quality of life that encompasses coastal recreational opportunities in the east to the excitement of new discoveries in Research Triangle Park to the west.

Early-stage tech company GamePlan made Greenville its address of choice when it moved from the New York City area eight years ago. The company creates software to enhance student athlete development. Today the company’s offices are a short walk from the east campus of East Carolina University.

“We take great advantage of the talent there,” says Vin McCaffrey, GamePlan’s founder.

He discovered Greenville through family members and learned the region has well-organized angel funds that have  a record of providing the vital resources for early-stage companies to grow.

“Often that’s perceived as a Raleigh or Charlotte advantage, but we have talent and treasury,” says McCaffrey, meaning access to funding and “smart, young talent.”

GamePlan’s software is used by 70 Division One schools as well as two professional leagues. The company expects revenues to grow 180 percent this year.

On the coast in historic Edenton in Chowan County, Regulator Marine manufactures innovative fiberglass sport fishing boats that are in such high demand that the company announced an expansion of both its workforce and its facilities. The market for the company’s boats, which range from about 24 to 41 feet, is stronger than at any time in recent years.

Regulator Marine announced the addition of 4,000 square feet of space and 15 new positions to its 160-person workforce. It is also growing its distribution network. Additionally, Regulator Marine has instituted a lean manufacturing team to increase production efficiency, says Joan Maxwell, the company’s president.

In Wilson County, Bridgestone Americas Tire Operations is investing $164 million over several years to expand its facility, where the company has manufactured tires for more than four decades. The investment is aimed at improving the plant’s global competitiveness by installing leading-edge technology, expanding production capacity and reducing costs.

The investment will secure the positions of the 2,200 workers at the facility, which will have the capacity to produce 35,000 tires a day once the expansion is complete. Bridgestone is the county’s single-largest industrial employer. The Wilson facility expanded in 1999, when it added 85,000 square feet.

The plant, the first Bridgestone tire manufacturing facility to produce run-flat tires, today manufactures the company’s DriveGuard tires, the first full line of premium, all-season replacement tires engineered to go up to 50 miles after a puncture.

The facility is one of the company’s most environmentally sustainable plants and has received recognition for its environmental efforts.

In addition, the Wilson facility was the first tire plant to earn ISO 50001 certification and achieve Superior Energy Performance (SEP) Mature Pathway certification from the U.S. Department of Energy. It also was the first plant in the world to achieve Underwriters Laboratories’ (UL) validation for Zero Waste to Landfill.

The first two phases of the expansion focus on the addition of 167,000 square feet of manufacturing space to accommodate new tire assembly machines, materials handling systems, curing presses and other equipment to increase plant capacity by 3,000 tires per day.

Bridgestone’s decision to invest millions of dollars in the Wilson facility represents “an important expansion that will allow us to grow our production and manufacturing capabilities to meet the changing needs of our customers,” says plant manager Michael Darr.

“Our investment in updated equipment and improved manufacturing processes and facilities reflects our focus on maintaining our global competitiveness, as well as our commitment to the Wilson community,” Darr says.