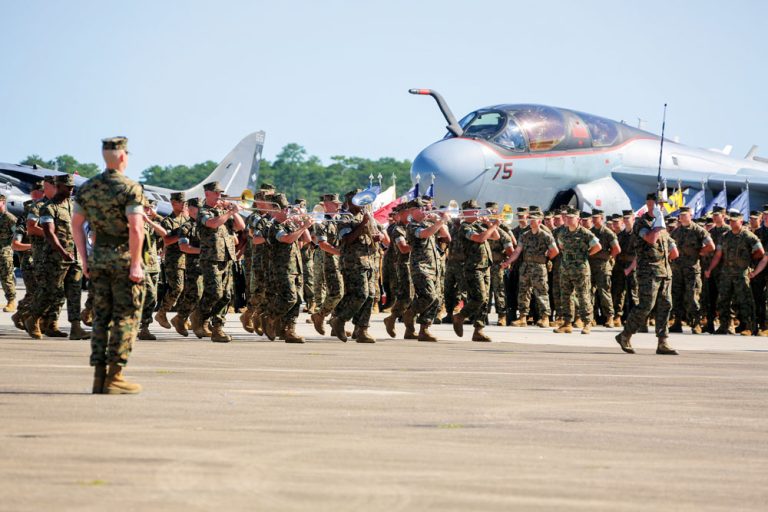 An ordinary day involves extraordinary achievements for workers in Eastern North Carolina’s advanced manufacturing sector, from maintaining the aircraft the Air Force depends on to defend the nation to mastering robotics that produce automotive components for the global marketplace.

The 28-county region is home to technology-driven manufacturers in a wide range of industries, from aerospace, defense and motor vehicle components to appliances and marine products. The aerospace and defense sector employs 13,000 workers throughout the region. Motor vehicle manufacturing provides employment for another 10,000 people who produce tires, glass and other automotive components.

The base performs heavy maintenance on Coast Guard aircraft in the acres of warehousing and hangars where parts are stored and manufactured. In addition, Coast Guard rescue swimmers train in a $28 million facility that simulates

Aircraft are maintained in 233,486 square feet of hangar space, says Robert E. Kerns, a spokesman for the base.

Employment at the base is expected to grow when the Air Force’s new fleet of aerial tankers arrives in a few years. Seymour Johnson has been selected to host the KC-46A, which, over time, will replace the KC-135, which began service in the 1950s. The KC-46 was developed by Boeing from the 767 jetliner.

The replacement of the KC-135 is expected to result in an increase of 53 full-time, on-base personnel as well as their dependents, says Kerns.

Throughout the region, civilian employers are implementing the latest technology to stay ahead of global competition.

Discover the Thriving Economy that is Eastern North Carolina

In Tarboro, Keihin Carolina System Technology Inc., or KCST as it is known locally, assembles and tests electrical components for Honda vehicles made around the world.

The company, which has operated in Tarboro since 1998, announced the investment of $13 million over three years and the addition of 42 positions for production associates and technical staff. Before the expansion, the company employed 400 people.

KCST ships engine control units produced at its 147,000-square-foot plant in Tarboro to Honda assembly facilities in the United States and Canada as well as China, Japan, Mexico, Thailand and the United Kingdom. The company is part of Japan’s Keihin Corp.

A performance-based grant of $150,000 from the One North Carolina Fund is helping to facilitate Keihin Carolina’s expansion in Tarboro. The One NC Fund provides financial assistance to support local government efforts to attract economic investment and create jobs. Companies receive no money up front and must meet job creation and capital investment targets to qualify for payment. All One NC grants are contingent upon a local government match.

“KCST considers its employees to be its greatest assets and invests heavily in their continuing education, training and manufacturing skills development. With the vision of passionate people committed to excellence, KCST strives to the world class performance in product quality, customer satisfaction, employee fulfillment and dedication to corporate citizenship,” Catt says.