Eastern North Carolina Rises as an IT, Entrepreneurial Hot Spot 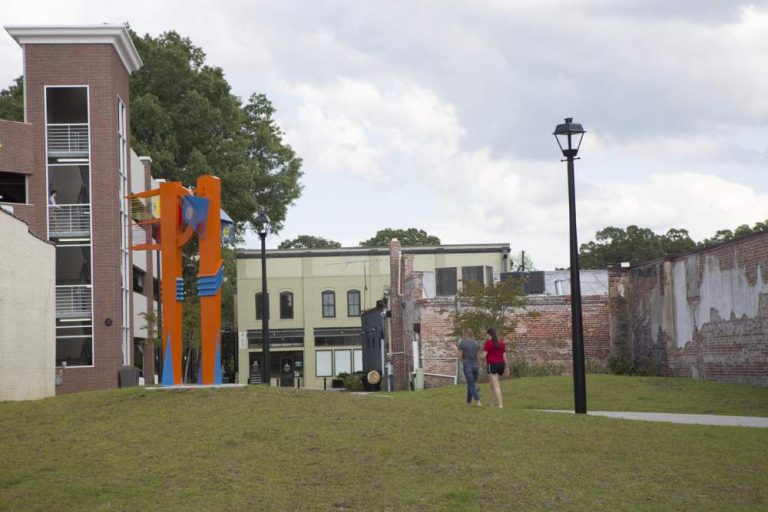 When New York City-based Standard Medical Acceptance (SMA) Corporation began searching for a site for its new operations center, founders Bill Lanzen and Sylvain Raynes searched far and wide to find just the right location. Their choice: Edenton, N.C., a town of 5,000 located on the Albemarle Sound in the northeast corner of the state. The medical financial services firm, which operates a technology platform that helps health-care providers address and solve funding issues, is the newest in a growing cluster of technology companies who now call Eastern North Carolina home. The region’s welcoming climate, affordability, excellent educational resources, extensive broadband fiber network, and pro-business environment are drawing tech-based startups and established companies alike. Along with Greenville-based East Carolina University (ECU), the 26-county region is home to five large military installations – including the U.S. Coast Guard – where thousands of technically trained workers exit bases each year. Reputable universities like Duke, University of North Carolina at Chapel Hill and North Carolina State University are also nearby. These institutions combined provide the region with a steady stream of technical talent.

While bucolic Edenton might seem to typify this region, Eastern North Carolina also includes larger cities like Greenville, with a metro population of nearly 200,000. Greenville’s information technology sector employs more than 1,000 people, many of them ECU grads.

“Most of the people who work for my company earned either a bachelor’s or master’s degree from ECU,” says Craig Hamilton, president of Greenville-based H&A Scientific, which develops laboratory software for pharmaceutical and medical device companies.

The firm is located in the right place. Greenville is home to a burgeoning life sciences industry that includes the world’s largest contract biopharmaceutical development and manufacturing firm, Patheon, which employs 1,000 locally and has announced plans to add 488 new jobs.

Mayne Pharma is another big pharmaceutical player based there.

“Greenville is a great place to live and work,” Hamilton says. “Life is good here, and as a company, we expect to continue to grow and expand here.”

“Our platform helps the student-athlete successfully transition from high school to college and ultimately into the workplace,” says GTG founder and CEO Vin McCaffrey.

A New Jersey native and former Lehigh University basketball player, McCaffrey was inspired to start the firm by his own experiences as a student athlete. A visit to his brother-in-law’s home in Greenville convinced him to move his family – and GTG – south. The company set up its operation in Uptown Greenville, whose urban vibe makes it attractive for IT firms. GTG mainly hires three types of talent – software developers, sales and account management specialists and customer-service representatives. Greenville has been a slam dunk for all three, McCaffrey says.

Business on the Beach

Another IT startup, seven-year-old Transportation Impact and its subsidiary First Flight Solutions, use technology to help companies reduce shipping costs. Their home base is Emerald Isle, a small town located on the Crystal Coast along the southern coast of the Outer Banks.

“Emerald Isle’s quality of life makes it perfect for business,” says co-founder Travis Burt, who spent several decades in operations at UPS and Federal Express before launching his enterprise. “Our people are highly focused, but our workplace is laid-back. When the weather’s nice, we walk to the pier for lunch. ”

This firm is a mix of IT workers and account managers. Burt looks for a level of determination and energy that might be difficult to find elsewhere – and because of the company’s beachside location, he can be choosy. The region’s top-notch community colleges and local schools are also vital resources that make the location ideal.

“Community colleges here equip their students with the skills any business needs to succeed,” Burt says.

A business acquaintance first clued Bill Lanzen into the benefits of operating an enterprise in Eastern North Carolina. After visiting the region for a week, “I was absolutely bowled over by Edenton, which Forbes magazine calls one of America’s prettiest small towns,” Lanzen says.

A grant from the One North Carolina Fund as well as a loan to finance the construction of its new building convinced both Lanzen and partner Raynes to make the move. A team of 35 people will staff the facility when it opens this summer, and average pay will be $61,000 – almost twice the county average.

“The level of support we’ve received in Edenton is unprecedented,” Lanzen says. “We’re now both big fans of this part of the country.”