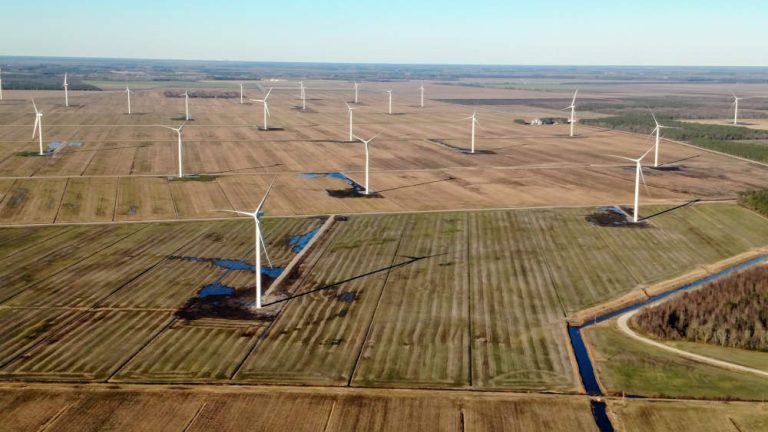 Eastern North Carolina has emerged as a prime location for businesses seeking low costs, and reliable and abundant energy resources with some key innovations in power generation. Along the busy Interstate 95 corridor, construction is expected on the Atlantic Coast Pipeline. Richmond-based Dominion Resources is lead partner on the pipeline, which will extend from West Virginia to the North Carolina/South Carolina border.

“The pipeline will greatly enhance the availability of natural gas in the entire Southeast,” says Gary Brown, economic development director for Northampton County, N.C., which borders Virginia and where one of the pipeline’s gas-compression stations will be located.

The pipeline is expected to pump $680 million each year into the economy of the 24-county Eastern North Carolina region. When it goes fully online in 2019, the pipeline will have a daily capacity of 1.5 billion cubic feet of natural gas.

“Natural gas is critical for manufacturing and other energy-intensive companies, but residential consumers will also benefit from the pipeline,” Brown says.

The project has been in development since 2011, with design reviews and an extensive permitting process involving the Federal Energy Regulatory Commission (FERC) and the municipalities and counties through which it will pass.

The region retains a rural, small-town charm, with abundant pine forests – another important energy resource. Pellet stoves are popular throughout the northern tier of the U.S., in Canada, as well as in Europe and Asia, and new federal guidelines in Europe have mandated conversion to renewable fuels for electric generation. Enviva LP produces pellet fuel at plants in Hertford and Northampton counties, which are shipped to markets worldwide. The proximity of several deepwater ports helps make this economically viable.

Although lower petroleum costs have decreased wood’s popularity as a fuel, pellet production is still a key contributor to the regional economy and a source of renewable energy for the world as a whole. It has also served to buoy demand for wood after the decline in demand for paper products.

In addition to more than $1 billion in investment in solar farms, Eastern North Carolina is also a perfect location for another type of energy: wind power. Avangrid Renewables is building a mammoth wind farm near Elizabeth City. Its customer is a data center across the border in Virginia operated by Amazon.com. When complete, the Amazon Wind Farm East will have 103 wind turbines spread over 22,000 acres.

“During the first year alone, we will pay $620,000 in land lease payments to 60 property owners,” says Craig Poff, Avangrid’s director of business development. “The project will become the largest taxpayer in both Pasquotank and Perquimans counties, and we’ll be able to do that without creating a major cost impact on those counties, such as for road or school construction.”

Occupancy rates for area hotels are up 30 to 40 percent since construction began in fall 2015. When the wind farm is complete, 143 local people will work on site. Not only is this project significant in the economic rewards it stands to deliver to landowners and the community at large, it is the very first industrial-scale wind power project in North Carolina and one of the first in the southeastern United States.

By partnering with Avangrid, Amazon was able to lock in its electricity rate for the next 20 years. Moreover, the project has caught the eye of other companies looking to obtain reliable energy and reduce their environmental impact.

“Wind energy is now more cost-effective than, say, constructing a coal-fired plant,” says Wayne Harris, director of the Elizabeth City/Pasquotank County Economic Development Corp. “With wind, there’s no mitigation required. By contrast, the amount of pollution control you have to put on a coal-fired plant can be quite costly.”

Harris notes that  technology companies in particular are enthusiastic about wind power.

“In today’s booming high-tech economy, they have plentiful cash and they can afford to make the investment in renewable sources of energy,” he says. “Amazon’s involvement definitely ratcheted up the interest of the business community.”