Learn more about the strength and influence of the life sciences sector in Eastern North Carolina and how the region’s highly educated workforce, easily accessible location, strong infrastructure and appealing quality of life enhance it. 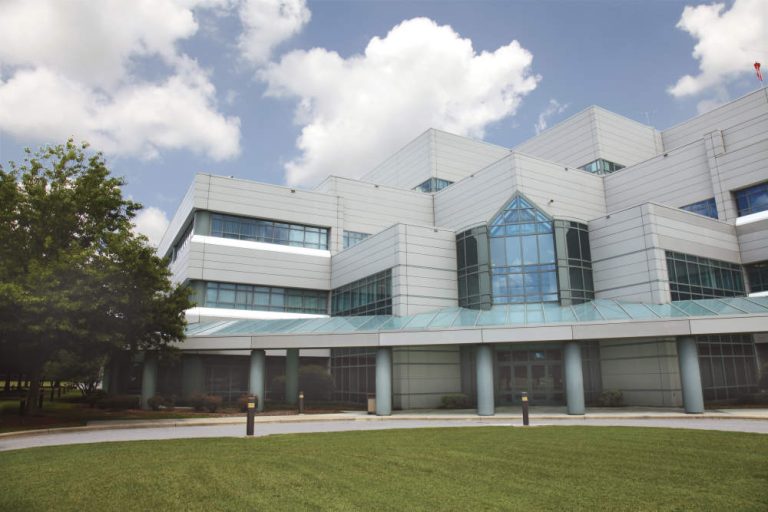 When speaking about his company’s North American home base, Franco Negron finds it easy to extol the many benefits of operating in North Carolina and in the eastern part of the state in particular. “

When you look at our footprint here – Durham, High Point and Greenville – it’s clear that North Carolina provides all of the elements required to build a successful business,” says Negron, senior vice president of commercial operations for Patheon, the world’s-largest contract biopharmaceutical development and manufacturing firm.

The company is part of a thriving life sciences sector in Eastern North Carolina whose strength and influence extend internationally, thanks to the region’s highly educated workforce, strategic location, strong infrastructure and appealing quality of life. The industry employs some 8,000 workers in high-paying jobs for major suppliers and core companies ranging from research centers to manufacturers.

The region’s life sciences hub is Greenville, where Patheon – a unit of DPx that recently merged with DSM Pharmaceuticals – is investing $159 million to expand its flagship sterile-manufacturing facility, creating 488 new jobs in addition to its 1,000 already in place.

In Greenville, Patheon and its cohorts have found “a strong community, with support from academics, government and regulatory agencies, and of course, a great workforce that has proven to be extremely committed, dedicated and passionate about the business we’re in,” Negron says.

While Eastern North Carolina boasts a number of satellite locations for larger firms, the region has also produced many homegrown startups in the life sciences sector that continue to flourish in the region. The long list includes CTMG, Metrics (recently acquired by Australia-based Mayne Pharma), MXBiodevices and Prima Tech USA, a leading maker and distributor of animal-health applicators.

Usala chose Eastern North Carolina as CTMG’s home base “because of the combination of spirited investors and medical professionals that shared our vision of bringing clinical-trial excellence to the region,” he says, adding that “the possibility of working with the large health-care institutions found here, including Vidant and the Brody School of Medicine, was also a factor.” CTMG works primarily with health-care institutions and private physician groups.

The company recently began a partnership with the University of North Carolina at Chapel Hill on mutually beneficial studies, and “our goal this year is to seek a similar relationship with hospitals and university medical centers in the eastern part of the state, where we started,” Usala says.

The educational expertise that company leaders praise within the region extends to East Carolina University (ECU), which is preparing students for jobs in life sciences fields through a new degree concentration in forensic science and a new master’s in biomedical engineering. The forensic degree is designed to encourage more students to pursue science as a career, says Dr. Anthony Kennedy, an associate professor and director of the multidisciplinary forensic science program within ECU’s Department of Chemistry.

“Naturally, economic development centered on the natural sciences in this region is dependent on a well-skilled labor pool,” he says. “By expanding that pool of labor, we hope to contribute to the economic growth and development of Eastern North Carolina.”