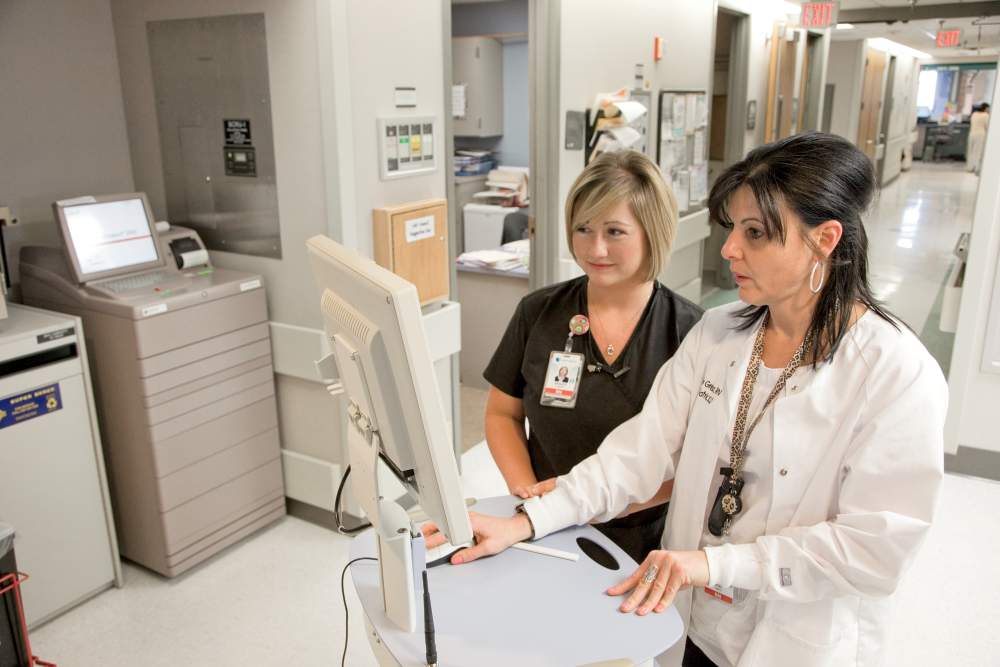 In North Carolina’s Eastern Region, the health-care industry is continually progressing. Advances range from major building expansions to breakthroughs for groundbreaking treatments. Greenville-based Vidant Medical Center recently opened a new children’s emergency department and will open a new $48 million Children’s Hospital later this year. It also added new robotic technology for patients recovering from neurological injuries. Its cardiac center, the East Carolina Heart Institute, received the maximum three-star rating for cardiovascular surgery by the Society of Thoracic Surgeons, and its Chest Pain Center earned full accreditation with the American College of Cardiology. “We perform 1,000 open heart surgeries annually and recently had a $3 million upgrade to our operating room with the addition of advanced imaging and robotic surgery equipment for cardiac procedures,” says Dr. W. Randolph Chitwood Jr., director of the East Carolina Heart Institute. “The institute has also been perfecting a new method for replacing worn-out heart valves that uses a mini-incision into the tip of the heart through the left chest. This procedure promises less pain and faster recovery times.”

Another top medical facility in the Eastern Region is Naval Hospital Camp Lejeune in Jacksonville, which broke ground in late 2012 on a $78 million construction and renovation project. It is the first major renovation since the hospital was built in 1983 to provide medical services to Marines, sailors, family members and retirees. Construction will include a new outpatient wing in the hospital and expansions of six clinics – Dermatology, Family Medicine, Ophthalmology and Refractive Surgery, Orthopedic, Physical and Occupational Therapy, and Ear, Nose and Throat. The emergency department will also increase from 10 to 16 beds, with all phases of construction scheduled to be completed by the end of 2014. A new 100,000-square-foot U.S. Veteran’s Administration health-care center is also under construction in Greenville. Set to open in 2014, the clinic will provide primary and specialty care to area veterans.

Other hospitals in the region known for their excellence include Onslow Memorial Hospital in Jacksonville, which has earned accolades for its stroke program; and Nash Health Care Systems, whose Nash Breast Care Center has been designated a Breast Imaging Center of Excellence by the American College of Radiology. Rocky Mount’s Nash General Hospital recently added a 9-bed neonatal unit and is nearing completion of a $57 million expansion that will unveil a new emergency department and heart care center.