Eastern NC serves as a major MRO hub for several branches of the military. 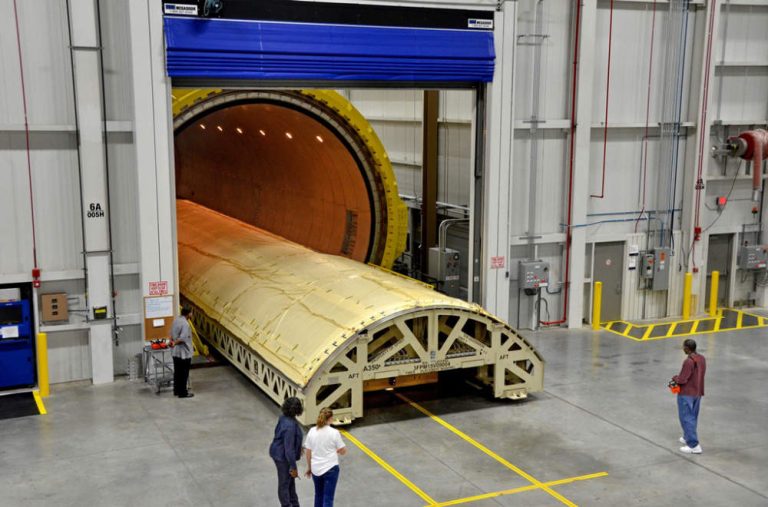 The innovative spirit Orville and Wilbur Wright exhibited in 1903 when the brothers launched the first flight from the coast of Eastern North Carolina lives on in the growing cluster of aviation and aerospace manufacturers that populate the region today.

Rising demand for commercial and some military aircraft are fueling a boom in orders for suppliers across the region; home to reputable maintenance, repair and overhaul (MRO) hubs and manufacturing facilities operated by industry leaders like Spirit AeroSystems, UTC Aerospace, Honeywell and AAR. Among the aircraft suppliers riding this wave is Spirit AeroSystems, which recently announced plans to ramp up its workforce to more than 1,000 at Kinston’s Global TransPark, where it manufactures wing spars and the center fuselage for Airbus’s A350 XWB aircraft. “Aircraft production rates on the commercial side are at historic highs, and we have increased production rates on many of our programs in response to customer demands,” says Charlie Baggett, vice president and general manager of Spirit’s A350 Section 15 Operations.

Workers Suited to the Job

Access to skilled labor and job training resources, supportive partnerships in business and government, and proximity to East Coast seaports have helped draw aviation and aerospace suppliers to the region, but it’s the workforce that keeps them there. Four military installations dot Eastern North Carolina’s map, providing a readily available pool of workers trained in skills adaptable to the industry. Thousands of military veterans in the area transition into civilian life every year from area Marine Corps air stations and an Air Force base – and many are seeking second careers suited to their technical expertise. For qualified workers, there’s plenty of work available.

“Global demand for air travel is strong and growing at a record pace; that is why we currently have a backlog of approximately $41 billion in orders, which is seven years of work,” Baggett says. If the A350 XWB is today’s commercial aircraft of the future, the F-35 fighter jet is the military’s future-is-now counterpart. The U.S. Navy Fleet Readiness Center East on board MCAS Cherry Point works on the F-35B – the Marine Corps’ vertical lift variant of the F-35. “Because of the rapidly increasing workload for the F-35 program, there are also demands for increased personnel,” says Mary Beth Fennell, FRC East’s integrated product team director, who also cites growth in the base’s V-22 Osprey workload.

As Steve Mayo of North Carolina Manufacturing sees it, the industry’s boom has given the area’s landscape a welcome makeover, from creating jobs to bringing new retail outlets and restaurants to Goldsboro, where his company is based, as well as other communities. This growth benefits the local economy, Mayo adds, giving residents an incentive to stay closer to home instead of traveling to Raleigh-Durham or beyond to spend discretionary dollars. “Thirty years ago, this industry was practically nonexistent in Eastern North Carolina, but there’s been great change since, and most of that in just the last five years,” says Mayo, whose family-owned machine shop makes precision components for suppliers such as Spirit. “There was a time not so long ago that things didn’t look so good with jobs and companies going overseas, but now we’re seeing products coming back,” Mayo continues. “Eight years ago, one customer of ours started sending the job to China because of the price, but over the years, they’ve had quality issues and have started coming back to us to make what they need and get out of a bind.” Industry leaders based in the region collaborate with area educational institutions to train workers. Spirit, for example, operates a 33,000-square-foot Composite Center of Excellence on its campus, which includes a lab overseen by Lenoir Community College that allows students to gain hands-on training in working with composites.

The region’s commitment to STEM (science, technology, engineering and mathematics, also known as ‘strategies that engage minds’) training in schools gives aviation and aerospace employers another reason to remain in the region. Efforts like STEM East, a public-private partnership that promotes STEM education in middle schools, introduce students to opportunities in these fields early on and build a homegrown base of talent for the future. “STEM exposes students to this type of career they would otherwise not know about,” Mayo says. “When I graduated high school, I only knew of this trade because of my father. Guidance counselors in those days emphasized four-year college educations. But not everyone is cut out for that.”