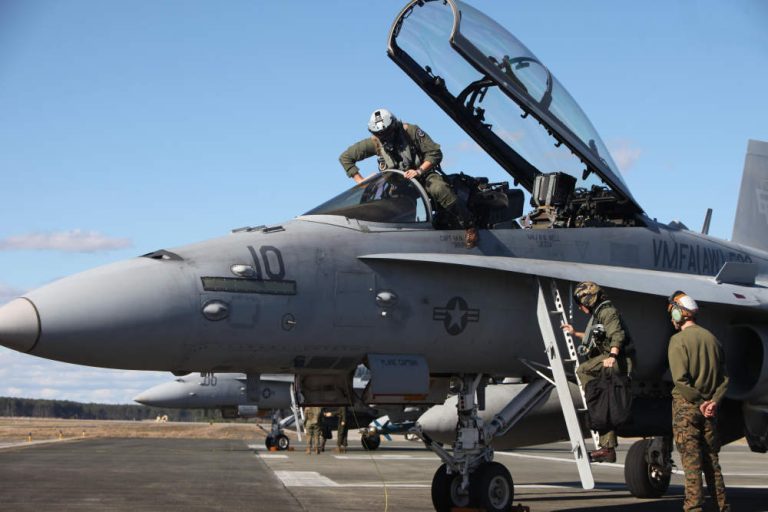 Operations by the Navy and the Marine Corps in Craven County help give the U.S. military a worldwide reach that significantly strengthens national defense while creating jobs and economic opportunity throughout the region. Combined, the U.S. Marine Corps Air Station Cherry Point and the Navy’s Fleet Readiness Center East directly employ thousands of active duty military personnel and civilian workers, many of them in skilled occupations including aircraft maintenance and air traffic control.

Direct spending for operations has a ripple effect through the economy, as do the hundreds of millions of dollars in payroll for military and civilian personnel whose spending supports local businesses. They and their families support local schools, charities, civic organizations and other institutions. Craven County also is in close proximity to other Eastern North Carolina communities that have a significant military presence, including Jacksonville, N.C., home to Marine Corps Base Camp Lejeune and Marine Corps Air Station New River, and Goldsboro, N.C.,  where Seymour Johnson Air Force base is located.

What’s Made in Craven County?

Retirees from the bases often continue to live in the community, forming a deep pool of talent that attracts additional businesses to Craven County. At Cherry Point, more than 53,000 people make up the base’s population, including active duty and retired Marines, civilian workers and their family members. Annual payroll for the nearly 14,000 Marines, sailors and civilian employees adds up to more than $1.2 billion. With the addition to retiree benefits and local expenditures for supplies and capital improvements, Cherry Point’s annual economic impact comes to more than $2 billion.

Fleet Readiness Center (FRC) East has a workforce of approximately 3,700 military, civilian and contractor personnel. Annual payroll exceeds $227 million. Many work in highly skilled occupations and are members of the International Association of Machinist and Aerospace Workers and the National Association of Aeronautical Examiners. The depot has a rapid response team of artisans and engineering personnel who can deploy anywhere around the globe within 24 to 72 hours. Located not far from Kitty Hawk, where the Wright brothers flew more than a century ago, Cherry Point is one of the Marine Corps’ most important all-weather jet bases. It’s also one of the busiest.

When visitors arrive at the 29,000-acre air station, which has multiple runways designed to handle intense air traffic and a network of ranges and auxiliary landing fields where U.S. and foreign military personnel train, they may notice a sign at the front gate. It says: “Pardon our noise; it’s the sound of freedom.” Cherry Point’s contribution to the region extends far beyond the air station’s boundaries. In 2015, it expanded its air traffic control services to cover more than 9,000 square miles of airspace for military, civil and commercial air traffic.

FRC East is one of eight fleet readiness centers operated by the U.S. Navy. It is the only fleet readiness center commanded by Marines and is also the Department of Defense Vertical Lift Center of Excellence. At FRC East, skilled artisans service and repair a variety of aircraft, including the new F-35B Lightning II, work on a number of aircraft engines and repair and rebuild avionics and dynamic components. FRC East also performs other services, including repairs of equipment used on the Marine Corps helicopters that transport the president of the United States. In addition to the Navy and the Marine Corps, FRC East provides services for the U.S. Air Force and Army, foreign nations and federal agencies.

“Our roots are deep in Craven County and have been since 1943. Our mission is as important today as it has been for the last seven decades,” says Fennell.