Made in Craven County, NC

Learn why manufacturers in Craven County, NC have made the region their destination of choice 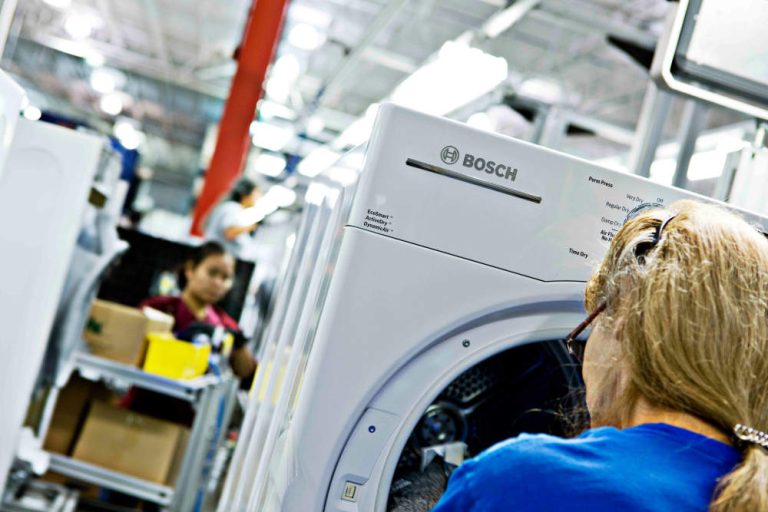 The company already employed more than 1,000 workers in New Bern, where it produces high-end dishwashers, ovens, ranges and cooktops. It began producing appliances at its New Bern facilities in 1997. In addition to expanding its manufacturing operations, BSH is expanding its central distribution and call center. The company’s overall expansion includes a new facility that will be developed on a 23.1-acre site in the Craven County Industrial Park next to its distribution operation. Moen, the international manufacturer of bath and kitchen plumbing fixtures, is also growing. The company created more jobs with the opening of a new component warehouse in Craven County. The expansion added close to 100 new jobs to the Craven County area. More than 700 are employed at the company’s assembly facility.

“Our assembly plant has been here for over 30 years … and now we have our component warehouse here in Craven County as well,” says Moen President David Lingafelter.

From its U.S. headquarters in Craven County and European headquarters in Germany, Aylward Enterprises provides specialized equipment to many of the world’s leading pharmaceutical, consumer health, animal health and contract packaging companies. Aylward Enterprises, founded in 1977, is the world’s leading supplier of specialized, solid-dose packaging equipment and is the inventor of dedicated blister feed systems. The company continues to innovate, says Jonathan Rockman, president and CEO.

“We have the latest computer numerical control (CNC) milling machines, as well as 3-D printers and the latest design software,” he says. The company, which employs 50 engineers and other skilled workers locally, has found Craven County to be the perfect place to grow due to the low cost of living and a deep pool of skilled workers. “Craven Community College has provided excellent graduates,” says Rockman. The region’s unparalleled quality of life makes it easy to recruit and keep skilled employees. “People love living in this area. We really love being in New Bern,” says Rockman.

Craven County is the business address of choice for Hatteras Yachts, whose innovative designs have had a huge impact on the motor yacht and sport fishing industries.The company, founded in 1959 in High Point, launched its first fiberglass hull sport fishing boat, named Knit Witts, in 1960. The problem was, Hatteras Yachts had to transport its boats to Morehead City to launch them, says Joe Cacopardo, director of marketing. In 1967, the company purchased a livestock farm on Blackmans Creek off the Neuse River in New Bern for its second manufacturing site and the sole launch site for all Hatteras vessels.

In 1997, High Point was shut down and all production was concentrated at the New Bern facility, says Cacopardo. Hatteras Yachts currently has more than 500 associates, plus a number of contractors. The production facility, which is on 96 acres, has 27 buildings with about 580,000 square feet of space. Recent innovations include new hull designs that provide a drier ride, hybrid propellers and “deep tunnel” designs for enhanced performance and rudder response.

“We produced Hatteras’ first fiberglass Sportfish in 1960 and first motor yacht in 1962, which revolutionized the sportfish and motor yacht industry,” a legacy of innovation that continues today, says Cacopardo.