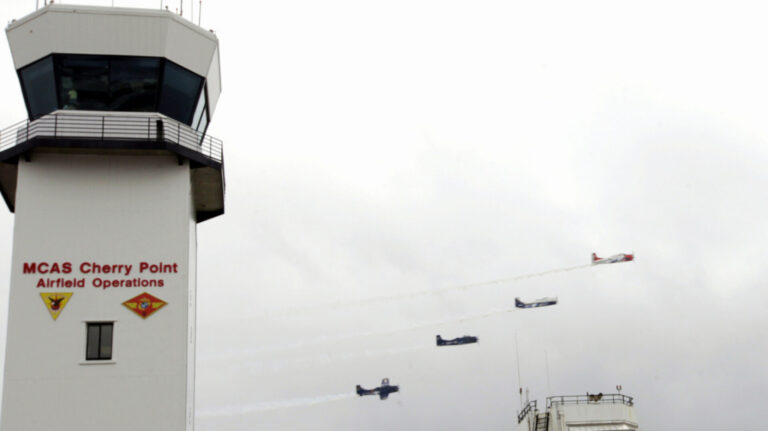 New Bern’s diverse and thriving economy reflects its enviable location along East Coast waterways and its rich history in manufacturing. The town also benefits from its close proximity to the Marine Corps Air Station Cherry Point and the Fleet Readiness Center East in Havelock.

With more than 3,000 employees, the DOD operated Marine Corps Air Station Cherry Point and the Fleet Readiness Center East in Havelock are New Bern’s largest employers. The MCAS is home to the 2nd Marine Aircraft Wing, and the Fleet Readiness Center provides aeronautical maintenance, engineering and logistics support for the Navy. Both facilities are primarily staffed by civilians, many of whom live in the New Bern area.

BSH manufactures dishwashing and cooking appliances. The company’s New Bern factory manufactures freestanding ranges and the new Ascenta dishwasher line. In 2015, the company announced a $80.7 million expansion, which will add 460 new jobs in New Bern over five years, bringing the total number of employees to more than 1,400.

A manufacturer of faucets and plumbing fixtures, Moen employs some 750 in its New Bern facility. The company announced it will build a new component warehouse in 2016 and add some 100 jobs.

Coupled with the distribution center in nearby Kingston, the new warehouse will make it easier for the company to expand its East Coast customer base.

The Craven County Schools system, which serves the communities of New Bern, Havelock, Cove City, Trent Woods, River Bend and Vanceboro, is comprised of 25 schools. The system serves more than 15,000 students and employs more than 1,000 including 843 teachers and staff, making it New Bern’s second largest employer.

Part of CarolinaEast Health Systems, CarolinaEast Medical Center is New Bern’s third-largest employer. The 350-bed hospital is the health system’s flagship facility and serves more than 75,000 patients each year. The staff includes some 230 physicians as well as 1,800 professional support and auxiliary staff.