Craven County, NC is rich in history and culture 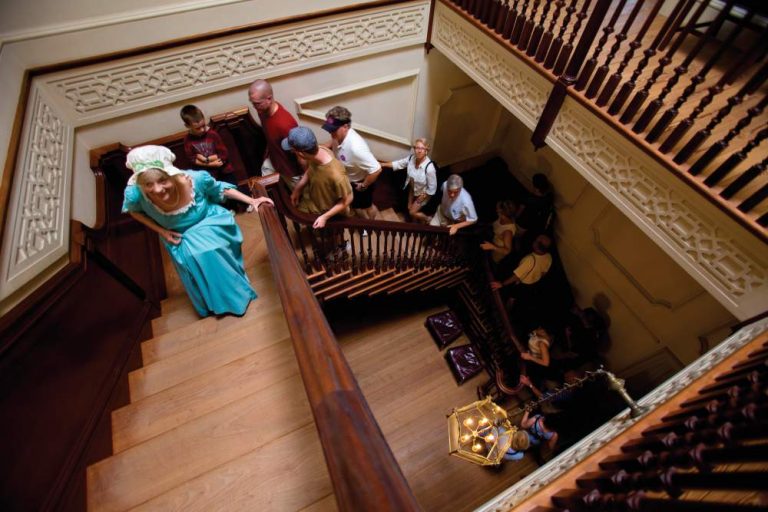 It is rare to find a place where you can explore both Colonial and Civil War history in the morning, enjoy an outdoor festival in the afternoon and then take in a live theater performance in the evening. More rare still is to be able to do all those things in a county with a population of approximately 100,000 people. But that is exactly what’s possible in Craven County. History and culture are as prevalent as water in this coastal North Carolina region, from Civil War battlefields and centuries-old architecture to art walks and a full slate of annual festivals.

“We have a remarkable diversity of programs in arts and history that greatly enrich the quality of life,” says Nelson McDaniel, president of the New Bern Historical Society. “People come here knowing that this area has a fairly small population, and they think there might not be enough to do. Instead, they are usually overwhelmed. The most common comment I hear from people is that there is an incredible amount of things to do here.”

What’s Made in Craven County?

Craven County and its capital of New Bern were founded in the early 1700s by Swiss immigrants, who named their settlement after Bern, the capital of Switzerland. New Bern was the original capital of North Carolina, and in 1774 it became the location of the first Provincial Congress in the colonies, a move that was in direct defiance to British orders. That inaugural Provincial Congress met at Tryon Palace, a government mansion built in the 1760s. A replica of the original building, which burned down, is now home to the North Carolina History Center. The entire facility has seven buildings, three galleries and 14 acres of gardens, with plantings designed to depict three centuries of landscaping techniques.

Craven County played an important role in the Civil War as well. New Bern was one of the largest cities in North Carolina at the time, with a railroad line that was a key supply route for Confederate forces. In March of 1862, Union forces attacked New Bern and eventually gained control of the city, and it remained a Union enclave and a safe haven for escaped slaves for the remainder of the war.

“That battlefield today is owned by the New Bern Historic Society and is well worth a visit,” McDaniel says. “It’s just one of the many wonderful historic sites in New Bern. We have three historic districts – soon to be four – that provide a tremendous architectural as well as social history. “Most people who come here are surprised, both by the significance of the history as well as the sites that are telling it and how well the story is told. We can lay claim to a great history and to a very informed way of sharing it with our local people and others.”

Of Stage and (Festival) Scene

Craven County also has a vibrant arts-and-culture environment. For nearly 40 years, live theater productions and concerts have been held at the New Bern Civic Theatre. Located in a restored building that was constructed in 1911 and housed the old Athens Theatre, the NBCT offers Broadway productions, Shakespearian plays and classic musical performances such as The Nutcracker.

The Craven Arts Council & Gallery promotes countywide cultural initiatives through art exhibitions and musical concerts, with events held at both the downtown gallery location and throughout the community. One of the highlights is the monthly ArtWalk, where galleries and restaurants stay open for extended hours and sponsor special events. Festivals take place in Craven County on a regular basis, from barbeque cook-offs to antique shows to the new Wings Over Bridgeton seaplane exhibition. The largest event is the annual MumFest, which attracts more than 60,000 people each fall to New Bern’s waterfront for a wide variety of entertainment, attractions, exhibitors and food offerings.

“There are numerous events here almost every week,” McDaniel says. “There is good music, we have great art venues and shows, and our history is relevant on both the state and national level. There’s just a lot to do here, more than most people realize.”