From high school sports to hometown festivals, Johnston County has many celebrations. 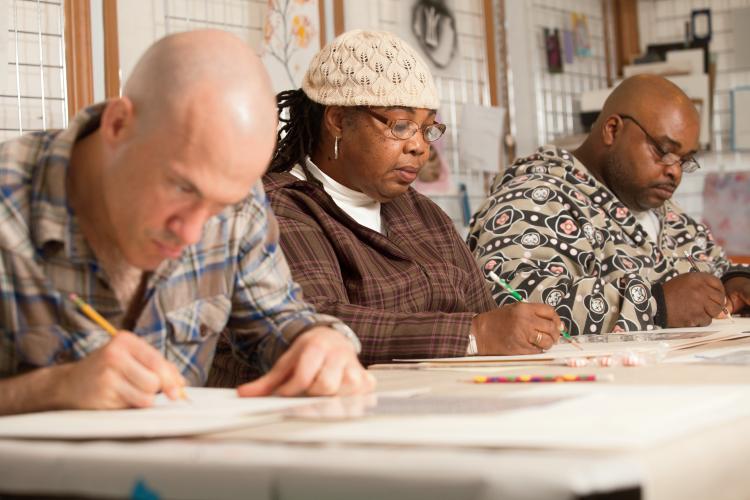 Just a short time in Johnston County reveals the strong sense of community that characterizes the area. Whether it’s the roaring cheers at a high school basketball game, friendly chatter while shopping in one of Johnston County’s quaint downtowns or the feeling of warm fellowship at a crowded local church service, connectedness and community spirit radiate from the people and weave throughout their lifestyles.

It’s what keeps families like the Williamses returning to live here, generation after generation. Bob Williams met his wife, JoAnn, while they were both serving in the Korean War. When the war was over, they returned to Johnston County, where his family had lived for more than two centuries. Sixty years later, the Williamses have raised four children on the Williams family farm, and two of those children are now raising their own families just down the road.

“We’ve never had any reason to leave,” JoAnn Williams says. “We have always liked the small-town atmosphere.”

Like the Williamses, many residents who grow up in Johnston County want to stay nearby after they’re grown. They want their own families to share their hometown pride and participate in local events, such as the community festivals that provide opportunities to celebrate and enjoy the region year after year.

“Being involved in local festivals is a generational thing. If your parents did it, you want to find a way to be involved and enjoy it with the next generation,” says Paul Dunn, who organizes the Benson Mule Days festival each September that he describes as “Mardi Gras, western-style.”  Dunn is the third generation in his family to help produce the festival.

Almost all of Johnston County’s other communities host festivals and other community events throughout the year, each with at least one flagship festival that in most cases celebrates that town’s identity with its theme.

“The level of support that high school athletics receives in Johnston County is great and getting better all the time,” says Clay Best, sports editor for the Smithfield Herald. “The opening of three new high schools in the past decade has helped to tighten community ties and brought new families into the county who are looking for community-related activities to take part in. Likewise, the bonds at older high schools remain strong with many of the same faces gathering in gyms and football bleachers year after year. There’s nothing quite like high school athletics to build community spirit.”

Perhaps the easiest way to experience Johnston County spirit is simply to walk through the downtown districts of any town in the county. Listen to trains whizzing by on the tracks, meander through unique shops and galleries, and linger on a front porch over a glass of tea.

“I get many comments about the beauty and the calming effects that people get when they visit the downtown center,” says Bonnie Light, owner of the Eye of the Eagle Art Center in downtown Clayton. “This is what I think is the most appealing aspect of living and doing business in a small town.”