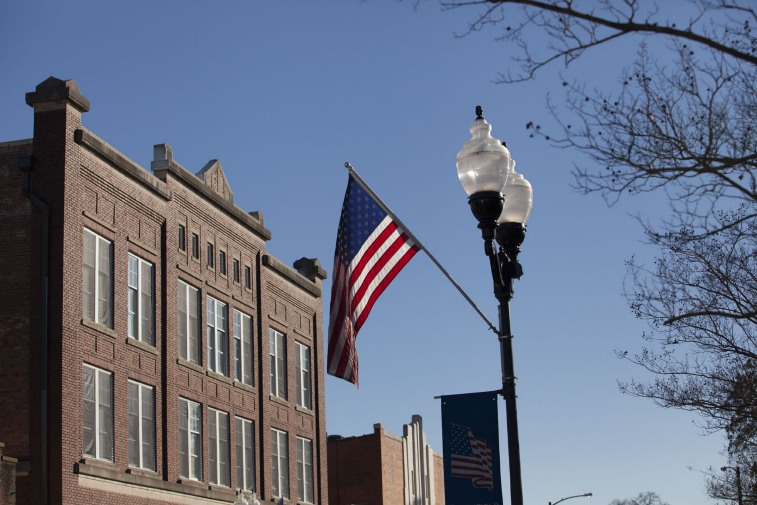 Located within a region known for big-city development and amenities, Johnston County’s small towns offer something a bit different: the charm of Main Street.

Many prefer the fast pace and myriad options of bigger cities, yet residents here are within a few hours’ drive to Richmond, Va., Charlotte, N.C. and Charleston, S.C. For a growing number of people, Johnston County’s convenient location answers the need for a more relaxed pace, friendly local shopping and fun community events. That lifestyle is most evident in the county’s many quaint downtowns, each with its own unique character.

Take Princeton, for example, population a bit more than 1,200, and Johnston County’s smallest downtown. Its downtown is known to locals as “uptown,” where homegrown businesses pack it with more personality than many much larger cities.

Another small town, Four Oaks, named for a 19th-century landmark, takes its Civil War history seriously. As the site of the Bentonville Battlefield, it hosts reenactments and historic programs, in addition to such modern-day family fun as the Living History Fall Festival, and the Four Oaks Christmas Parade. With a population slightly more than 1,800, it takes pride in its laid-back ambiance.

Benson, pop. 3,400, is similar to Princeton in that it draws military families, but in its case, the proximity is to Fort Bragg. However, Benson has a much larger downtown district that contains 100 businesses. Fifty-four acres of the district are listed on the National Register of Historic Places. Benson offers an impressive number of incentives for downtown redevelopment and improvement, and is part of the North Carolina Main Street program, which offers substantial guidance and funding to support the vitality of the state’s historic downtowns..

Selma, population about 6,000, is widely known for The Rudy Theatre, a 525-seat downtown venue that’s home to the American Music Jubilee and other live performances. Selma’s downtown bustle has made it famous as the Antique Shopping Capital of North Carolina.

Among the many charming downtown attractions are the fully restored Selma Union Depot, built in 1924, and a working Amtrak stop, and Mitchener Station, built in 1855 and said to be the oldest train station in North Carolina.

Downtown Smithfield may be best known for its many events.

“We do a lot of events in our downtown, a wine walk, the Ham and Yam festival, the Christmas parade and tree lighting, July 4 fireworks, a summer concert series,” says Sarah Edwards, interim director of the Downtown Smithfield Development Corporation. “And if you want something you can’t find anywhere else, you’d come downtown – it’s really the center.”

Downtown revitalization has been an important focus in Smithfield and other nearby communities, where rehabbing and repurposing old buildings, streetscape improvements, attracting new business to the downtown core and supporting existing businesses are crucial. It is part of the North Carolina Main Street Progam.

“We are a great community where the majority of folks are very supportive of our downtown and the things we are trying to do,” says Bruce Naegelen, director of downtown development for Clayton, a Main Street community that is also “working away” at an ambitious downtown master plan.

Town Square is home to concert series, festivals, and other events year round. Horne Square brings people downtown for the weekly farmers market, the Millstock Music and Art Fair, Halloween and Christmas parades and more. The Mosaic Community Garden, a former vacant lot, is now a much-loved Main Street amenity.

Clayton is a “working downtown utilized by people for their everyday needs,” Naegelen says. “We’re well-rounded.”