Fargo residents have many opportunities to get active throughout the year 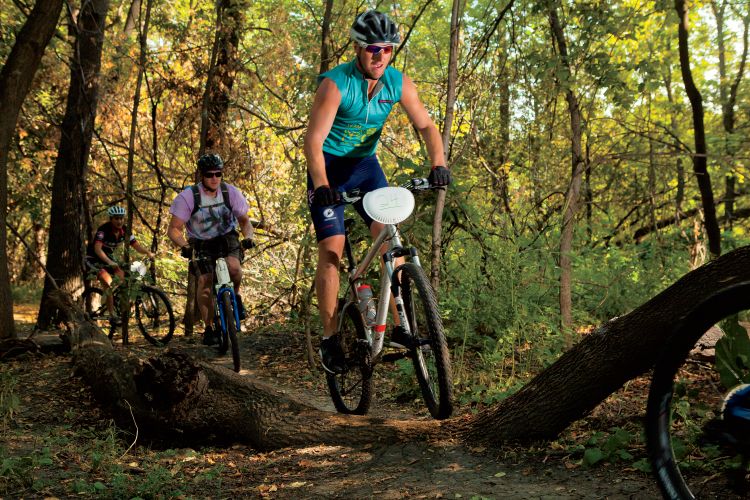 Fargo-Moorhead has many outdoor activities and don’t-miss sporting events throughout the year.

Named a top 50 bike-friendly community by Bicycling magazine in 2011, Fargo is accommodating more cyclists than ever. The city recently developed a plan to create additional on-street bike lanes in the community, particularly in the 6-square-mile area that includes the central business district, a hospital, North Dakota State University‘s main campus and the city’s downtown. Currently, Fargo features more than 33 miles of on-street shared and designated bicycle lanes, and the city’s bike share program allows people to rent a bike for a small daily fee.

Great Northern Bicycle Co., a.k.a. Island Park Cycles, a bicycle shop located at the Great Northern Depot, has been serving the Fargo community since 1987, providing new and used bicycles, parts, accessories and more.

In addition to a strong cycling community, Fargo is home to devoted runners. With 24,000 runners, the Fargo Marathon (a Boston Marathon qualifier), takes place annually and recently earned a spot on a Runner’s World bucket list of 10 Small Town Marathons. The marathon, which begins and ends at the Fargodome, includes related events that span an entire weekend, such as the Fargo Marathon Youth Run, Swanson Products Health & Fitness Expo and more. Runners can also opt to participate in the half-marathon, which covers 13.1 miles, or the 6.2-mile 10K Run.

The course features live music from more than 60 bands, and after the race, finishers receive medals and are treated to a post-race concert.

In the Fargo-Moorhead area, you don’t have to go far to hit the trails. In many cases, you don’t even need to drive. Fargo maintains 85 miles of scenic paths for walking, running, biking and in-line skating, plus four cross-country ski trails, including some along public golf courses.

The trail system has received regional and national awards, and the city keeps building more trails. In 2008, Fargo finished a 12-foot-wide trail along a drainage canal that eventually will include a bridge connecting to Osgood Park and the last leg of the Red River Trail. This trail runs through Wildflower Grove Park and creates a loop through downtown Fargo and nearby Moorhead.

The city also features the Sports Bubble, a top-notch practice facility that is home to an indoor driving range, golf simulators and a mini-golf course. Golf lessons are available Monday through Saturday.

When it comes to sports, the region is home to Fargo-Moorhead Redhawks baseball and Fargo Force, a junior hockey team that plays in the USHL. And don’t forget that New York Yankee great Roger Maris is a Fargo native. The museum that traces his career has film footage of his last 12 home runs in 1961, the year he broke Babe Ruth’s single-season record.

When local bodies of water freeze over, it’s the perfect time for curling. Fargo has the Fargo-Moorhead Curling Club, with men’s and women’s leagues, as well as a new $2.5 million facility with an ice arena.

Folks in the metro take full advantage of the great fishing, swimming and relaxing at the 10,000 lakes of all shapes and sizes just a short drive into Minnesota Lakes Country. There are also many state parks to enjoy (check out Itasca State Park for starters).

Find more fun things to do in Fargo, ND.