Theater and live performances in Fargo, ND are well supported by the community and enrich the area's quality of life. 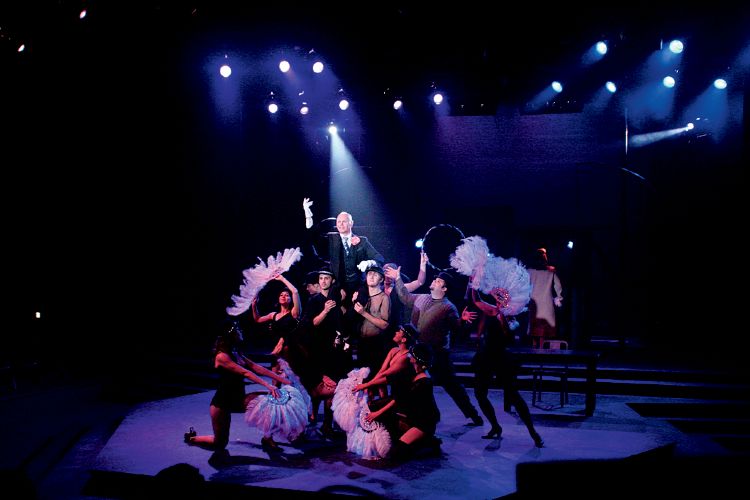 For Gen Eidem, a frequent theater-goer in Fargo-Moorhead, live dramatic productions “feed the soul,” she says. “Theater contributes to the quality of our life by energizing us and by providing a means for us to come together for a common reason. There is something totally magical about theater, and believe me, we don’t have to fly off to NYC to find good productions. We have them right here in our area.”

Eidem isn’t alone in her appreciation for local theater. The dramatic arts have long been an important part of the Fargo-Moorhead community.

“We have always had a strong history of supporting the performing arts, and in the recent past, that has really grown,” says Dayna Del Val, executive director of The Arts Partnership. “The community has been very supportive of the work being done by the various theatrical companies with both financial assistance and with attendance. This is a community that seems to really value live performance.”

And theaters in Fargo-Moorhead offer live performances in a number of styles and genres, including musical theater, classic American theater, contemporary theater and true community theater, Del Val says. The community also offers dramatic programming for every age group, from the very youngest children all the way up to senior adults.

“We now have multiple summer programs specifically geared for elementary, junior and senior high school students,” Del Val says. “We have also seen a surge in the number and variety of types of adult theatrical experiences being offered throughout the community.”

“One of my favorite things that I take away from my involvement in the theater is meeting new people,” says Linda Hinrichs, who has performed in plays with several local companies. “I consider it a very special treat when I have the opportunity to perform with others that I have been on stage with before. I appreciate the experience of working with different directors and learning from them, as well as the people I am acting with.”

Over the past several years, Fargo-Moorhead has become a haven for performers, theater buffs and theater novices who want to experience something new. And the dramatic arts have made Fargo-Moorhead a richer, more interesting place to live.

“On any given weekend throughout the year, there is at least one live theatrical performance going on somewhere, and often, there is more than one,” Del Val says.

“Our programming has expanded and increased as our quality of life has. It’s been a very symbiotic relationship, as the demand for both more theatrical programming and quality of life issues have grown up together. Today, there is cutting edge theater being produced [here] as well as contemporary and classical musicals. The best of American theater and Pulitzer Prize-winning plays are being done. Comedies, dramas, farces, musicals and more are showcasing the best of the theatrical experience to our audiences and our actors.”

Explore more on the arts in Fargo, ND.